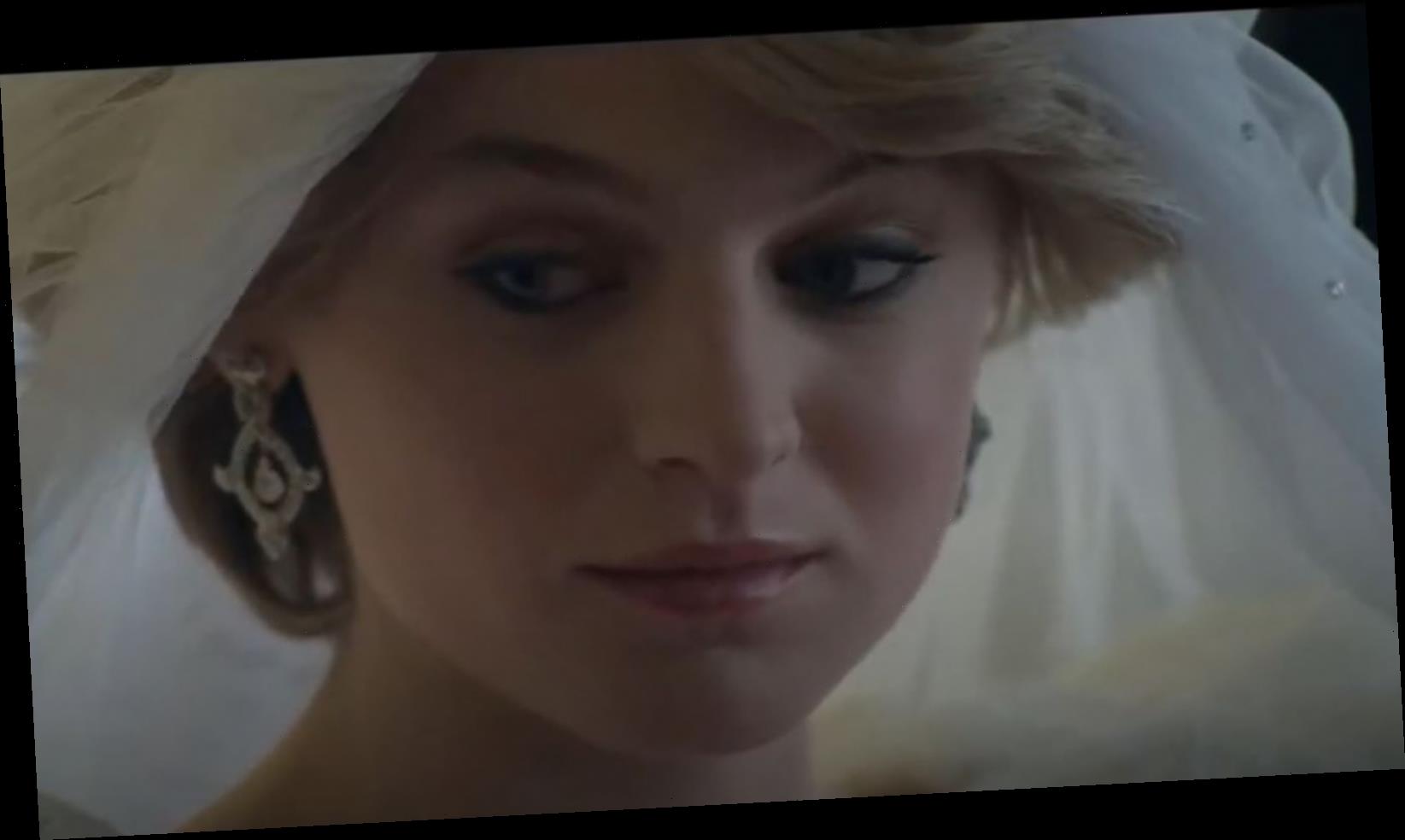 The Crown has never skimped on costumes and the reproduction of Princess Diana’s wedding dress on the show is no exception to this. The stunning gown was recreated in painstaking detail, in spite of the fact that the wedding itself wasn’t even shown in its entirety on the popular Netflix show.

The dress took a whopping 14 weeks to complete, and The Crown even hired the lace company that worked on the original gown. Emma Corrin, who portrays Princess Diana on the show, attended five fittings to ensure the dress hung just right.

“The fittings took a long time,” said Corrin in a featurette about costumes on The Crown’s season 4. “I remember the first one, I was like, ‘Should my mum be here?’ I was like, ‘This is such a… it is a wedding dress fitting. It might be the only one I do in my life.'”

Getting into the voluminous dress was quite the feat. “We were filming the scene when you first see her in the wedding dress – I think it was Lancaster House in London – and I had a team of about 10 people helping me put it on, because it’s massive,” Corrin told British Vogue. “I walked out and everyone went completely silent. More than anything else I wear in the series, it’s so… It’s her.”

Landing the role of the iconic royal was a dream come true for Corrin, who has always admired Princess Diana. Her resemblance to the late princess is uncanny, but Corrin also did extensive research into Diana’s life to prepare her for the role.

“I feel I’ve got to know Diana like you would a friend,” she said. “I know that sounds really weird, but I get a great sense of companionship from her. I suppose, over time, you kind of start to patch together a sense of empathy and a sense of understanding. I love figuring people out.”