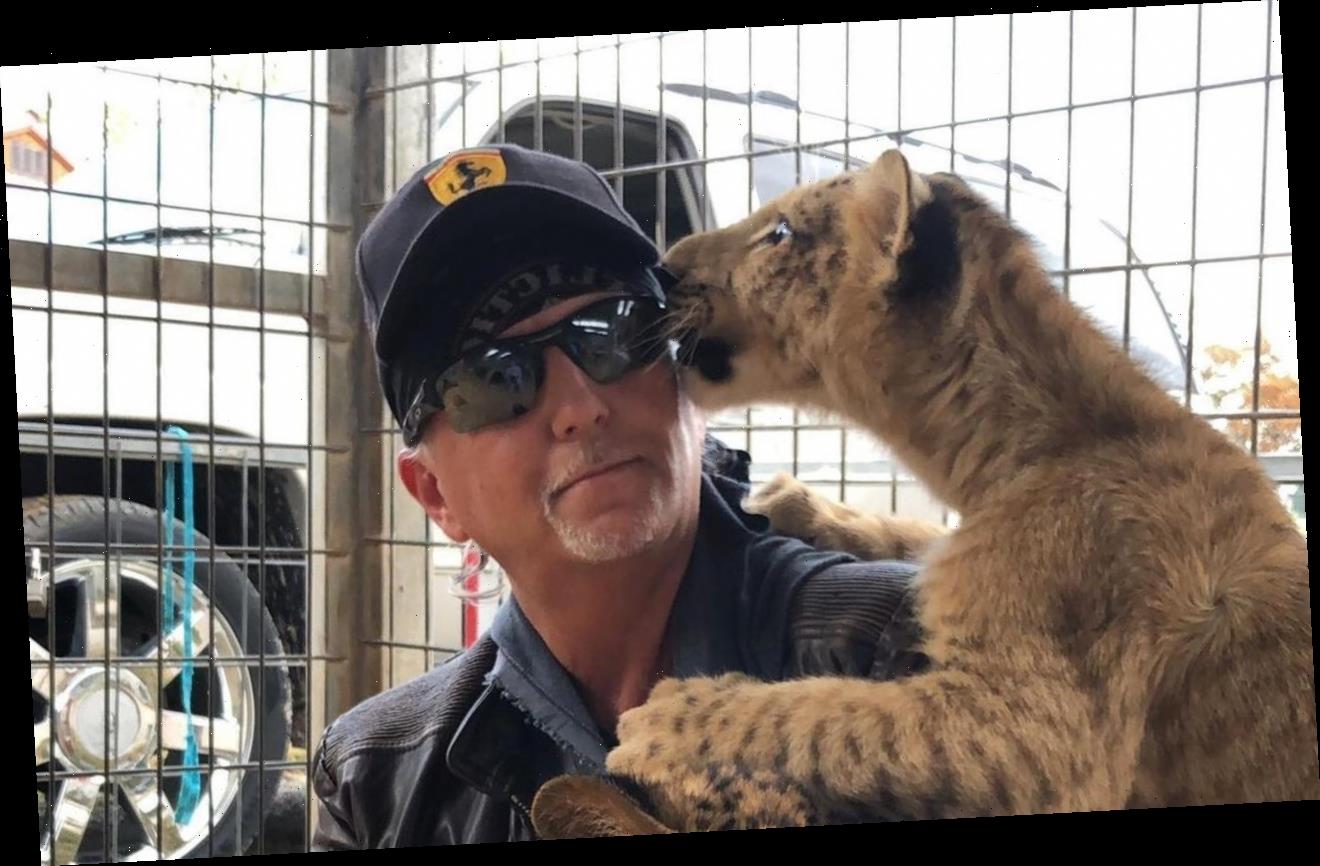 The former business partner of Joe Exotic is taken to court by the United States Department of Justice for allegedly violating the Endangered Species Act and the Animal Welfare Act.

AceShowbiz -“Tiger King” ‘s Jeff Lowe and his wife Lauren are facing a civil lawsuit from the United States Department of Justice for allegedly violating the Endangered Species Act and the Animal Welfare Act.

Until August, 2020, Jeffrey and Lauren operated the Greater Wynnewood Exotic Animal Park in Wynnewood, Oklahoma, where they exhibited dozens of animals protected by the Endangered Species Act, including tigers, lions, various big cats, a grizzly bear and ring-tailed lemurs.

However, Jeff’s exhibitor license was suspended as investigators said several of his animals appeared to be weak and neglected during the routine inspection, after which a 16-week-old lion cub was taken to a vet for urgent care due to being underweight.

According to the filing, submitted in federal district court in Oklahoma, officials are demanding the pair relinquish possession of endangered animals and to stop exhibiting animals without a license.

“The Lowes’ failure to provide basic veterinary care, appropriate food, and safe living conditions for the animals does not meet standards required by both the Animal Welfare Act and the Endangered Species Act,” said Jonathan D. Brightbill, principal deputy assistant attorney general of the Environment and Natural Resources Division, in a statement.

“Exhibitors cannot evade the law simply by shutting out the USDA and moving their animals elsewhere. The Department of Justice will support the USDA in pursuing those who violate federal animal protection laws.”

The lawsuit alleges the couple did not provide timely and adequate veterinary care, which in some cases resulted in the deaths of animals, highlighting a number of preventable conditions present in several of the animals, along with further mistreatment and malpractice.

The lawsuit states officials are also seeking a court order to permit the immediate inspection of the facility to prevent the Lowes from exhibiting animals either in person or online, reported MailOnline.

Jeff took control of Joe Exotic‘s old animal park, which featured in the hit Netflix documentary “Tiger King: Murder, Mayhem and Madness” in March, after its former owner was incarcerated for 22 years for plotting to murder fellow animal park owner Carole Baskin, among other charges.

Earlier this year, Carole was awarded the zoo following a $1 million (£820,000) trademark judgement against Joe, real name Joseph Allen Maldonado-Passage, following years of legal spats. In early June, it was reported Lowe had 120 days to vacate the premises and remove all remaining animals from the property.

Divock Origi next club odds: Leeds, Southampton and Wolves in the hunt for Liverpool outcast as January transfer looms