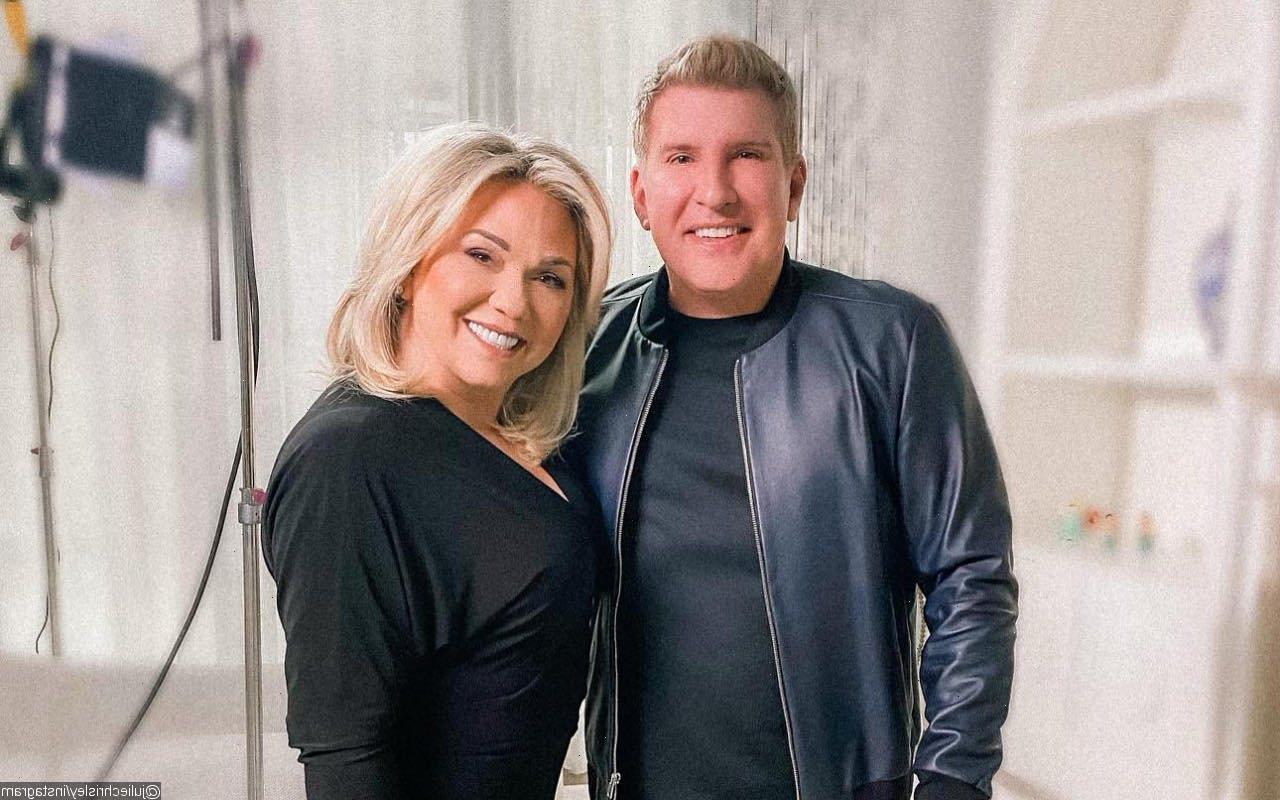 The sentencing comes one week after their son Grayson Chrisley was rushed to hospital with ‘potential head injury’ after a serious car accident in Nashville.

AceShowbiz –Todd Chrisley and his wife Julie Chrisley are expected to live behind bars for more than a decade. Five months after being found guilty of bank fraud and tax evasion, the “Chrisley Knows Best” stars were sentenced to 19 total years in prison.

On Monday, November 21, Judge Eleanor Ross sentenced 53-year-old Todd to 12 years in prison, while 49-year-old Julie was sentenced to seven years. The couple will reportedly have to serve 16 months of probation as well.

Prior to the sentencing, prosecutors had recommended nearly 22 years behind bars for 53-year-old Todd and 12 years for 49-year-old Julie after they were found guilty of multiple charges in June. “The Chrisleys have built an empire based on the lie that their wealth came from dedication and hard work,” prosecutors wrote in a sentencing memorandum on November 16.

“The jury’s unanimous verdict sets the record straight; Todd and Julie Chrisley are career swindlers who have made a living by jumping from one fraud scheme to another, lying to banks, stiffing vendors, and evading taxes at every corner,” the memo read.

Todd and Julie’s sentencing came one week after their son Grayson was involved in a serious car accident in Nashville. The 16-year-old reportedly suffered bad injuries, including a potential head injury and was transported to the hospital after the crash.

Todd and Julie, who have been married since 1996 and share son Chase, 26, daughter Savannah, 25, and Grayson, were engulfed in a weeks-long trial that ended in June when they were convicted of tax evasion, bank fraud and conspiring to defraud the IRS. Todd, who also shares daughter Lindsie, 33, and Kyle, 31, with ex-wife Teresa Terry, denied the claims in a lengthy statement, alleging his and Julie’s former employee Mark Braddock was trying to get “revenge” on them.

“He took a bunch of his phony documents to the U.S. Attorney’s office and told them we had committed all kinds of financial crimes, like tax evasion and bank fraud,” Todd said in 2019. “That got their attention all right, but once we had a chance to explain who he was and what he’d done to us, they realized it was all a bunch of nonsense and they sent him on his way.”

“[He] persuaded a different set of investigators at the U.S. Attorney’s office not only to reopen the case,” he added, “but also to grant him immunity from prosecution for his own crimes and bring charges against us.”

After the jury reached a verdict, the couple’s lawyer, Bruce Howard Morris, said he was “disappointed” and noted that “an appeal is planned.” Meanwhile, a source said at the time that “the entire family is devastated about the verdict” as they “[weren’t] sure what this means for the future of “Chrisley Knows Best” and other projects.

“No one knows what’s going to happen or what to do at this stage,” the insider continued. “Any future planning in Todd and Julie’s life is pretty much on pause until they learn of the sentencing in the fall. It’s horrible news and they were not expecting to be found guilty. Their whole life changed in that moment.”

Although Todd and Julie face a heavy future, the family is pulling together behind their parents. Todd’s daughter Lindsie is supporting her father despite their previous public conflicts. In a statement she posted on Instagram Story, she explained that “the verdict is not what [she] had hoped or prayed for” and that she’s “deeply saddened for [herself], [her] son and [her] family as a whole.”