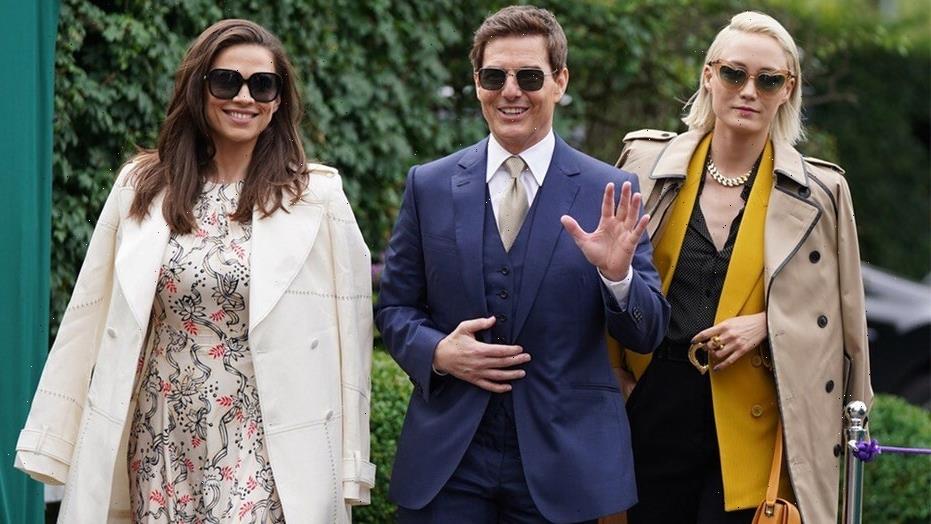 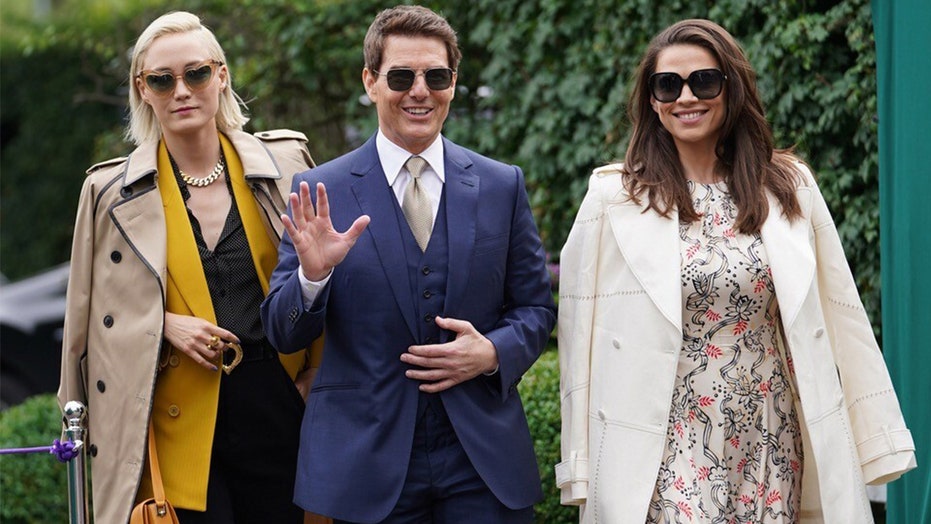 Hollywood superstar Tom Cruise was spotted attending the women’s finals at Wimbledon Saturday alongside English actress and rumored girlfriend Hayley Atwell as well as another co-star from an expected upcoming blockbuster.

The duo reportedly grew close while filming “Mission: Impossible 7” and were photographed arriving at the Grand Slam tournament at London’s All England Lawn Tennis and Croquet Club with Pom Klementieff, who also appears in the film. 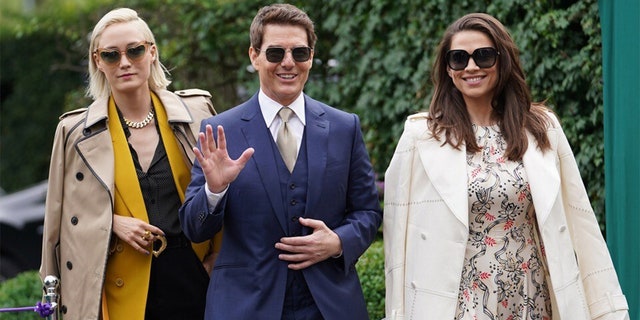 The 59-year-old Cruise wore a three-piece blue suit and a taupe tie to compliment his companions.

Atwell, 39, chose a flowery dress, red heels and cream trench coat. Klementieff, 35, chose a black and yellow pantsuit and a black-buttoned trench over the shoulders.

In December 2020, a source from the “Mission: Impossible 7” set claimed that Cruise and Atwell had “hit it off from day one” and were romantically involved after meeting during the coronavirus pandemic.

Cruise was first married to actress and producer Mimi Rogers from 1987 until 1990. That same year, he tied the knot to his second wife, actress Nicole Kidman. The pair share two children: Isabella, 27, and Connor, 25. The couple called it quits in 2001. Then in 2006, Cruise said “I do” once more to actress Katie Holmes. That union lasted until 2012. They have a daughter named Suri, 14.

Australian Ash Barty took the first 14 points before beating Karolina Pliskova 6-3, 6-7 (4), 6-3 at the All England Club on Saturday for her second Grand Slam title, becoming the first woman from the Land Down Under to win the tournament since Evonne Goolagong Cawley in 1980.

Fox News’ Stephanie Nolasco and the Associated Press contributed to this report.