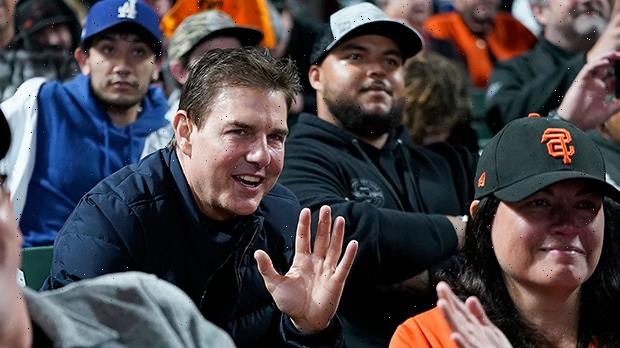 It was a father/son day out for Tom and Connor Cruise as they attended a baseball playoff game together on Oct. 9.  Tom was interactive with the crowd around him as he spent some time with his only son.

Tom Cruise attended the San Francisco Giants vs. Los Angeles Dodgers game in San Francisco on Oct. 9, and he was joined by his son, Connor Cruise, 26, for the ball game. It’s extremely rare for Tom to be photographed out with any of his kids, so this was quite an unusual sighting. The action star was all smiles as he sat beside his adopted son and took in the game, while also taking the time to chat with fans who were seated around him. 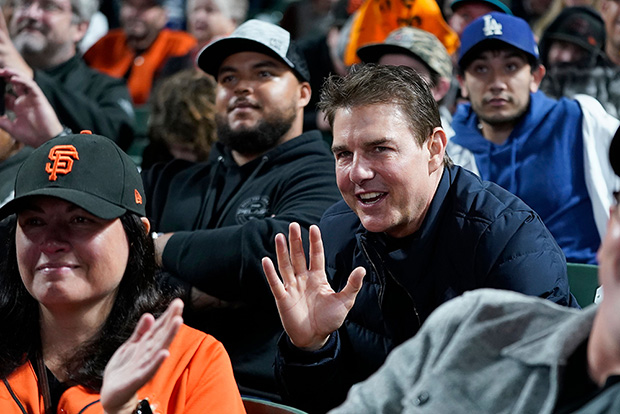 Video from the stands show Tom taking selfies with fans and shaking hands with a big smile on his face. Connor was seated to his right and seemed unbothered by all the attention that his famous father was getting. The men were just a few rows back from the field, so they had great seats to watch as the Dodgers dominated the Giants in a 9-2 victory. 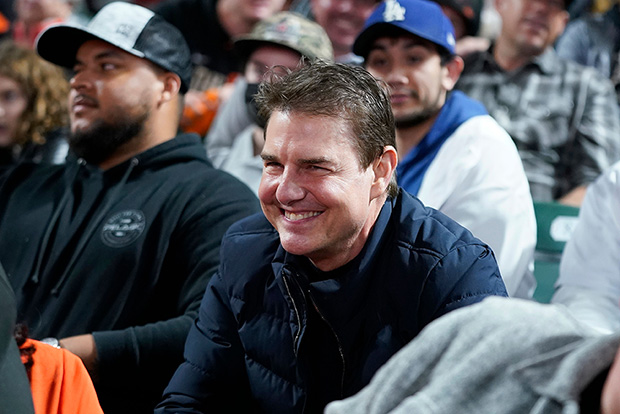 Tom adopted Connor with his then-wife, Nicole Kidman, in the mid 90s. The two also have an adopted daughter, Isabella Cruise, who is 28. Tom and Nicole divorced in 2001, and for the most part, Isabella and Connor have enjoyed a life out of the spotlight. Like their father, Bella and Connor are both Scientologists.

Despite living a more low-key lifestyle than his parents, Connor boasts more than 30,000 followers on Instagram, where he publicly gives updates on his life once in a while. Quite often, Connor shows off his love for fishing, revealing his catches while hanging out on boats with his friends. He also has a food-based Instagram account called Connor’s Meat Shack, where he posts photos brisket, burgers, chicken and more.

In addition to Connor and Isabella, Tom also shares a daughter, Suri Cruise, 15, with ex-wife, Katie Holmes. Meanwhile, Nicole has two daughters, with her now-husband, Keith Urban — Sunday Urban is 13, while Faith Urban is 10.