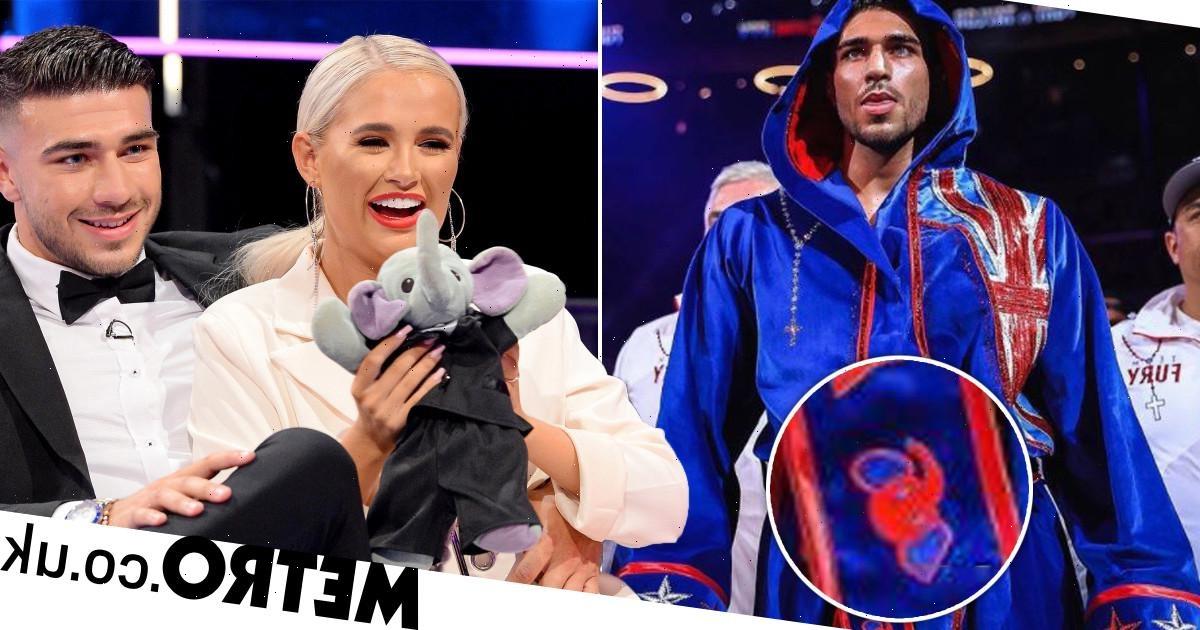 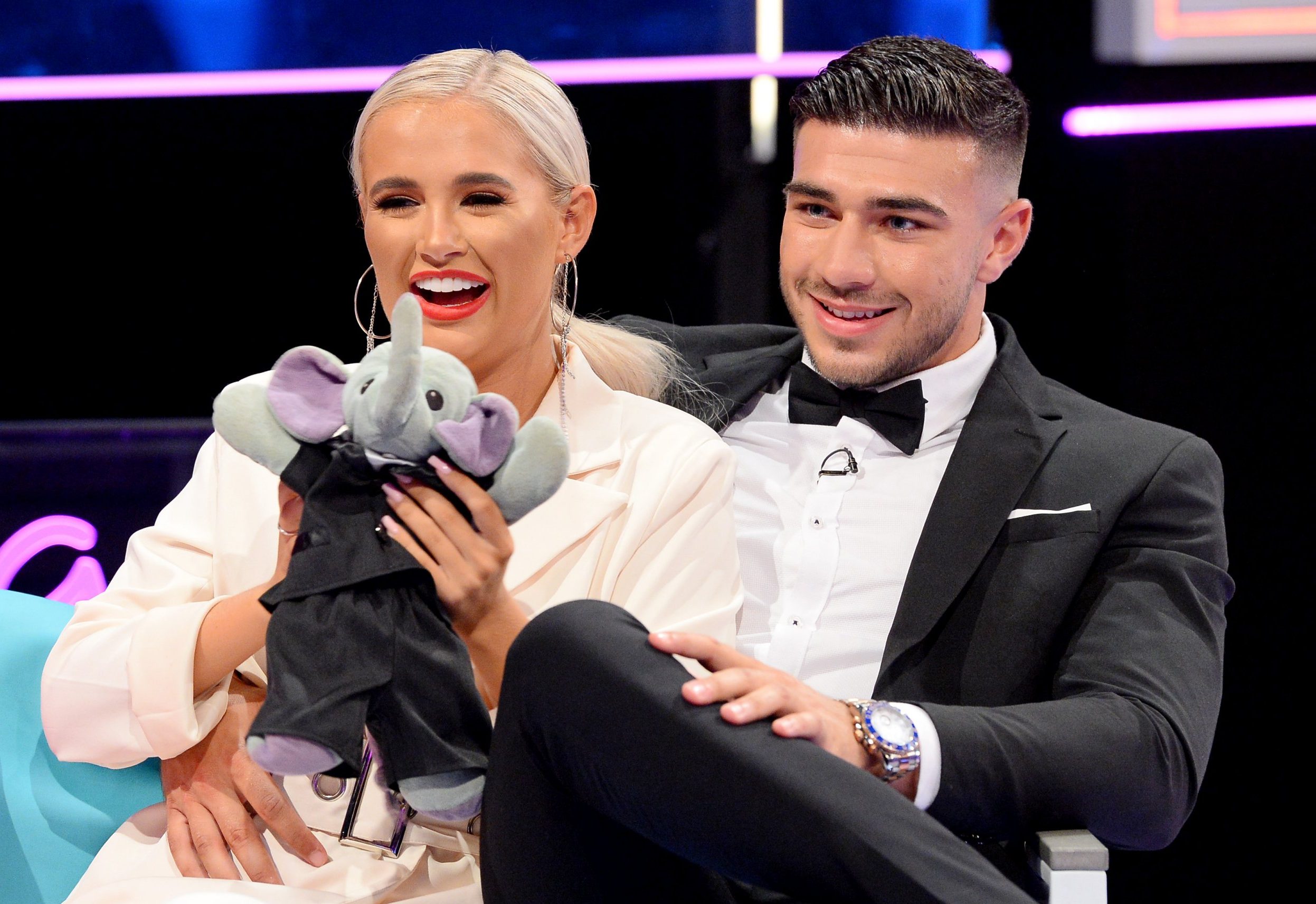 Tommy Fury may have paid tribute to Molly-Mae Hague after winning his boxing bout against Anthony Taylor on the weekend, but look a little closer and you’ll spot an even sweeter nod to his girlfriend.

The former Love Island star made his debut in the States on Sunday night, facing off on the undercard on Jake Paul’s fight vs Tyron Woodley in Cleveland and beating Taylor in a unanimous decision after four rounds.

In an incredibly sweet ode to his partner, who was recently named Creative Director of PrettyLittleThing, Fury’s robe revealed while the influencer and entrepreneur may not be with him in the room, she wasn’t far from his mind as an elephant was stitched on his outfit.

If you remember the pair’s 2019 season of Love Island, Hague’s stuffed toy elephant, Ellie Belly, made a starring appearance and has been a front-row spectator to their relationship ever since.

The red and blue symbol followed right after the Fury on the belt, and while it may be an adorable inclusion it didn’t soften the reality star and boxer’s steely glare as he made his way to the ring.

Clearly a symbol of his partner, Fury’s gesture didn’t go missed by fans, with one writing: ‘It’s Ellie bellie on the robe for me.’

Even the PrettyLittleThing Twitter account was loving the move, as it shared the image and wrote: ‘Not @tommytntfury having Ellie Belly on his boxing robe.’

Another shared a wise hot take: ‘Tommy Fury having ellie belly on his robe as a good luck charm .. ladies never settle for anything less.’

Celebrating his win, Fury had previously shouted out both his dad, and girlfriend, who couldn’t be there.

The 22-year-old said: ‘Dad, Molly, I wish you could be here tonight, but that was for you. We’re learning, we’re building, we’re gonna keep winning, and hopefully you can be here next time.

Hague, 22, was watching from the UK, and shared clips of the man, captioning them: ‘7-0. Champion’ before she added: ‘Get home boy.’

Fury also used his post-fight interview to call out Jake Paul and pledge to fight him in the States, after beating his sparring partner.

He said: ‘He’s got no excuse in not taking the fight. Let’s get it on Jake Paul. I’ve done my bit, you do your bit tonight, and we’ll get it on.

‘It should be easy enough for him. You win four rounds with your sparring partner, jump in the ring. It should be no test at all.’

We take it this won’t be the last time we see little Ellie Belly work her magic ring-side.