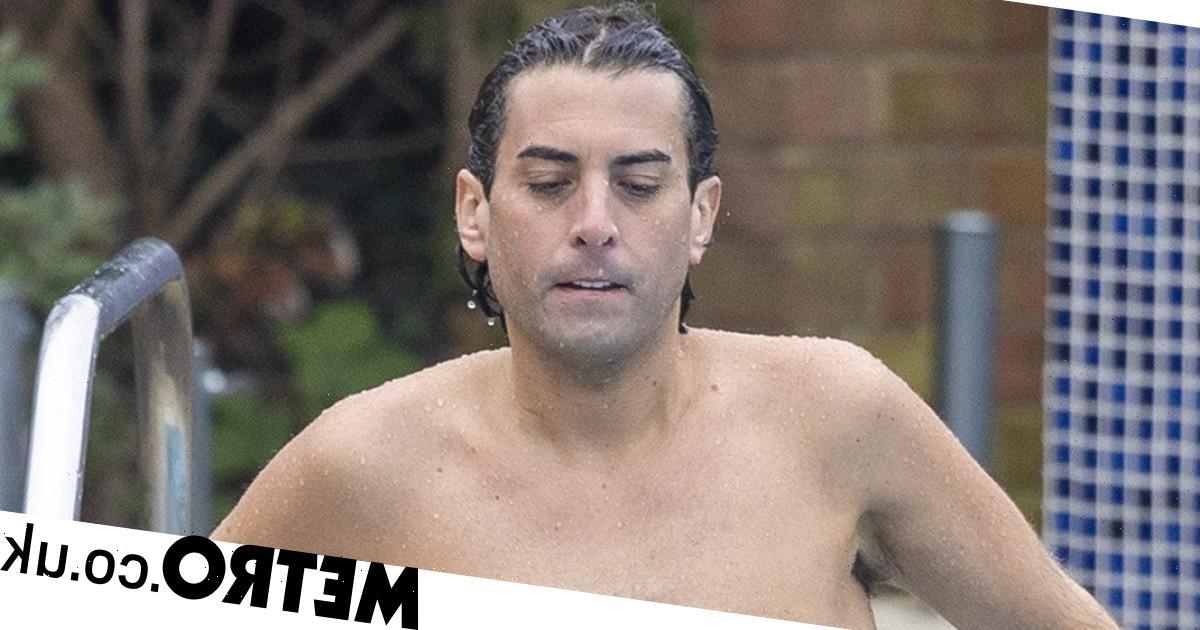 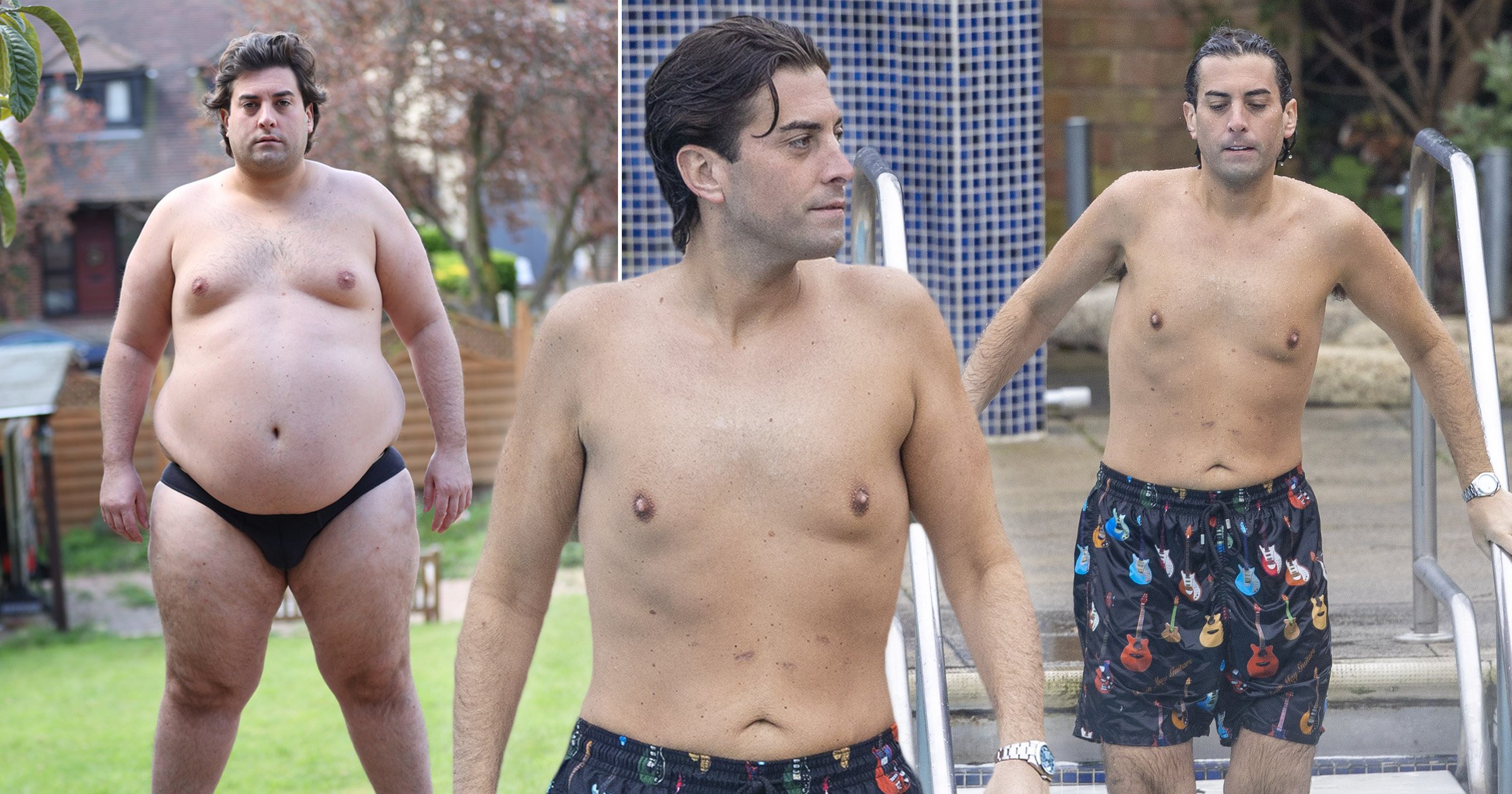 James Argent has proudly revealed the extent of his dramatic weight loss and he’s come a long way.

The former Towie star has lost 13-stone since undergoing gastric sleeve surgery nine months ago, following a warning from doctors that he could die if he didn’t lose weight.

Now in new photos, James aka Arg has stripped off to reveal his new body and he couldn’t have looked more pleased with his results.

The reality star visited an outdoor pool in Essex this week where he was spotted going for a swim in a pair of blue shorts with colourful guitars printed on them. Arg looked to be in great spirits as he smiled and laughed after going for a revitalising dip despite the chilly January temperatures.

It comes after the 34-year-old reflected on how he manifested his new body by ‘speaking [it] into existence’.

In an Instagram video a year ago, Arg had said: ‘By Christmas or possibly even the end of the summer, this is gonna be shredded, the back fat is going to be gone, the thighs are going to be skinny and the arms are going to be pumped.’

He promised: ‘I’m going to be fit as a fiddle! Fit and strong.’

At his heaviest, Arg weighed 27st – he’s now dropped to 15st 7lb – but doctors warned he could die if he didn’t adopt a healthier lifestyle. He was also spurred on to lose weight due to being ashtmatic during the pandemic and had gastric sleeve surgery in April.

The former wedding singer recently opened up about how ‘horrible’ he felt at his lowest, saying on Steph’s Packed Lunch: ‘I was always extremely uncomfortable, I couldn’t look at myself in the mirror.

‘It felt depressing and it just wasn’t me. Now I’m starting to feel like myself again and I’m excited about what the future is going to bring.’

He added at the time: ‘It was scary being 27st… It was serious, doctors were telling me how dangerous it was… I knew it was something I had to address pretty quickly.

‘[It was] nerve-wracking leading up to [the surgery, but] it’s the best thing I’ve ever done. I’m over six weeks post-surgery and I feel great.’