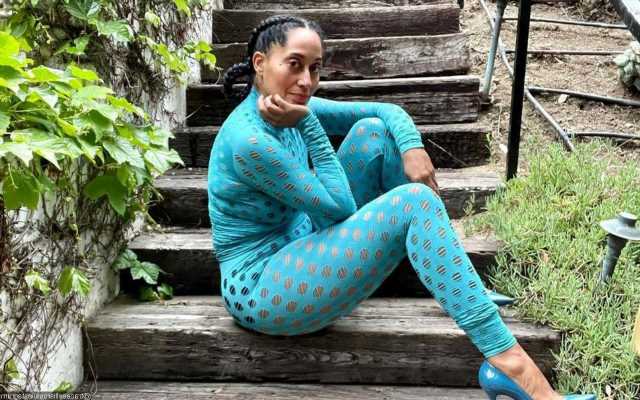 Serving as the executive producer of the 10-episode audio series, the ‘Black-ish’ actress aims to highlight an extraordinary person of color and how they have impacted their community.

AceShowbiz -“Black-ish” star Tracee Ellis Ross will polish the halos of real life angels of color for a new podcast.

The actress has signed on to executive produce 10-episode series “I Am America” with bosses at audio network Dear Media, who work to elevate women in entertainment. The podcast will celebrate stories of heroism, inclusion and community, according to Variety, with new episodes dropping weekly and highlighting an extraordinary person of color and how they have impacted their community.

Tracee tells the outlet she has been planning the venture for years and wants to “showcase stories about the hidden angels of America” and focus on human interactions which “transcend all the divisions we have in this country.”

“Particularly after the last four years [of Donald Trump‘s presidency], this kind of storytelling is more important than ever…,” she shares. “In a world inundated by division and trauma, I find strength and hope in the fortitude, kindness and generosity of fellow humans.”

“This is really to pull back the curtain of unexplored stories of everyday people and allow us to reframe and reimagine the beautiful promise of this country and who we are as Americans.”

Tracee won’t host her own show, though. “It wasn’t like I was longing to do a podcast to hear my own voice,” she quips.

Dear Media CEO Michael Bosstick has also shared his thought on the project. We started with a mission to empower female voices too often ignored by traditional media,” he stated. “We have become a home to so many extraordinary women and with ‘I Am America,’ we are continuing to push that even further.”