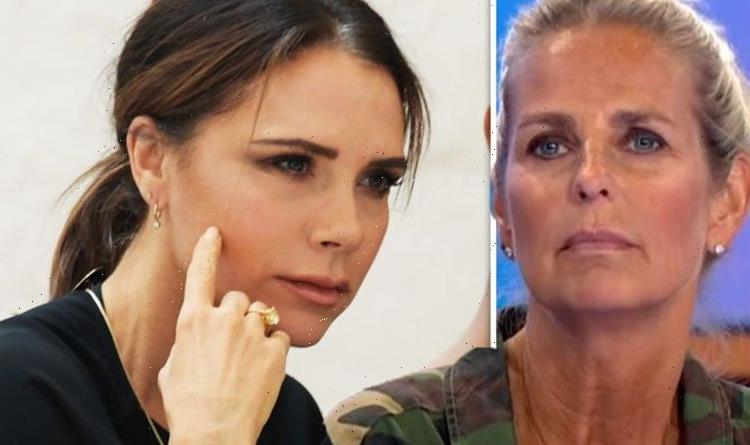 Swedish TV presenter Ulrika Jonsson has today said that Victoria Beckham’s recent revelations about her favourite foods has made her “want to weep”. The blonde model, 54, made her comments after the fashion designer, 47, appeared on a podcast just days ago, saying that she likes to order toast with salt on or steamed vegetables while dining out at restaurants.

Addressing Victoria’s interview, Ulrika said that hearing her admission made her want to “weep” into her breakfast.

She said: “I don’t wish to add to her woes but to hear the ex-Spice Girl talk in a podcast about how she is sure she’s every restaurant’s worst nightmare as she likes simple meals – salt on toast or steamed vegetables – made me want to weep into my fry-up.”

The mother-of-four went on to brand food “one of the greatest joys in life”, before branding Victoria’s admission “tragic”.

She continued: “And to hear that someone in Victoria’s position, who can afford the best food, best produce and best chefs, limits herself to salt on toast feels like a tragic waste.

“The fact Mrs Beckham insists on wholegrain toast, I guess, shows she’s not entirely devoid of a bit of adventure,” Ulrika added in The Sun.

The fashion mogul said: “This is where I sound even more boring in the food department.

“I like whole grain toast with salt on it.

“It’s that carbohydrate that makes you feel comforted and I love salt,” she candidly told the podcast host.

Victoria went on: “To most restaurants I’m probably their worst nightmare.

“I love some steamed vegetables, some balsamic vinegar and then to season myself.

“I like things to be cooked in a very simple way. I don’t like oils or butters or sauces.”

The designer revealed that her unique diet has raised a few eyebrows, one of them being family friend and Michelin-star chef Gordon Ramsay.

“He’s never seen anybody as disciplined about the way that they eat,” she admitted.

This is not the first time that Victoria has spoken about her diet.

The former Spice Girl has previously opened up on her health routine, sharing that she takes two tablespoons of apple cider vinegar every morning.

Posting a snap of a bottle to Instagram, Victoria wrote: “Followed by… fresh lemon squeezed into boiling water,” while telling fans to “be brave”.

Three years ago, the mother-of-four told The Telegraph that she eats “three or four avocados a day”, crediting them for keeping her skin glowing.

She’s also shared her love of “seeds doused in organic Aminos” which she “grills until crispy” as an “after school” snack for her children.

For her 47th birthday, the star’s family made her a “cake” out of fruit.