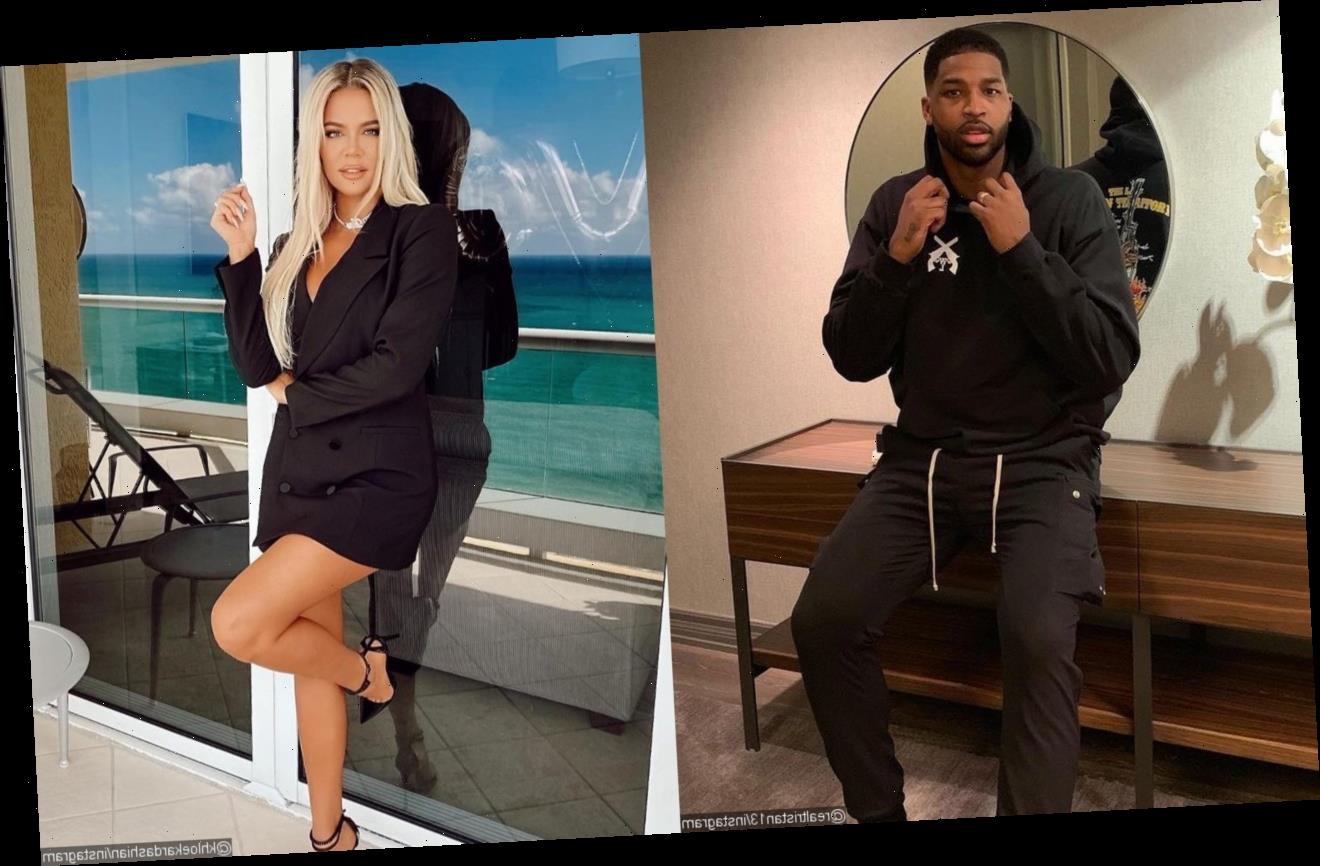 The Boston Celtics player and the Good American founder continue to prove they have moved past his cheating scandals, weeks after celebrating an early Christmas together in Massachusetts.

AceShowbiz –Tristan Thompson could not get enough of Khloe Kardashian‘s beauty. Proving that his relationship with the “Keeping Up with the Kardashians” star has been going strong, the Boston Celtics player left a flirty comment on her sultry photo shared on social media.

The 29-year-old’s baby mama posted her picture on Instagram on Sunday, January 10. In it, she was seen modeling some of her Good American clothing line which featured animal print leggings with a matching bra and jacket. “Head to Toe – @goodamerican,” so read the caption of the snap.

Tristan’s flirty comment came after he and Khloe, who share a daughter together, celebrated an early Christmas together in Massachusetts in December 2020. Offering more details about their holiday was a source who told PEOPLE, “Khloe and True had a fun week in Boston. They played in the snow, shopped and enjoyed holiday outings. They also celebrated an early Christmas with Tristan since they couldn’t all be together on Christmas Day.”

The pair also sparked engagement rumors after the TV personality was caught flashing a new diamond ring during the holiday. However, the ring turned out to be another symbol of commitment instead of betrothal. “[The NBA star] surprised [her] with a huge diamond,” a source told Life & Style. “It’s more of a promise ring than anything else, and she absolutely loves it! He gave it to her while she was in Boston just before Christmas.”

Khloe and Tristan, who split in early 2019 following his cheating scandal with Kylie’s ex-BFF Jordyn Woods, were reported to be rekindling their romance in August. However, the pair have yet to confirm their reconciliation.