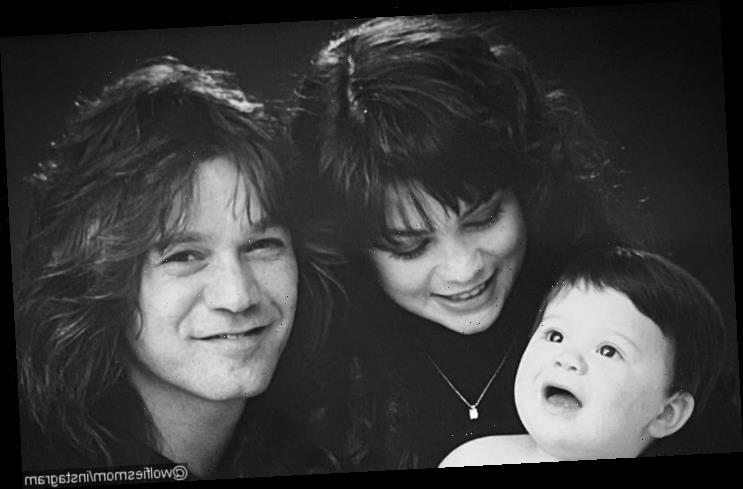 In a post shared on Instagram, the actress expresses how grateful she was to be able to by the rock legend’s side during his last moment, adding, ‘I will see you in our next life my love.’

AceShowbiz -Many celebrities took to social media on Tuesday, October 6 to honor Eddie Van Halen after news broke that the rock legend has lost his battle with throat cancer. His ex-wife, Valerie Bertinelli, was among them, making use of her Instagram account to post a touching tribute dedicated to the late musician.

In her tribute post, the “Touched by an Angel” star shared a black-and-white throwback photo of them and their son, Wolfgang, as she reminisced their time together. “40 years ago my life changed forever when I met you. You gave me the one true light in my life, our son, Wolfgang,” she said in the caption of the post. “Through all your challenging treatments for lung cancer, you kept your gorgeous spirit and that impish grin.”

She went on saying, “I’m so grateful Wolfie and I were able to hold you in your last moments. I will see you in our next life my love.”

Valerie and Eddie tied the knot in April 1981. Following years of marriage, the two decided to go their separate ways in 2001 as their divorce was finalized in 2007. The actress noted that they decided to split because of his cocaine addiction and his refusal to quit smoking despite being diagnosed with oral cancer and losing one-third of his tongue in the treatment process.

Eddie’s son, Wolfgang, confirmed his father’s passing on October 6. “I can’t believe I’m having to write this, but my father, Edward Lodewijk Van Halen, has lost his long and arduous battle with cancer this morning. He was the best father I could ever ask for. Every moment I’ve shared with him on and off stage was a gift,” he wrote on social media. “My heart is broken and I don’t think I’ll ever fully recover from this loss. I love you so much, Pop.”

Tributes continued to pour in following the heartbreaking news, with the likes of Nikki Sixx, Vince Neil, and Lenny Kravitz sending their condolences on social media.