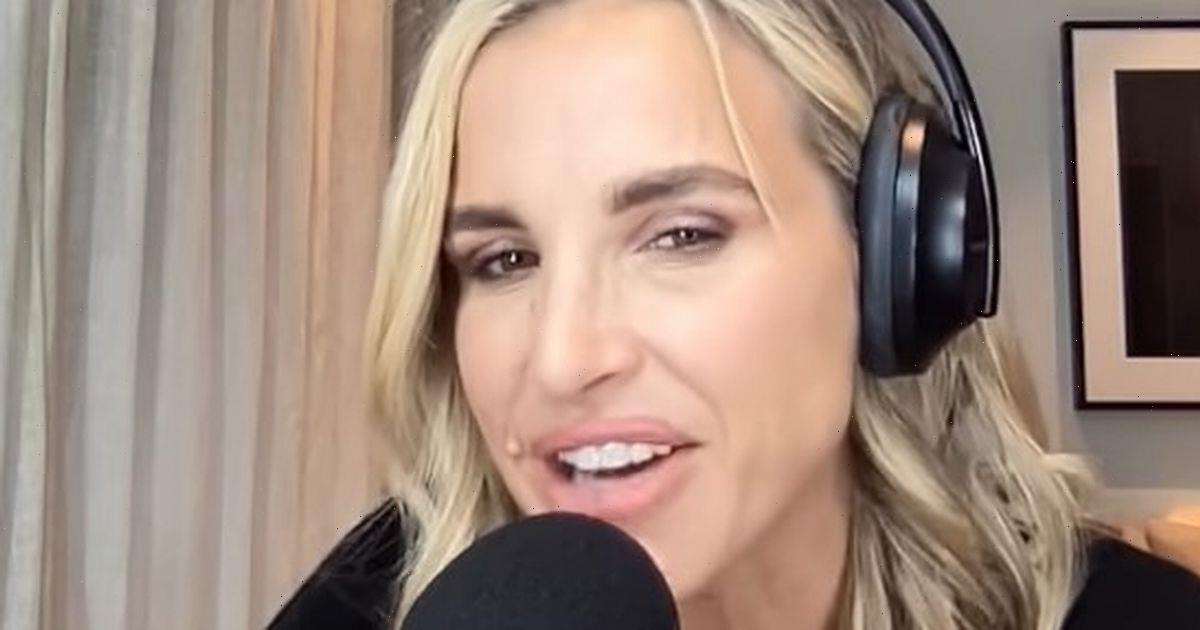 TV star and model Vogue Williams has left fans shocked, and some in hysterics, as they spot an X-rated picture in the background of a video clip shared to her Instagram.

Sharing the clip to promote her podcast, Vogue, 37, can be seen on a video call with husband Spencer Matthews, 34, as the pair discuss Vogue's love of potatoes.

They're soon joined by their seven month old son Otto, but while many commenters wrote that they found him adorable, it's Vogue's background that has caused confusion for most viewers.

Throughout the video, just behind Vogue's head, a picture could be seen featuring a naked woman looking at her laptop with her bare breasts exposed. Eagle-eyed fans were quick to point out the X-rated backdrop, with one writing: "Are we gonna address the background pics" followed by a laughing emoji.

Another asked: "Had the naked pic in the background been mentioned before?" while third added: "Loving otto but distracted by the background pic. Naughty!"

One previous podcast clip does feature the same background image but did not seem to cause quite the same stir when it was uploaded.

The rest of the clips appear to have been filmed elsewhere, with no X-rated pics to be seen in the background. Spencer and Vogue recently christened their son Otto, with Spencer sharing some snaps of the occasion to his Instagram.

Captioning the sweet photos he wrote: "Otto’s Christening. Great kid, full of character and always smiling. We love you" which he followed with a heart emoji.

Close pal and fellow former Made in Chelsea star Hugo Taylor commented on the post: “Adorable”, as someone else labelled Otto as a “mini Spencer”.

They said: “A mini Spencer for sure … keep seeing the comments regarding the smiling!!! Does he smile or not?!! My little Tallulah never did – she screamed if you smiled at her! Kids eh? God love each and every on”. Echoing similar sentiments, another wrote: "He is so freaking cute …& yet oddly very like his daddy."

Meanwhile someone else compared Otto to his big sister Gigi, two.

Vogue also shared snaps of their special day to her Instagram Stories, where she labelled the occasion as “such a lovely day."