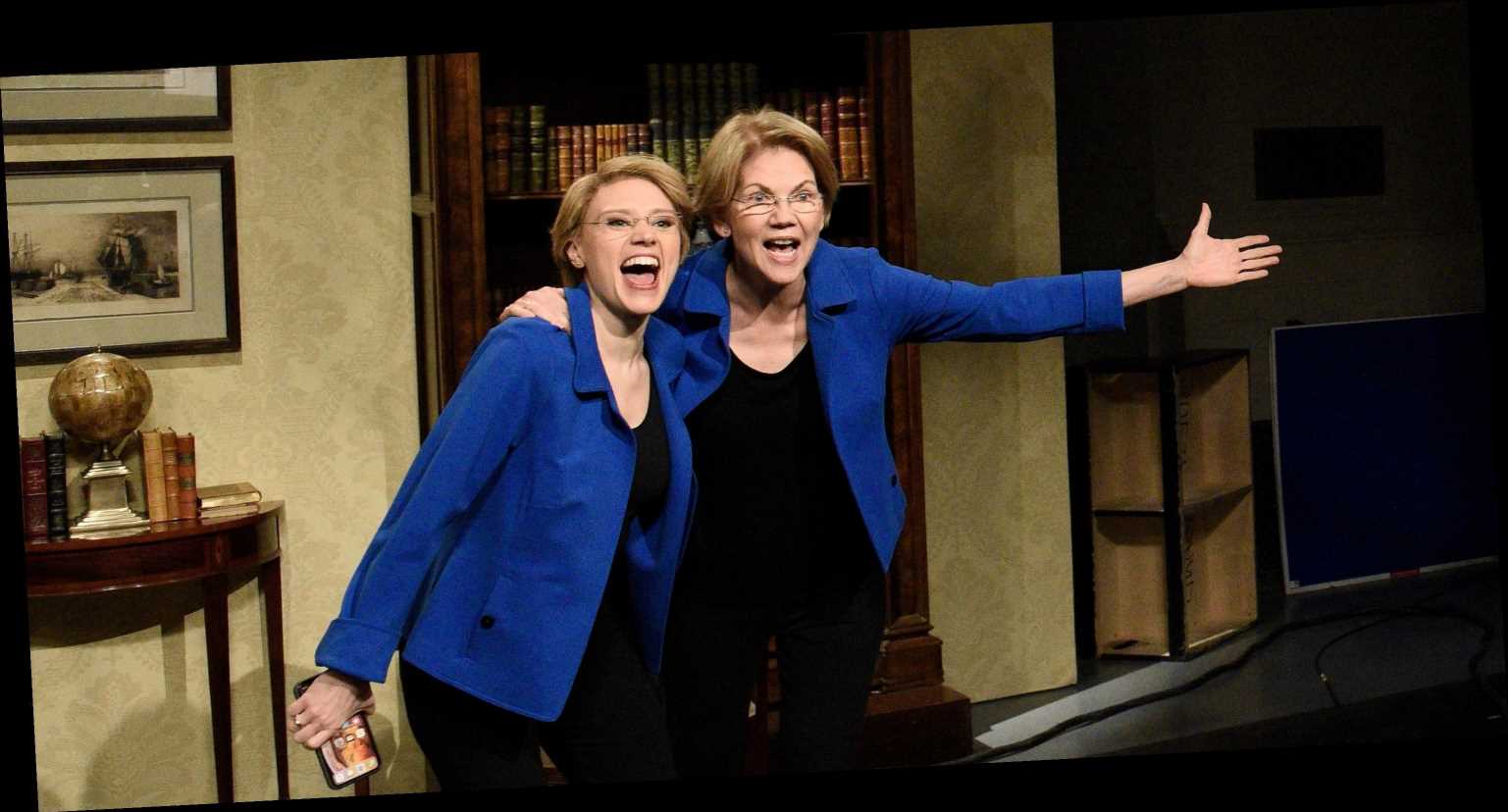 This was a hard week for Elizabeth Warren supporters. The senator from Massachusetts, once a front-runner in the 2020 presidential race, officially dropped out on Thursday. Although she has yet to endorse a remaining candidate, she’s not staying out of the spotlight while she weighs her decision.

On Saturday night, Warren was a guest on Saturday Night Live, where she played along with Kate McKinnon, who famously impersonates her on the show. Although the cold open, which featured McKinnon, in Warren drag, giving the senator a big hug, was delightful, it was a behind-the-scenes shot that stole the show. McKinnon and Warren did the “Drop Flip the Switch” TikTok challenge, and it’s safe to say they nailed it.

The challenge, set to Drake’s 2018 song “Nonstop,” has inspired countless TikTok users to put dance moves to the catchy tune. But Warren and McKinnon might have just won the whole thing. “10/10 best thing on the internet,” one commenter on SNL‘s Instagram account said. Another wrote, “I’ve never loved something more.”

The actual SNL cold open featured McKinnon’s full range of talents. She started it off as Fox’s Laura Ingraham, “the Joey Fatone of Fox News. She portrayed Ingraham as a Coronavirus-denying broadcaster, which isn’t too far off from what’s been actually happening over at Fox. Eventually, McKinnon as Ingraham interviews real-life Warren about her decision to drop out of the presidential race.

She names her as “the woman who savagely murdered Mike Bloomberg on live television, then shows what she says is “footage of [her] debating Mike Bloomberg.” Instead, the show pulled up the clip of Warren’s golden retriever, Bailey, stealing and eating a staffer’s burrito on Thursday. “Just to be clear, were you the dog or the burrito?,” McKinnon’s Ingraham asks.

“I was the dog,” Warren replies confidently, making McKinnon start to visibly break with laughter.

Eviscerating Mike Bloomberg and besting all the teens at TikTok: check and check for Elizabeth Warren this week.