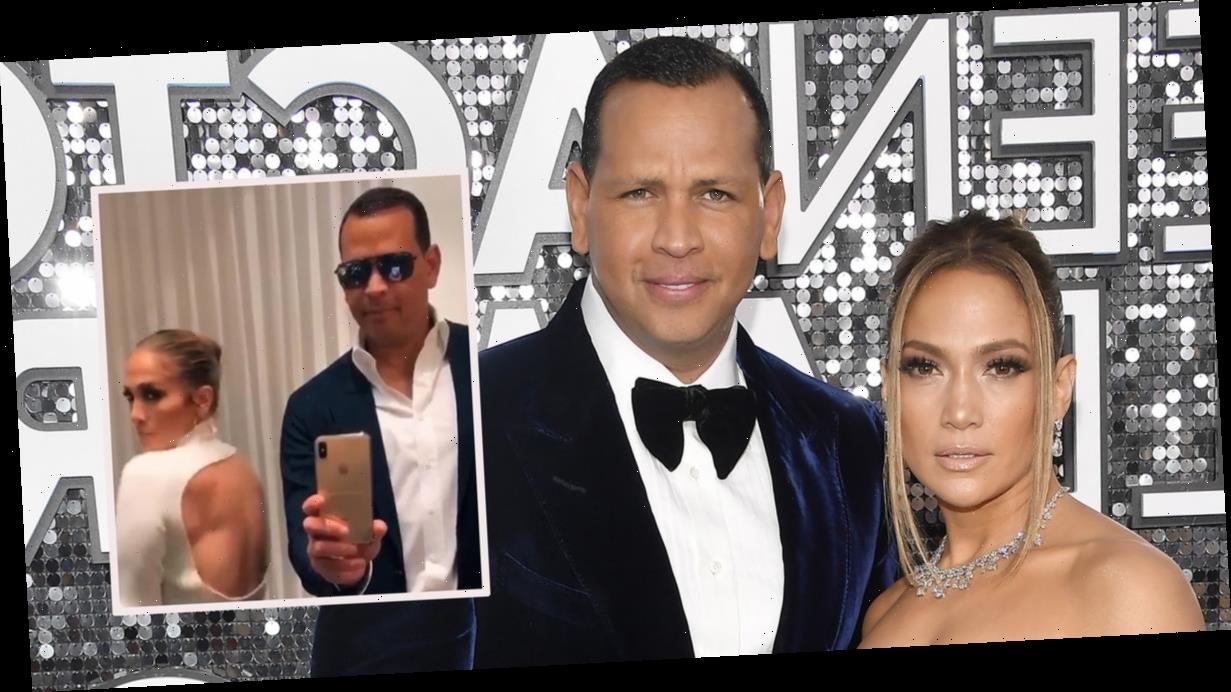 See which other celebs have joined in on the challenge.

Jennifer Lopez and Alex Rodriguez have once again proved they are relationship goals.

On Sunday, the pop star and former MLB player took on the "Flip the Switch" challenge, a viral dance trend on the popular video app, TikTok. Here’s what the challenge entails: two people pose (and often dance) in a bathroom to Drake’s song "Nonstop." When the sound reaches the lyric, "I just flipped the switch (flipped, flipped)" there’s a quick edit where the two people swap places and switch outfits.

And J.Lo and A-Rod’s take might be the best one yet.

In the clip, Lopez, on the right, can be seen dancing to Drake’s hit, while rocking a white backless dress and hoop earrings. Rodriguez, who was wearing a navy jacket, white button-up and sunglasses, is seen recording his fiancee dancing in the mirror.

As Drake uttered the words, "I just flipped the switch," A-Rod and J.Lo then completely swapped outfits and positions. Rodriguez switched to Lopez’s entire ensemble, including her signature hoop earrings, and started dancing. Lopez rocked her man’s outfit and sunglasses as she struck a pose.

Watch the full video, below.

A-Rod and J.Lo aren’t the only celebs to participate in the viral TikTok challenge. Camila Cabello, Emily Ratajkowski and most recently Elizabeth Warren have jumped on the trend.

However, it was the former Democratic presidential candidate’s clip that caught Drake’s eye. After appearing on "SNL" on Saturday, Warren teamed up with Kate McKinnon, who was dressed as Warren, for their epic version of the "Flip the Switch" challenge.

As captured by Comments by Celebs, Drake shared his thoughts on the hilarious video, writing, "Wow I need to come home."

Does this mean we need to hold on? Because it looks like Drake’s coming home.