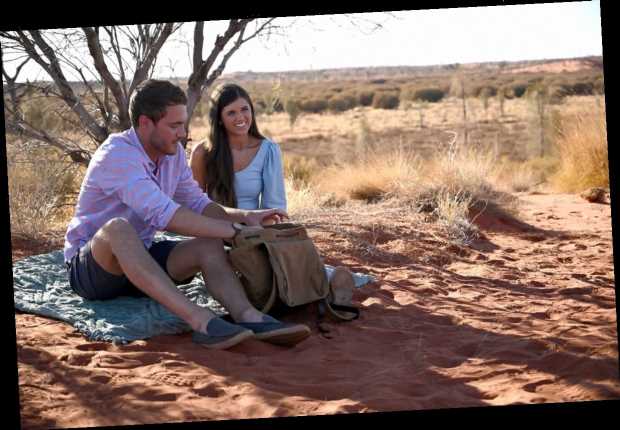 Caution: Spoilers ahead. If you watched the March 9 episode of The Bachelor, you may be wondering what Madison Prewett had written on her hand during that super intense conversation with Peter Weber. Well, you don’t have to search too hard thanks to a few particularly astute fans who believe Prewett had "Proverbs," a book of the Bible, written on her hand. Of course, nobody but Prewett really know what was written on her hand, but the idea that the word was "proverbs" is extremely likely, considering both she and her father quote the book in their respective Instagram bios.

While her father’s Instagram bio includes a quick shoutout to "Proverbs 3:5-6," Prewett fully writes out her favorite quote from the book in her Instagram bio which reads:

It would make sense that Prewett would want a reminder of that particular quote during her difficult conversation with Weber, which largely revolved around her standing up for what she believed in.

ICYMI: Prewett wound up dumping Weber after coming to the conclusion that they fundamentally had different values. “I think about love, and I think about how much I want you, and I want this so badly,” she told him. “But I think when you want something so badly, a lot of times you can’t see clearly. As much as we want this, I don’t know that we can give each other what we need.”

Weber was extremely distraught at the news and Prewett wasn’t feeling great, either, later tearfully noting to the camera that walking away from someone you love is the "hardest thing in the world."

So, hm… It makes sense that she’d want a reminder of her favorite Bible verse there when she had to do that difficult thing, right?

Watch the entire extremely uncomfortable conversation for yourself here: