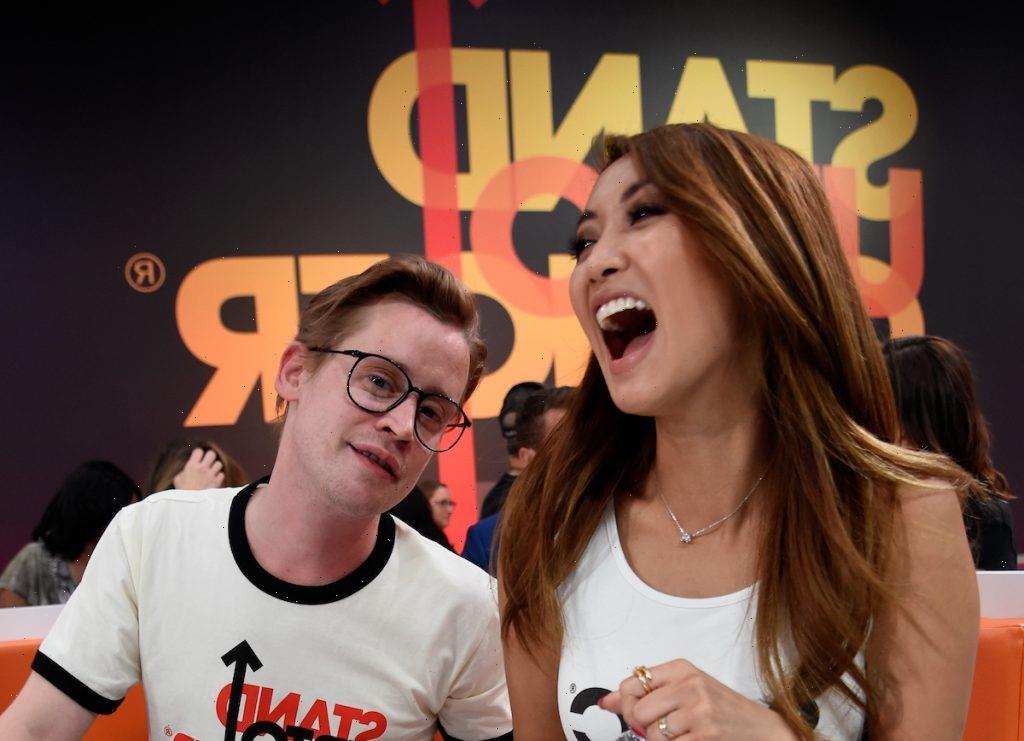 Macaulay Culkin and Brenda Song are two child stars who fell in love and started a family together. Both actors have had long careers that date back decades and they each have many recognizable roles under their belt. Now, with their family growing even bigger, many fans are wondering about their combined net worth.

Macaulay Culkin and Brenda Song first started dating in 2017 after meeting on the set of the movie Changeland. They both were in high-profile relationships before they got together: Culkin had dated Mila Kunis for several years and was married to actor Rachel Miner in the late ’90s, while Song dated Trace Cyrus for most of the 2010s.

In April 2021, Song and Culkin welcomed their first child together, Dakota Song Culkin.

Song began acting as a child in the mid-1990s, first appearing in commercials and later in popular TV shows including Leave It to Beaver, The Bernie Mac Show, and George Lopez.

Song became more well-known in the early 2000s after she signed a contract with Disney and began appearing in Disney Channel shows and movies such as Get a Clue, That’s So Raven, and Phil of the Future. Her breakout role was as spoiled hotel heiress London Tipton in the popular sitcom The Suite Life of Zack & Cody.

As she grew older, Song began appearing in more mature roles, including in the hit movie The Social Network with Jesse Eisenberg. With decades of work in the industry, Song has amassed a fortune of $5 million as of 2021, according to WealthyGenius.

Macaulay Culkin’s net worth in 2021

Similar to Song, Culkin has been acting from a young age. He made his film debut in the late 1980s with movies including Rocket Gibraltar, See You In the Morning, and Uncle Buck.

Of course, his breakout role was as the young Kevin McAllister in the 1990 classic film Home Alone. Culkin has become synonymous with Home Alone series (as well as its sequel, Home Alone 2: Lost in New York) despite other actors being featured in subsequent films.

Culkin went on to appear in more mature roles as an adult, including as the murderous Club Kid Michael Alig in 2003’s Party Monster and the dark comedy Sex and Breakfast. His latest project is Ryan Murphy’s American Horror Story: Double Feature, due out in 2022.

Over his three decades in the entertainment industry, Culkin has earned a net worth of $18 million, according to Wealthy Gorilla. As of 2021, the Song-Culkin family’s combined net worth is approximately $23 million.