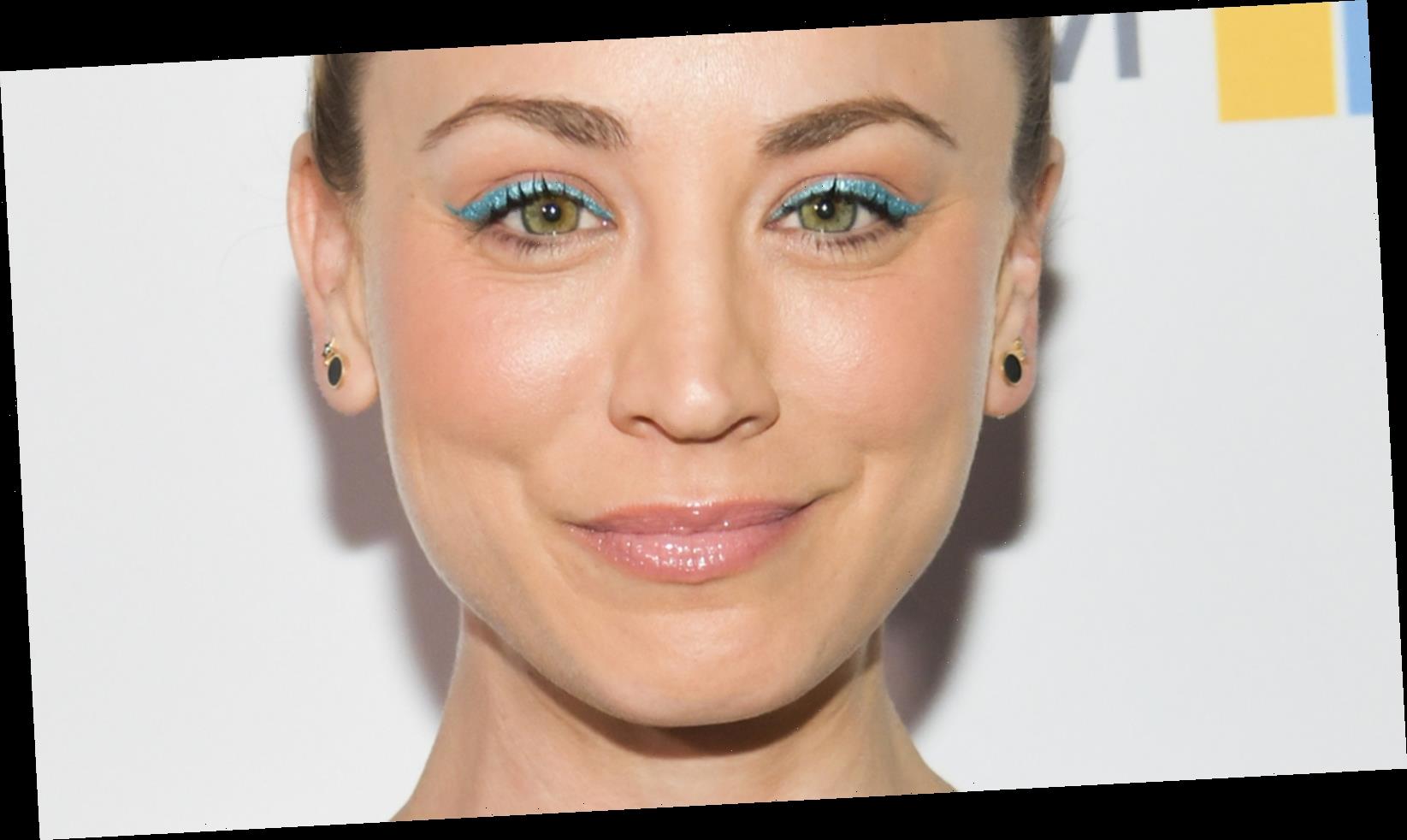 Kaley Cuoco is an American actress who made her mainstream debut in 2002 on 8 Simple Rules. The show was on the air from 2002 to 2005 and even managed to keep going after the unexpected death of its star, John Ritter, in 2003. In 2020, Cuoco told Emmy Magazine that Ritter had a huge impact on her as a performer and a person:

“He showed me what it meant to be a leader. He was so inclusive. Nobody was beneath him. He said hello to everyone and shook everyone’s hand. Every single day, it would take extra hours to shoot and get things done because John would be outside talking to fans and signing autographs.”

Cuoco went on to work on Charmed for its eighth and final season, playing a young witch named Billie Jenkins. The Things reports that Cuoco didn’t even have to audition for the role — producers knew her from 8 Simple Rules and offered her the job!

While Kaley Cuoco didn’t become a household name until 2002, she actually began working as an actress and model when she was only 6 years old. She attended school for a few years, but according to Your Next Dress, in fifth grade Cuoco’s family pulled her from traditional school and her mom began homeschooling her instead. Cuoco even earned her high school degree at the age of 16.

Homeschooling had other benefits, too. In January 2012, she told Parade that her time in traditional school wasn’t the easiest. Cuoco kicked off her career by starring in a Barbie commercial, and the magazine asked if that made her popular at school; she said it did not, “It was the opposite, actually. I wouldn’t say I was bullied, but I was definitely a bit of an outcast. It was more the kids thinking I thought I was cool. I started homeschooling in fifth grade and I was much happier.”

Since Kaley Cuoco homeschooled, she did end up missing out on a lot of traditional school events. One of those is considered a milestone for many: the senior prom. Luckily, her co-star Ashley Tisdale invited Cuoco to her own prom. “Ashley [Tisdale] asked me to go to hers. It was during my first year on 8 Simple Rules and I wore something plain to be understated. But these horribly mean girls said, ‘Oh, you think you’re going to the Academy Awards in your classy black dress?’ Honestly, it just made me happy to know I wasn’t in that school” (via Parade).

Being able to complete her schoolwork from anywhere was likely very helpful for the star, as she worked steadily throughout her teenage years. In fact, her first official television movie was 1992’s Quicksand: No Escape, which she starred in when she was only 7 years old!

Acting isn’t Kaley Cuoco’s only passion. It turns out that she also loves all things related to horses, and is an accomplished equestrian. In a 2016 interview, Cuoco told Jimmy Kimmel that horseback riding was threatening to become a bigger passion for her than acting, according to ET. One reason riding horses appeals to her is that it provides a break from her glitzy Hollywood life. She told Kimmel, “It’s become a very important part of my life, very serious. It kind of levels me out with this whole Hollywood thing.”

She also told him that she brings horses to shows under an assumed name. “Bringing paparazzi to horse shows is not a great idea. It spooks the horses, so I’ve actually started showing under a secret name. I have a little bit of an alias which would be really stupid if I said the name right now, so I’ve been trying to steer clear of being super noticeable, but it’s a little bit hard when you’re being followed around” (via ET).

Kaley Cuoco's horses are attracting more attention than she is

However, in the last few years Kaley Cuoco has run into a new problem: her horses are starting to get more attention than she is, and it’s getting harder to perform under an assumed name. “The problem is too in the horse world, a lot of people know what horses you ride and the names of them, and my horses are becoming a little bit more famous than I am. I have a horse named Poker Face, and I feel like that’s not hiding anything” (via ET).

Cuoco’s love for horses extends to even having horses as pets! In 2017, she and her husband Karl Cook welcomed a dwarf mini-horse that they named Shmooshy. Cuoco announced Shmooshy on Instagram, writing, “The [horse] family expands welcome Shmooshy!!!!”

Of course, Shmooshy has his own Instagram account. In the first photo shared, Cuoco wrote, “Hi! my name is Shmooshy! I’m a dwarf mini who’s been rescued and living @mylittlepeepers foundation a few days ago this crazy girl @normancook walked in with my same hairstyle, and we became instant soul mates.”

Kaley Cuoco is also a pescatarian

Kaley Cuoco’s dedication to animals even extends to her diet. In 2016, Cuoco explained to Women’s Health that she was no longer eating most meat. When asked about her diet, she explained, “When I wake up, I have the same little bit of peanut butter on toast every morning.” The magazine also writes that Cuoco typically eats salmon and vegetables for dinner, before she adds, “No more meat, I’m like, done.”

That doesn’t mean that she never eats outside the box. She continued, “Tonight I’ll be going to In-N-Out and doing one of their grilled cheeses, massive fries, and a shake. That’d be a cheat for me. Bottom line is, you know, I’m not 21 anymore. It used to be so easy, I didn’t have to do as much. Now, it’s part of my day — working out is part of my day, eating right is part of my day.”