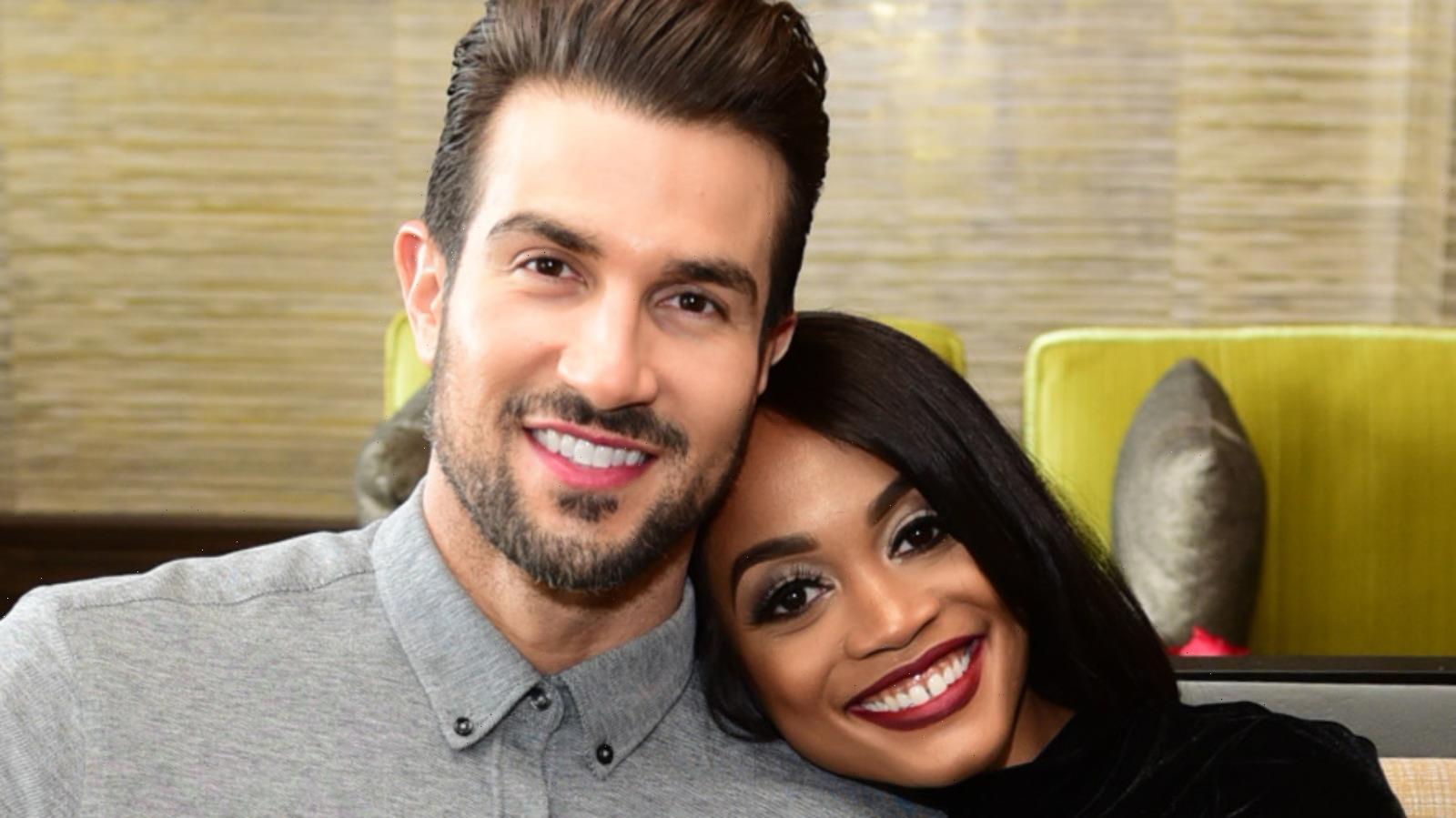 How many times have you heard this question asked: “Will you accept this rose?” For those of us who are die-hard citizens of Bachelor Nation, the count has to be in the thousands, but we don’t feel like doing do the math on that one. For 25 seasons of “The Bachelor” and 16 seasons of “The Bachelorette,” we’ve gripped our wine glasses and held our breath as that question was asked an obnoxious amount of times until — at last — there’s only one more rose to give, with champagne, staged photos, and a sparkling six-figure Neil Lane ring to follow (which, according to Refinery 29, must be returned if the couple breaks up before the two-year mark).

It’s one thing to get a rose, but it’s another thing altogether to get a bridal bouquet. Let’s face it — “Bachelor” breakups are about as common as new Taylor Swift albums. You may be wondering: Out of the dozens of couples who walked away hand-in-hand and managed to do the impossible by actually making it down the aisle, how many are still together? Well, wonder no more. Here are all the “Bachelor” and “Bachelorette” couples who are still going strong, plus the ones who met outside of their respective seasons.

One of the franchise’s earliest success stories dates back to the very first season of “The Bachelorette,” in which Trista Rehn accepted her finalist Ryan Sutter’s proposal. Millions watched as they wed in a televised ceremony back in 2003. They now reside in Colorado with their two kiddos, Max and Blakesly, per Cosmopolitan. The franchise’s first-ever live TV wedding, however, followed “The Bachelor” Season 7’s Sean Lowe and Catherine Giudici down the aisle. They live in Dallas, Texas, and also have a few kids of their own.

Although Desiree Hartsock (the ninth “Bachelorette”) was left heartbroken after her frontrunner abruptly left the show, she tied the knot with the only contestant still standing, Chris Siegfried. Now, the lovebirds are parents to sons Asher and Zander Cruz (via Cosmopolitan). One of the more recent “Bachelorette” seasons ended with Rachel Lindsay choosing Bryan Abasolo, much to the dismay of fans everywhere (Team Peter, here). But they proved us all wrong, and have been happily married for a few years now.

Lastly, we have a couple of honorable mentions: Jason Mesnick and Molly Malaney along with Arie Luyendyk Jr. and Lauren Burnham. Why are they honorable mentions, you ask? Well, both of these “Bachelors” changed their mind after the final rose and declared their love for their runners-up. They’re married, all right, but not to their finalists. Those poor, poor women.

Couples from mismatched seasons who found love and tied the knot

Now we have the couples who got hitched — but not to the person with whom their season was associated. First, there’s Ty Brown who got sent home on Ali Fedotowsky’s season of “The “Bachelorette,” only to meet a fellow “loser,” Elizabeth, who was on Season 14 of “The Bachelor.” They met in L.A. in 2013 and he put a ring on it the following year. For Drew Kenney (Season 9 of “The Bachelorette”) and Amy Long (Season 18 of “The Bachelor”), one made it the final two while the other only graced the screen for a few short episodes. But they later met up and married. Similarly, Chris Lambton was one of the finalists who vied for Ali Fedotowsky’s hand, while his now-wife Peyton Wright was sent home by “The Bachelor” Season 10’s Andy Baldwin after a two-on-one (via Cosmopolitan).

For a hot minute, the spinoff show “Bachelor Pad” was a thing, and contestant Holly Durst shared the $250,000 prize with her partner, Michael (via Hollywood Reporter). However, she announced her engagement to her fellow contestant and soon-to-be husband during the finale (yikes). Then came the far more popular spring-break-style spinoff “Bachelor in Paradise” (BIP), in which Jade Roper and Tanner Tolbert found love. And for literally every season since, we’ve heard, “I’m just looking for a love story like Jade and Tanner.” Ashley Iaconetti and Jared Haibon are another BIP success story, and People described their 2019 wedding day as a “fairytale.”

Fan-favorite couples who haven't made it down the aisle (yet!)

Last, but certainly not least, there are the numerous couples who put a ring (and rose) on it, but haven’t yet said, “I do.” For some of the couples, like Jojo Fletcher and Jordan Rodgers, COVID is to blame. The Season 20 “Bachelorette” and her winner were set to wed in the spring of 2020 but had to postpone due to the pandemic, per The Knot. The unforeseen circumstances may also be stalling BIP contestants Raven Gates and Adam Gottschalk, who got engaged in May of 2019 after a couple of years together. We can hear the bells ringing for two more BIP couples, Hannah Godwin and Dylan Barbour and Kevin Wendt and Astrid Loch. According to Cosmopolitan, the former were spotted while shopping for wedding dresses, and the latter got engaged in 2019. There’s also BIP’s Dean Unglert and Caelynn Miller-Keyes, but he straight up told People that marriage to her is “never going to happen.” We just hope she’s on board with that plan.

“Bachelorette” Kaitlyn Bristowe may not have made it work with her winner, but she seems to have found a lifelong partner in fellow fan-favorite Jason Tartick, who made it pretty far in a different season. The most recent “Bachelorette,” Tayshia Adams, is currently knee-deep in wedding plans alongside her beau, Zac Clark. Unfortunately for us, Zac told Us Weekly that a televised ceremony is unlikely.