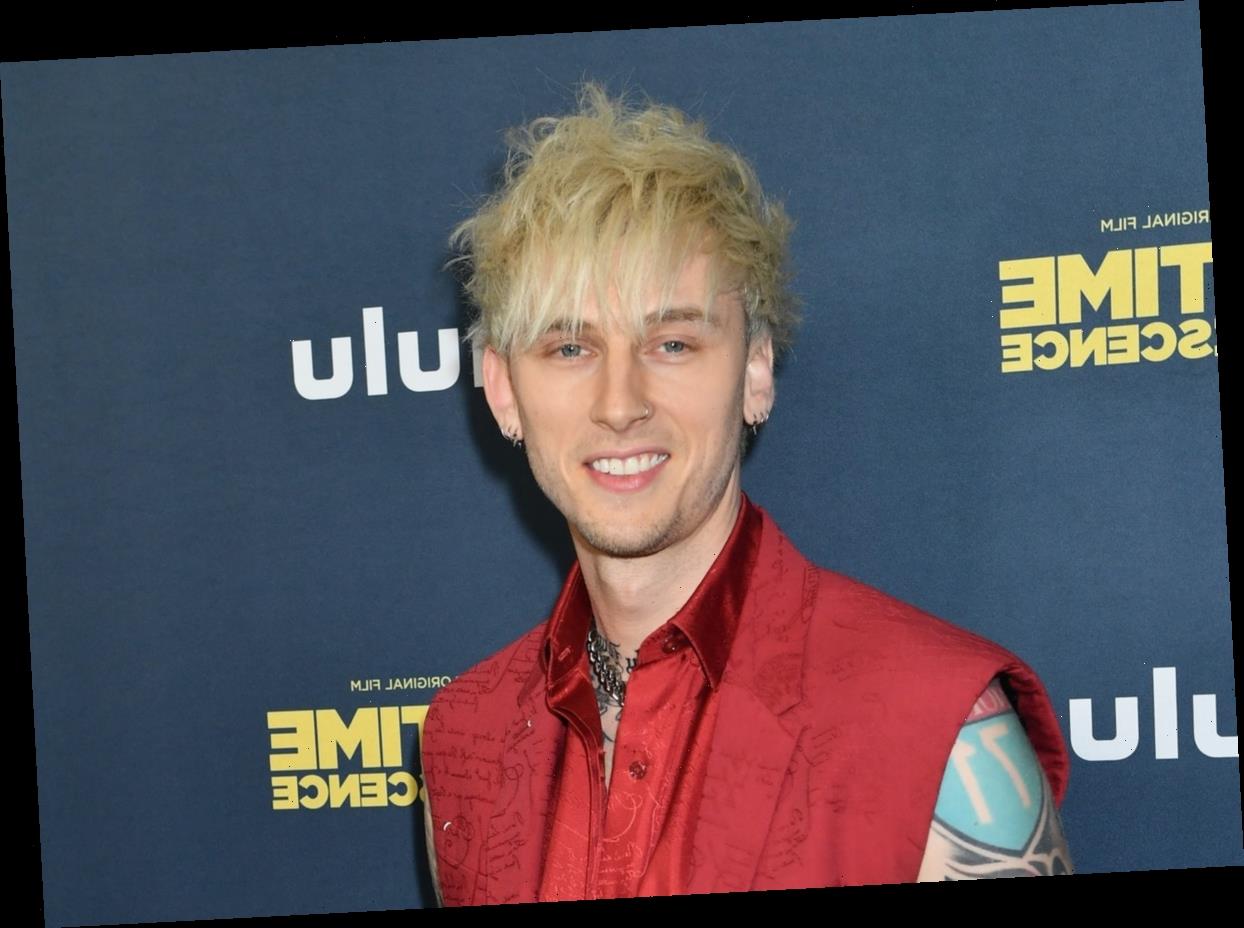 As you’re likely already aware by now, Machine Gun Kelly and Megan Fox are one of the biggest success stories of 2020. The couple first met on the set of their movie Midnight in the Switchgrass in March, and it only took a few months before the two seemed totally head-over-heels for each other. However, what you may not be as familiar with is Machine Gun Kelly’s relationship history prior to meeting Fox. Several of the rapper/actor’s exes are fellow A-listers, but IMO, there are definitely a few surprises in his dating timeline.

For instance, very little is known about Kelly’s relationship with Emma Cannon, with whom he shares his daughter, Casie Colson Baker. The 12-year-old has made several appearance on Kelly’s IG grid and on the red carpet with him, but he’s never publicly spoken about his teenage romance with Cannon and how long it lasted. Luckily, it seems like the two are on good terms. In May 2013, Kelly posted a (since-deleted) Instagram in honor of Mother’s Day, which he captioned, "Happy Mother’s Day to the best mother I’ve seen first hand." Aww. Here are all the ladies Kelly romanced after Cannon, leading up to his current relationship with Fox. 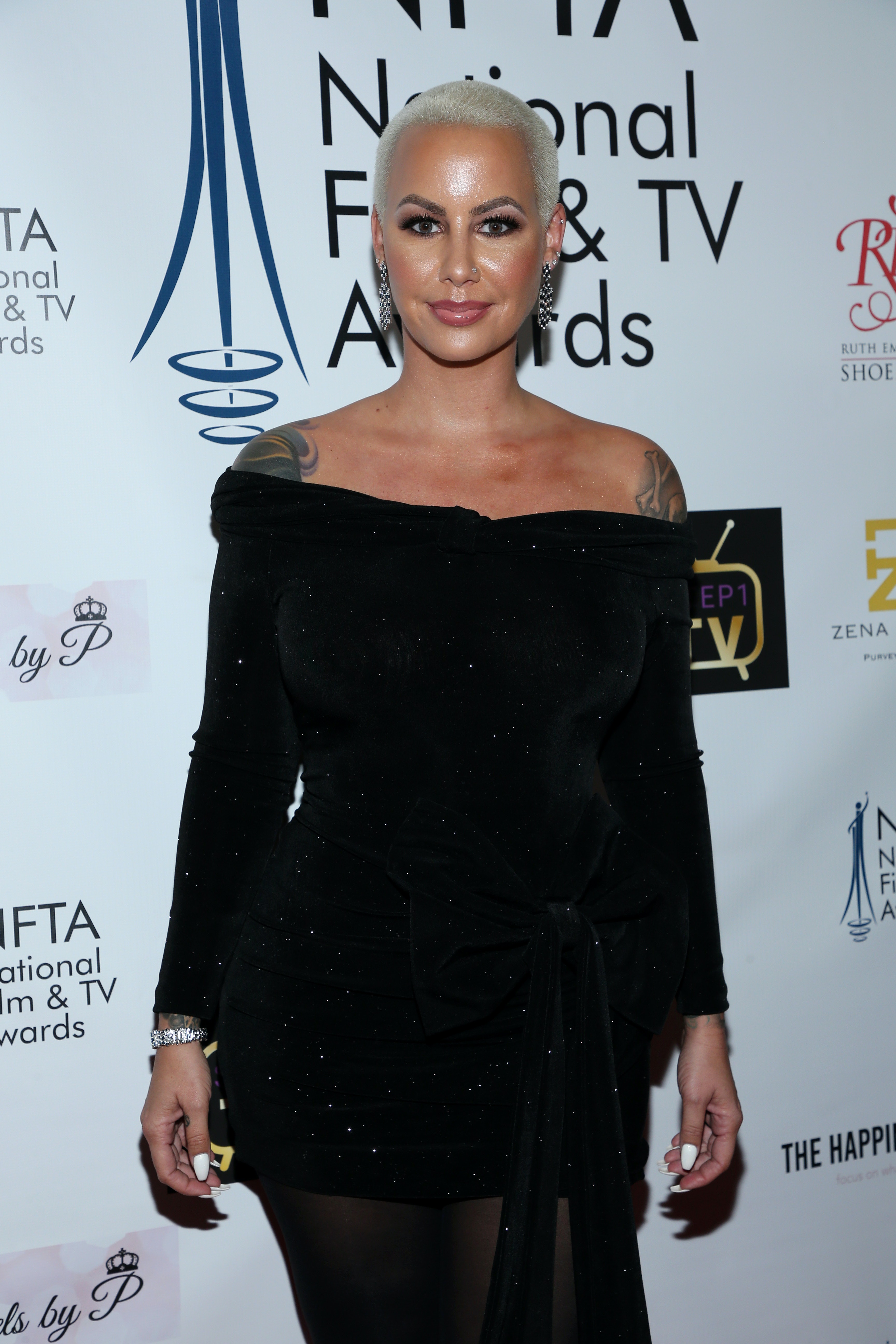 In April 2015, Kelly starting romancing model Amber Rose, and after a month of dating, he opened up about the relationship during an interview with Hot 97. "Everything was completely natural," he said. "It wasn’t anything I had expected or had planned or anything like that. You know when the universe throws something your way or things happen, I’m one of those people that goes with it, and I don’t fight it."

The relationship only lasted for a few months, and in July 2015, Rose confirmed their split to Perez Hilton. "No, we’re not dating anymore," she said. "I think it was just a mutual agreement. We’re still really good friends. I can’t really support a man on tour anymore. I kind of did that already and I’m just not in a space where that’s really what I want to do." 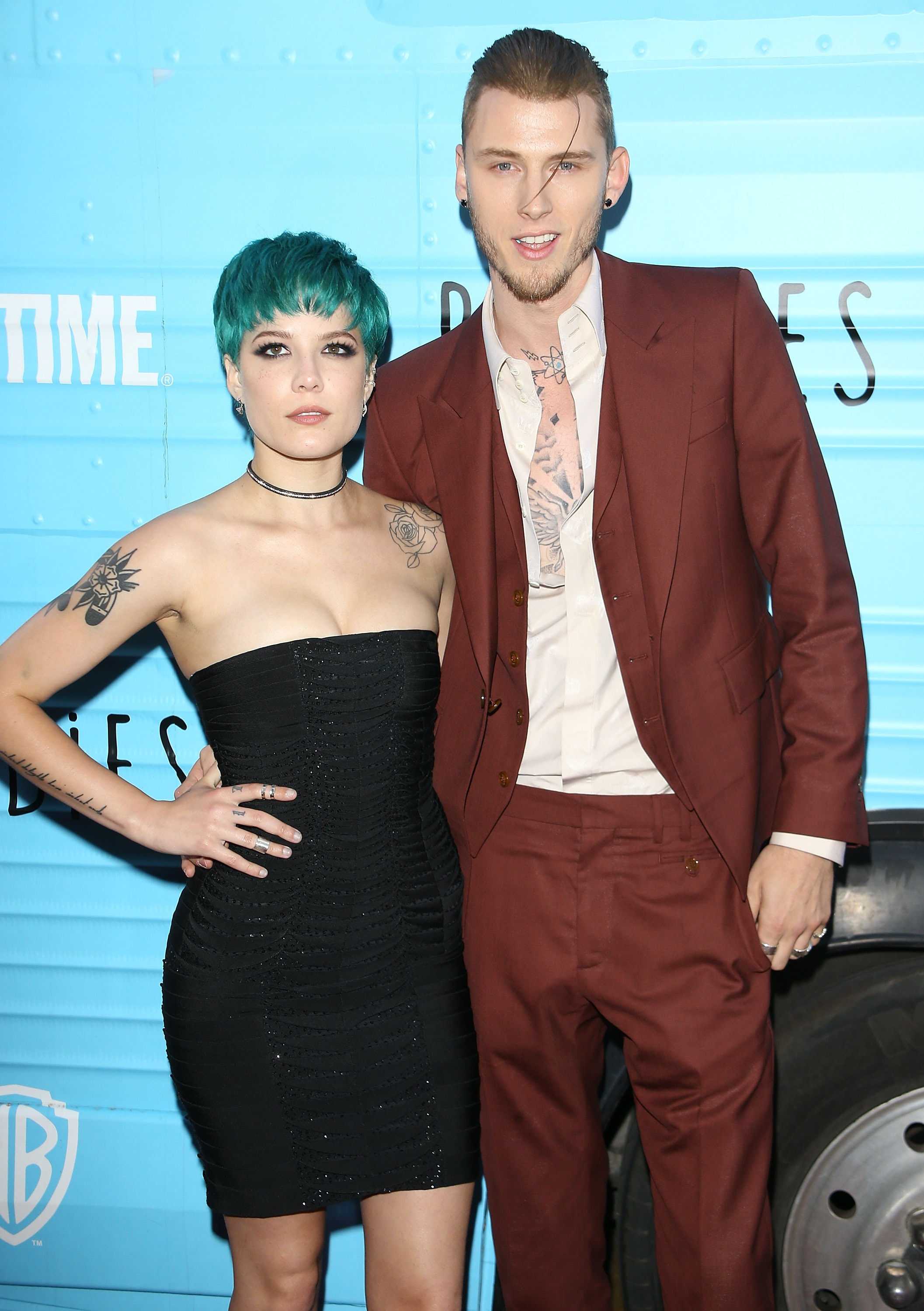 Halsey and MGK reportedly first met on the set of Showtime’s Roadies, and in March 2017, dating rumors starting circulating after Kelly posted a (since-deleted) IG pic of himself and Halsey at the beach. When asked about the maybe-relationship by Rolling Stone in June 2017, Kelly said, "I won’t comment exactly on titles or labels or anything, but what I will say is I feel 16 again."

It’s unclear if the two actually ever dated, but at some point, things turned ugly. In July 2018, MGK’s beach Instagram resurfaced along with dating rumors, prompting Halsey to seemingly deny the romance. "I’m not at the beach," she tweeted. "I’m on tour. Alone." Two months later, Kelly confirmed he and Halsey previously hooked up during an appearance on The Breakfast Club radio show. Halsey once again took to Twitter to respond with: "how *absolutely* pathetic."

Luckily, the two seemed to have squashed their beef since then as they recorded "Forget Me Too" together in 2020. 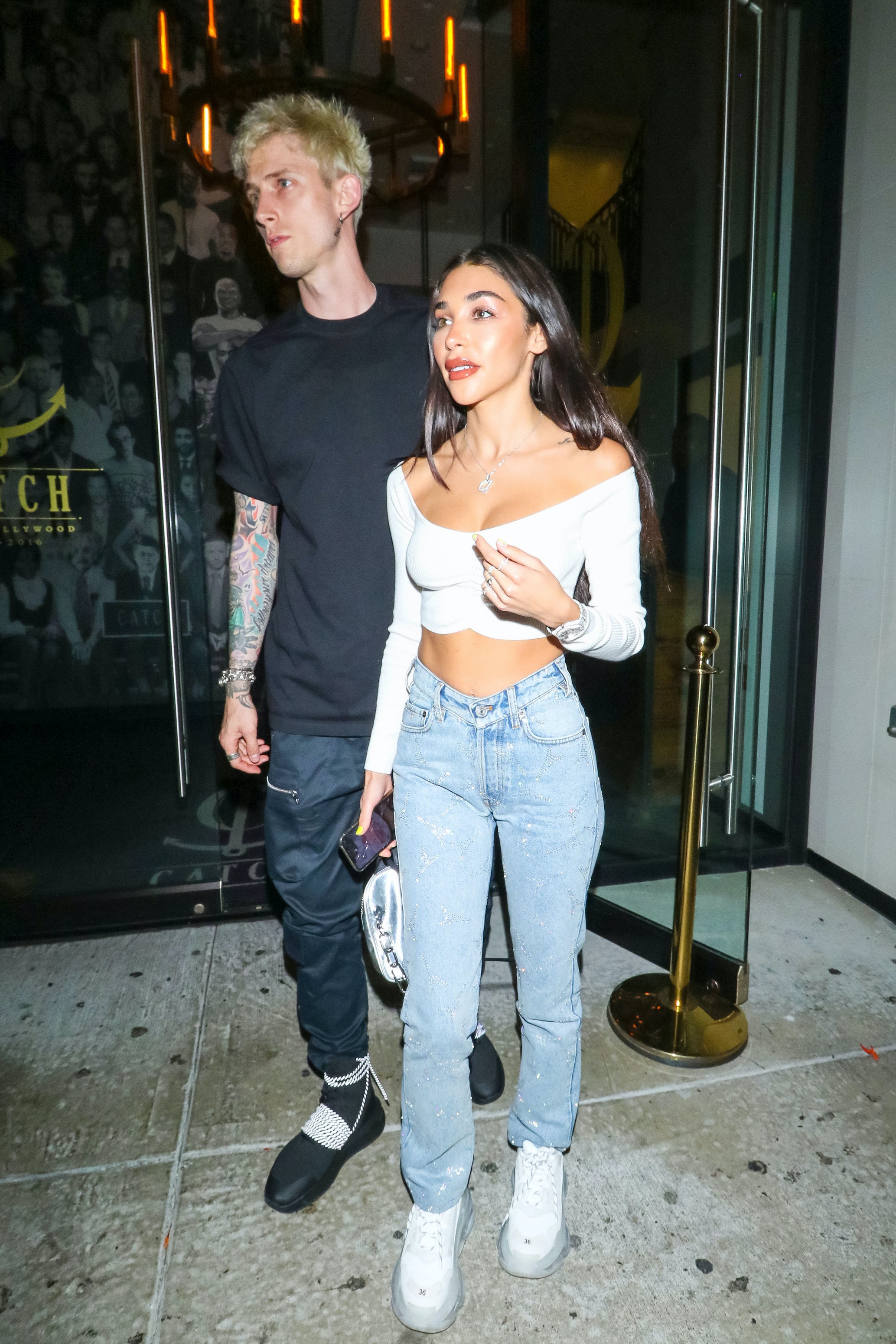 Kelly sparked dating rumors with DJ Chantel Jeffries in July 2019 after they were reportedly spotted hanging out in L.A., per The Blast. Throughout the month, they were reportedly seen together on multiple occasions, but the two never commented on their rumored romance, and things eventually fizzled out. In January 2020, Noah Cyrus and MGK inspired romance rumors after they were reportedly spotted holding hands at a Grammys after-party, per E! News. "They are holding hands and posing for photos together," a source reportedly claimed. "They walked around party hand in hand. They held hands as they arrived back inside the party and continued to be next to each other the entire time. It seemed like they were dating." Just a few weeks earlier, Kelly also posted a sweet IG tribute to Cyrus on her birthday with a pic of them hugging. However, neither Kelly nor Cyrus ever confirmed dating rumors. 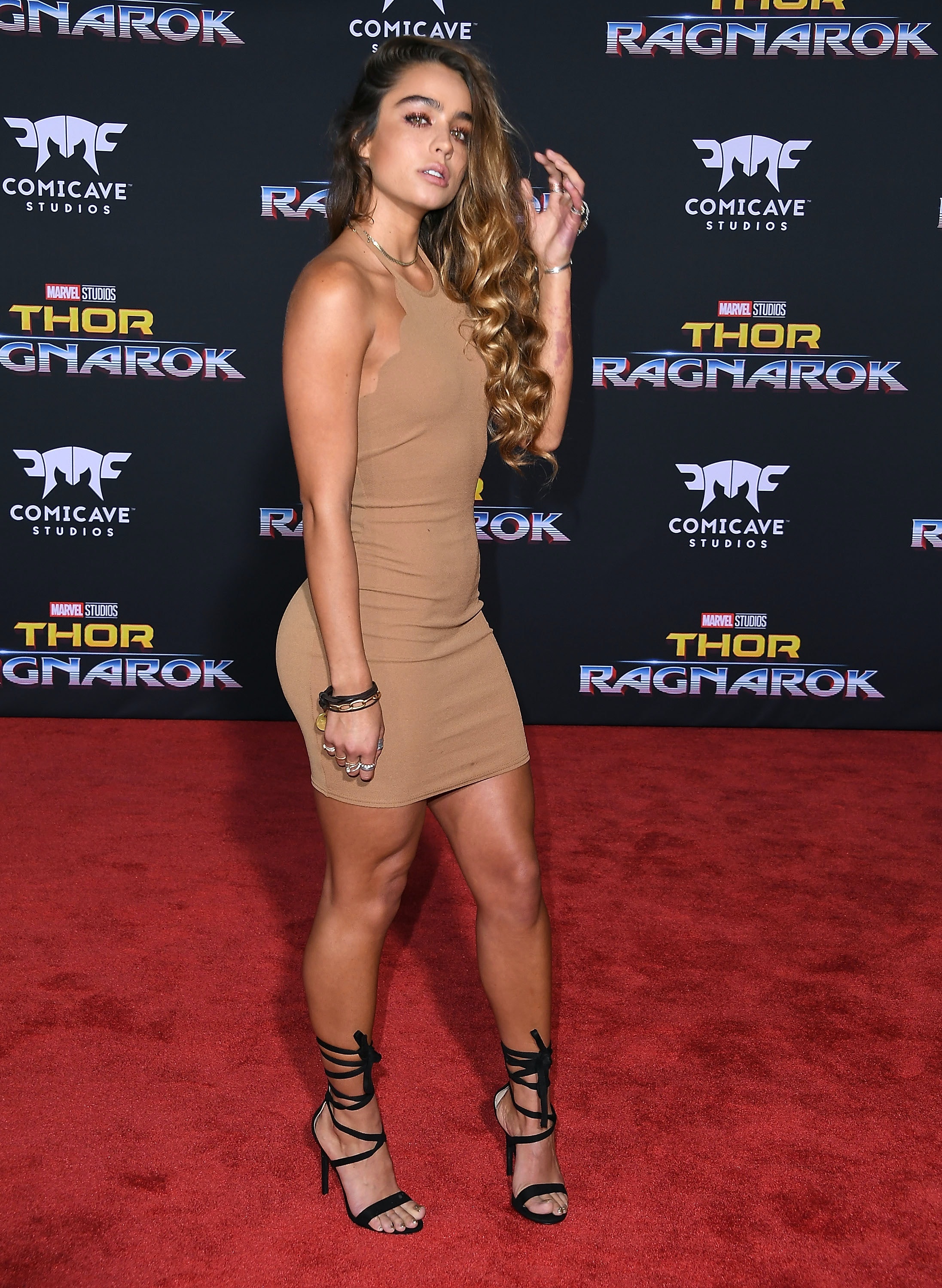 After Cyrus, MGK was briefly linked to model Sommer Ray after he retweeted two pictures of them together in March 2020. Right around the same time, the two were reportedly spotted shopping together in L.A., per the Daily Mail.

But apparently, the relationship was short-lived, and in April 2020, Kelly seemingly confirmed their split when he tweeted, "She came and picked all her stuff up on my birthday. Nice." He later followed that tweet up with, "I shouldn’t have tweeted personal business. Especially when the person is a great human and this tweet seems one-sided." Ray never commented on the reported relationship or breakup. Not long after meeting on the set of Midnight in the Switchgrass back in March 2020, Megan Fox and Machine Gun Kelly set off dating rumors, which intensified after Fox appeared in Kelly’s music video for "Bloody Valentine." In July, they went public with their romance, and in December, a source for Entertainment Tonight reportedly claimed Kelly "sees marriage" with Fox in their future. You love to see it!

Here’s hoping MGK and Fox have a promising future ahead of them.