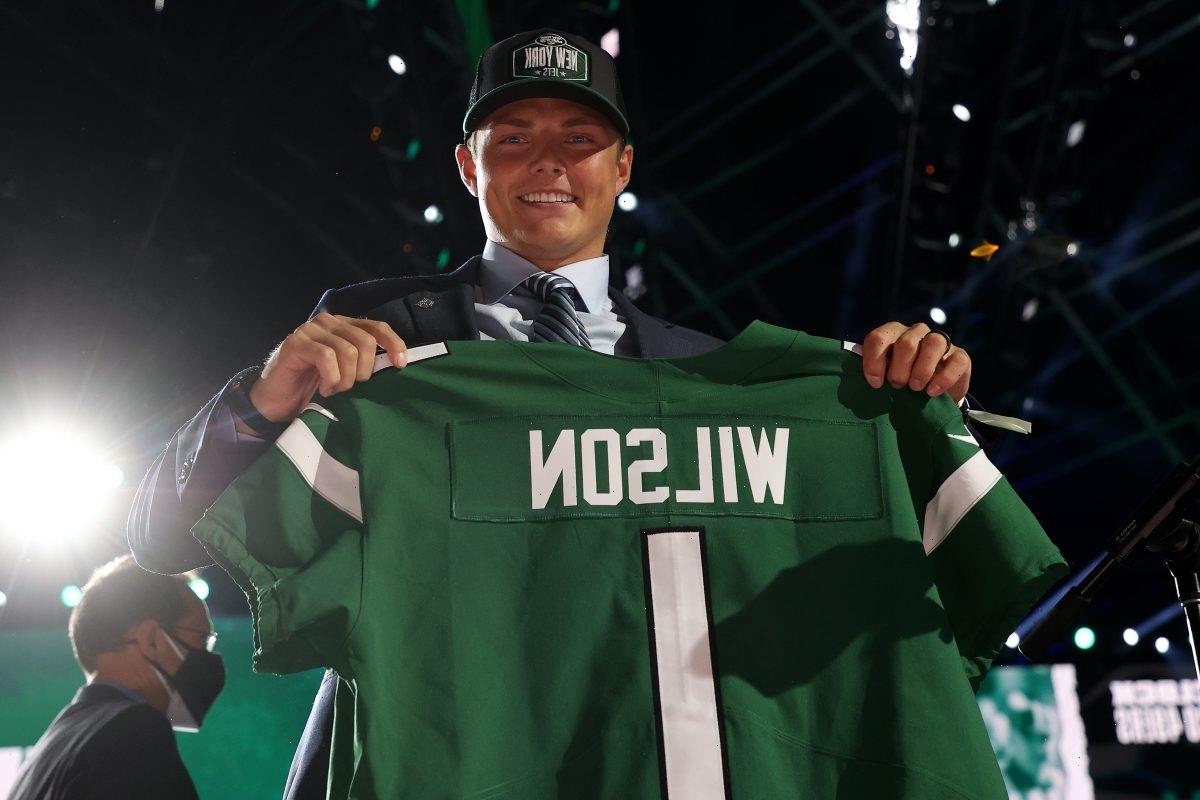 Quarterback Zach Wilson was selected with the second overall pick by the New York Jets in the 2021 NFL Draft. Right from the start, the team had high hopes for the athlete and signed him to a four-year fully guaranteed $35 million contract.

Now that’s he’s playing under the bright lights in the Big Apple, fans want to know as much as they can about the signal caller including who he’s dating. Here’s more on Wilson and his girlfriend Abbey Gile.

Zachary Kapono Wilson was born on Aug. 3, 1999, in Draper, Utah, to parents Michael and Lisa Wilson (née Neeleman). He is one of six children. His three brothers have also played football in high school and at the collegiate level and their father was a defensive tackle at the University of Utah.

Wilson’s two sisters are both in competive dance and the youngest, Sophie, is also a cheerleader.

The family patriarch is Hawaiian and Wilson’s middle name Kapnano means “righteous” in Polynesian. The quarterback’s uncle is David Neeleman who founded JetBlue as well as four other commercial airlines.

Wilson attended Corner Canyon High School. He ended up meeting Gile who went to nearby Brighton High School. The pair began dating and have been together ever since

Other facts about Wilson’s girlfriend

Gile, who was also born in Utah, is the daughter of Nicholle Gile (nee. Dimick) and Dennis P. Gile. Her father is the president of Elite Custom Exteriors. Gile has two siblings — an older brother named Parker and an older sister named Kelsey.

Just like Wilson’s sisters, Gile is a dancer and was a member of the Accadians Drill Team. The team won first place at the Utah State Class 5A in February 2019. After Brighton, Gile enrolled in Utah Valley University.

Another thing we know about Wilson’s high school sweetheart is that she considers herself one of Beyoncé’s biggest fans.

Over the years Wilson and Gile have made quite a few appeaerances on each other’s social media accounts. Neither of them are shy about expressing how much they care about one another and they always make sure to mark the other’s birthday with a sweet message.

“Happy birthday my love. You make me the luckiest girl in the world. I’m so proud of you and everything you’ve accomplished. The best is yet to come. I love you Zachary,” Gile wrote on her beau’s 22nd birthday.

Wilson sent his lady a heartfelt message on her special day as well writing: “Happy Birthday to the most beautiful girl. I can’t explain how much you mean to me. Through all the ups and downs, you’ve always been [by] my side. Thank you for spoiling me! I love you to the moon and back!”