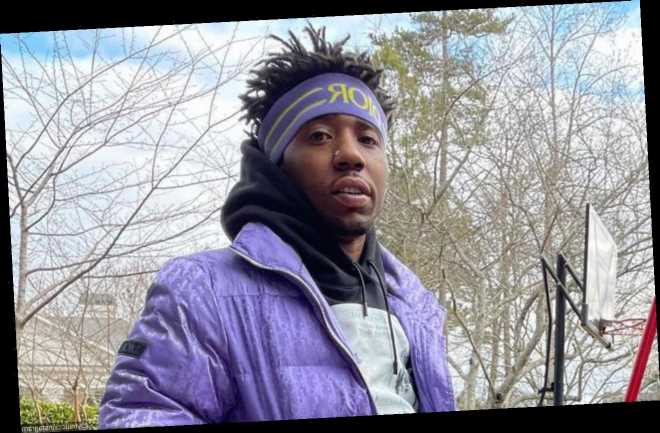 Days after the ‘Everyday We Lit’ rapper was taken into custody for the fatal shooting of his crew member, his girlfriend Reginae Carter claims he is ‘in good spirits’ and will ‘be home soon.’

AceShowbiz -Rapper YFN Lucci is appealing to a Georgia judge to release him on bond as he fights a murder charge so he can still provide for his family.

The “Everyday We Lit” MC, real name Rayshawn Bennett, was one of three suspects taken into custody by authorities in Atlanta last week (January 13).

He was booked on counts of murder, aggravated assault, participation in criminal street gang activity, and possession of a firearm during the commission of a felony, and held without bail.

The charges relate to the fatal December (20) shooting of 28-year-old James Adams, a member of the rapper’s crew, but Lucci’s attorney, Drew Findling, previously insisted officials have no grounds to keep his client locked up.

Now Lucci is seeking to be granted a reasonable bond so he can return to work and take care of his four young children and his mother.

In his legal filing, obtained by TMZ, the rapper claims he has no felony criminal record and is not a flight risk, arguing he “poses no significant threat or danger to any person, to the community, or to any property in the community”.

Meanwhile, Lucci’s girlfriend, Lil Wayne‘s daughter Reginae Carter, has shared an update from her man from behind bars.

She recently posted on her Instagram Story timeline, “Hey Guys! Ray wants you all to know he’s in good spirits and doing well. Thanks for all the prayers and well wishes… he’ll be home soon.”

Lucci, whose real name is Rayshawn Lamar Bennett, turned himself in to Atlanta, Georgia police on Wednesday evening after he was wanted for murder of a man on December 10, 2020 in the southwest area. The rapper was then booked into the Fulton County Jail and charged with murder, aggravated assault, participating in criminal street gang activity and possession of a firearm. His booking record also mentioned that he’s additionally accused of theft by shoplifting which may bring a misdemeanor charge. He was denied bond at a hearing on Thursday.