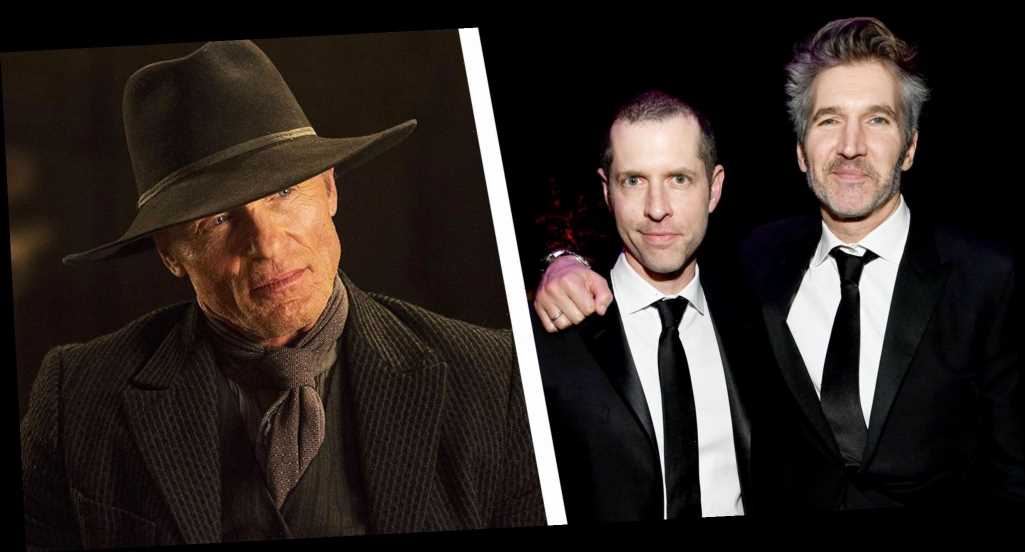 The Wrap reported last week that Game of Thrones showrunners David Benioff and D.B. Weiss will star in the second episode of Westworld’s third season (out on HBO this Sunday).

David and Dan are reported to play two technicians at Delos, the company responsible for the creation of the many “parks,” the most famous being, of course, “Westworld.”

Technicians at Delos are usually shown on screen repairing dead hosts. The comic-relief-ish technicians of the last two seasons, Felix and Sylvester, the series’ Shakespearean greave-diggers, have so far been our only real look into Delos lab tech life. And things seem to go very badly for them. Lab tech life at Delos usually ends in death.

What role Benioff and Weiss will play isn’t clear, but it sure is fun to wildly speculate over the implications of a Westworld / Game of Thrones crossover universe. (Maybe it wasn’t Danny who smoked half of King’s Landing, killing countless civilians. Maybe it was Delores as Danny killing park guests.)

Since the Game of Thrones series finale, which left many fans incensed, Benioff and Weiss have been practicing more avoidance than cameo. The duo pulled out of Comic Con last year and exited two productions, one a civil war project for HBO (Confederate, since canceled) and a Lucasfilm deal for a potential Star Wars trilogy.

Their next venture will be for Netflix with a deal reportedly worth $200 million. Around the same time, Westworld creators Jonathan Nolan and Lisa Joy scored a $150 million deal with Amazon.

We guess it’s only natural for the two duos to meet at Delos. Here’s hoping we see a Jon Snow resurrection moment.