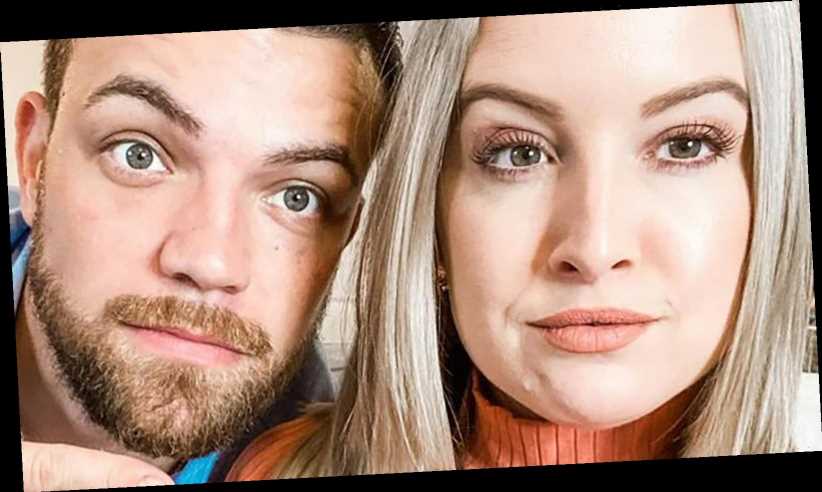 Even the most calm and collected among us have to admit, at some point, just how much we love drama. Who doesn’t? Even if you don’t like causing it yourself, drama and tension and a little bit of controlled chaos is way too enjoyable not to watch, even for those of you out there who claim otherwise. It’s the reason that we’re all addicted to some kind of reality television show. Fan of The Bachelor franchise? Then you have drama written across your forehead. Can’t get enough of the Kardashians? Drama is your middle name. Avid viewer of 90 Day Fiancé? Hold on, because your viewing experience just got a whole lot better.

With the launch of new streaming service discovery+ comes Love Games, the unscripted reality game show that pits 24 couples from the 90 Day universe against each other in the ultimate showdown. Fan favorites return to the screen to compete for 90 Day glory, with one such couple being Elizabeth and Andrei. Their dramatic love story had fans enwrapped, and now they’re answering all the salacious questions we’re dying to know.

So what juicy information did they spill while competing on Love Games? What will take viewers by surprise? Get ready, because you won’t believe the questions that Elizabeth and Andrei get asked on Love Games.

Being in any kind of competitive environment with your partner can be tough, especially when questions about your personal lives together are on the line. We’ve never competed in any kind of couples game show, nor do we think that our skills would make the cut, but Elizabeth and Andrei had a plan about how to approach Love Games. In a sit-down with The List, the couple revealed that they had a talk about any potential answers the other revealed while on the show in hopes of avoiding arguments between them.

“Beforehand, we would talk about it and be like, ‘All right, no hard feelings if somebody says something to get each other mad,'” Elizabeth shared. “Going into it, we kind of made that agreement as a team to just not let … Don’t be offended if I say something.” But despite the pact, Elizabeth revealed that there was still “frustration” between them. The couple shared that there “definitely were some arguments after the fact,” and that their game tactic didn’t always lead to harmony between them. They’d ask questions like “Why did you say that?” and “Why did you do this” to the other after filming an episode of Love Games, revealing to The List that there were definitely things about each other that they didn’t know about.

Despite any tiffs, Andrei said that they remained as much of a united front as possible. “We are very well balanced when we are working as a team,” he said. “We know a lot of stuff about each other.”

If there is one type of question that we’re all dying to ask the couples of the 90 Day Fiancé universe, it’s questions about their love life. And Love Games host Suki Krishnan didn’t hold back, because she asked Elizabeth and Andrei some pretty juicy questions about that part of their lives together. When asked by The List if there were any questions posed to them while on the show that really surprised them or caught them off guard, Elizabeth and Andrei revealed that the “hot” and “sexy questions” were a lot to handle. Andrei revealed that the questions really “put you on the spot” and he found himself surprised by their “very personal” nature.

“It definitely tests you,” Elizabeth revealed. “We’re not really … We’re not open to say sexual things. We like to keep certain things private, too. But it was fun to play along, nevertheless.” Elizabeth and Andrei continued, telling The List that because so much of their love story has been public, there are just a couple aspects of their relationship that they want to keep to themselves.

“There are just some things that are off-limits, and it’s good to have that balance because you need your boundaries,” Elizabeth shared. We really can’t wait to learn what the 90 Day couples reveal about themselves.

Elizabeth and Andrei were one of 24 couples to compete in Love Games, meaning that they were one of 24 couples who were asked some wild questions about their love life, marriage, and everything in between. The 90 Day Fiancé favorites told The List that it was a great experience to share aspects of their lives together that the 90 Day fanbase might not have known, and that despite some salacious questions, they were “happy to share.”

“We think it’s funny because obviously people go through that [questioning], and it’s okay. You know, like if you fart in front of your spouse? It’s okay. People fart! Like that’s a natural, human thing,” Elizabeth said, giving the The List a glimpse into just how expository their time on Love Games gets. “It’s just funny to us because everyone’s like, ‘Oh, you fart in front of your husband?’ … It’s like how can you not? You’re with each other 24/7!”

As for their time on the show, Elizabeth and Andrei look back on it with fondness, even though they were asked to reveal quite a bit about their relationship. “I’m proud [of] how I did and how my wife did,” Andrei said. “All these challenges bring us more together.”