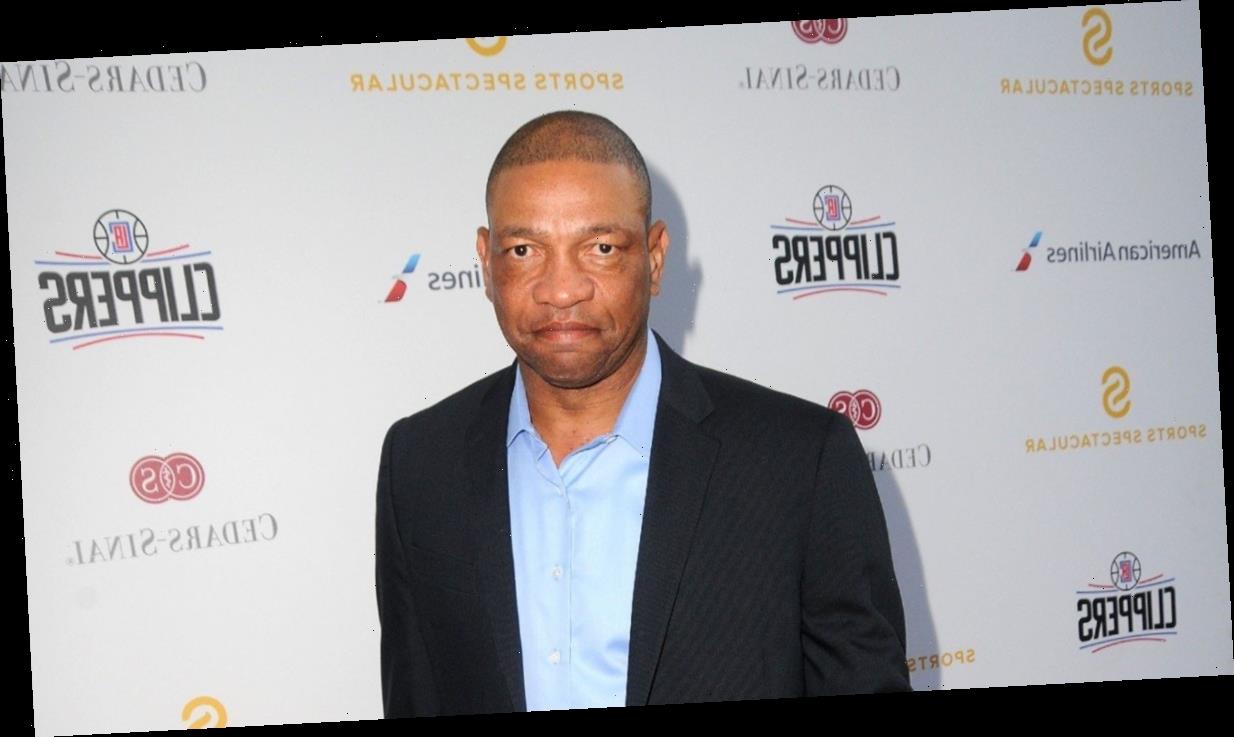 Yesterday Seth Curry was traded to the Philadelphia 76ers, where he’ll find himself working for head coach Doc Rivers, who happens to be his father-in-law.

Seth Curry married Rivers’s daughter, 31-year-old Callie Rivers, in Malibu, California, on September 14, 2019. The pair had been dating since 2017 and have a baby daughter, Carter, who was born in May 2018.

And last night, the Dallas Mavericks ended their relationship with the 30-year-old Curry, who was snapped up by Callie’s dad in exchange for Josh Richardson.

The former Clippers coach, Doc Rivers, was announced as the Sixers’ coach just last month, and it seems like he’s making Philadelphia a family affair.

To be fair to his son-in-law, Rivers happens to have bagged himself a fine 3-point shooter.

However, shortly after the wedding, Doc Rivers complained about the cost of his daughter’s nuptials.

“It was very expensive,” the coach told the New York Post.

He added: “I have to be the first coach to ever throw a wedding for an NBA player. Like, I don’t get that. I don’t think I should have paid. I really don’t. But it was fantastic.”

Perhaps, the coach hopes Seth will finally work off some of that hard-earned cash spent on the wedding. Either way, it’s a win-win for Philadelphia fans.

In the Rivers and Curry households, basketball is a family affair!

It seems like the Rivers and Curry families have basketballs running through their veins. While at the Clippers, Doc Rivers has also coached his son, Austin Rivers.

Of course, Seth’s brother is the one and only Steph Curry, the six-time NBA All-Star and twice MVP winner with the Golden State Warriors.

At the Los Angeles Clippers, Doc also coached Paul George, who had dated Callie for a short period in 2013- 2014.

The affair ended badly after it emerged that George had cheated on Callie with a Miami stripper. Fan Buzz reported that Rivers and George’s first meeting must have been “awkward.”

However, as one fan jokingly pointed out, the coach will be able to keep a close on Seth to make sure he behaves himself: “Seth can’t even fool on the road.”

We wish the best of luck to Rivers, Curry, and Philadelphia for the coming seasons.