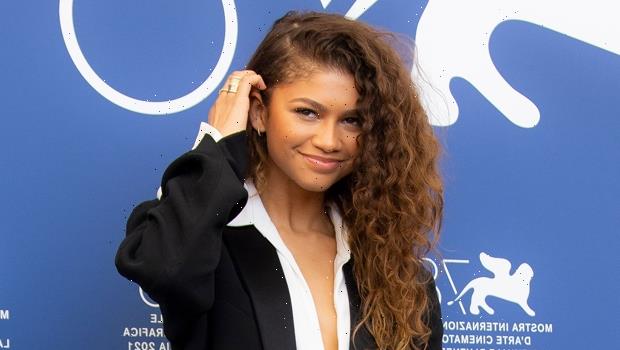 The ‘Spider-Man: Far From Home’ star added an elegant touch of color to her black and white outfit at the Italian movie festival.

Zendaya, 25, looked gorgeous at the photo call for Dune at the 78th Annual Venice Film Festival on Friday September 3. The actress’s outfit was incredibly stylish, as she greeted photographers at the sci-fi flick’s screening. Zendaya’s outfit was made up of a beautiful white dress, with a light pink ribbon that gave it just a little bit of a pop! She tied the outfit all together with an oversized black blazer that complemented the dress perfectly. 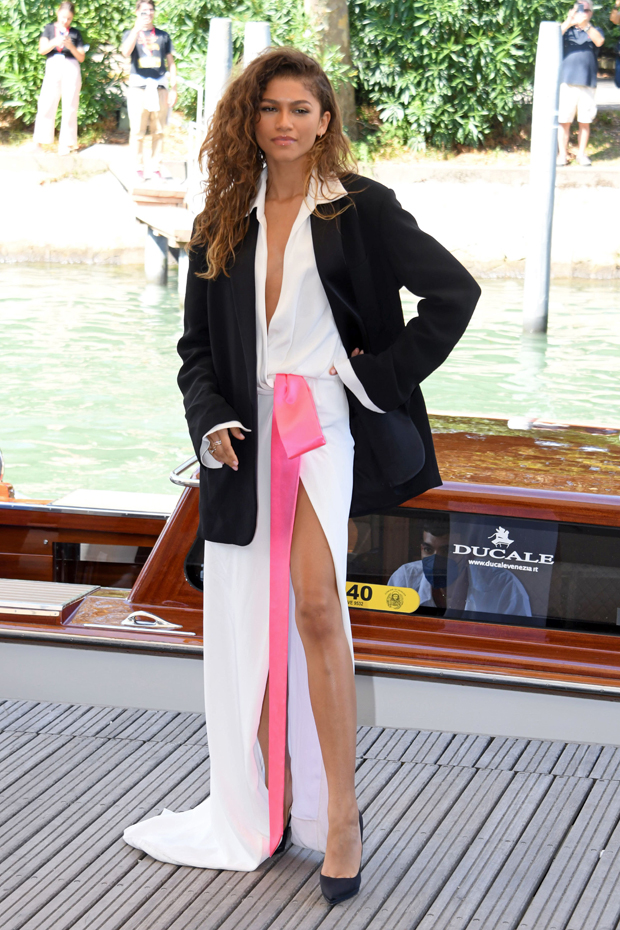 Besides the gorgeous dress, Zendaya accessorized with a few large rings. She also sported a pair of black heels, which she showed off through the dress’s slit. The actress also looked beautiful in some of the natural light that one of the dockside photo-ops offered. Dune, which Zendaya co-stars in alongside Timothée Chalamet and Rebecca Ferguson, is expected to hit theaters and HBOMax on October 22.

It’s been quite an eventful summer for Zendaya. Besides ramping up for the Dune premiere in October and Spider-Man: No Way Home‘s premiere in December, the actress went official with her Spider-Man co-star Tom Holland. Things have been heating up between the two stars. The super pair were seen getting cozy with each other at a wedding in August. When Zendaya celebrated her 25th birthday on September 1, Tom made a sweet Instagram post to wish the Mary Jane to his Peter Parker a very happy birthday. “My MJ, have the happiest of birthdays. Gimme a call when your [sic] up xxx,” he wrote in the caption for a selfie, which showed Zendaya taking a selfie, while he wore his Spidey suit. 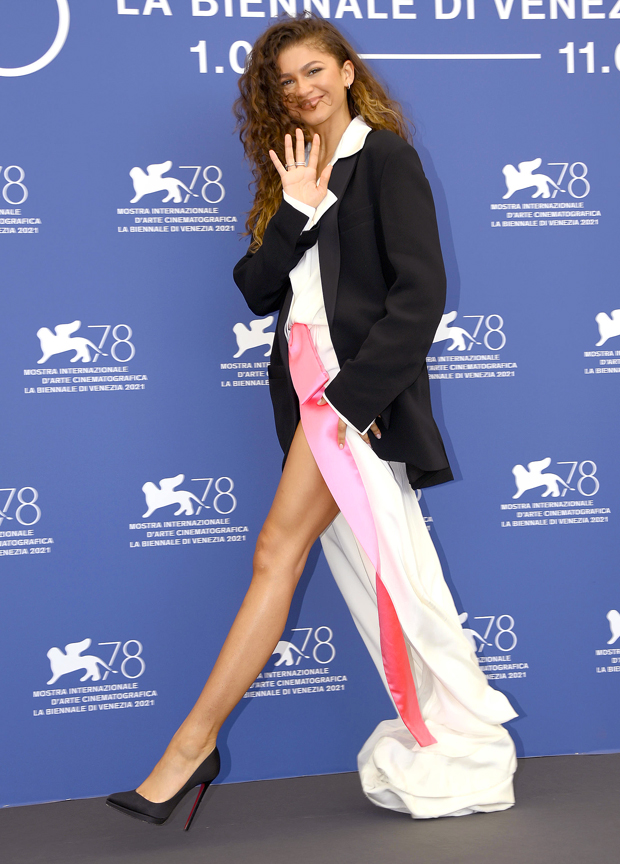 Back in July, The Greatest Showman star also spoke about how happy she’s been to get to work with Tom on the Spider-Man flicks in an interview with E!’s Daily Pop. “We were just absorbing and taking the time to enjoy the moment, being with each other and being so grateful for that experience,” she said. “When we did the first movie, I was 19. It’s been pretty special to have grown up together.”