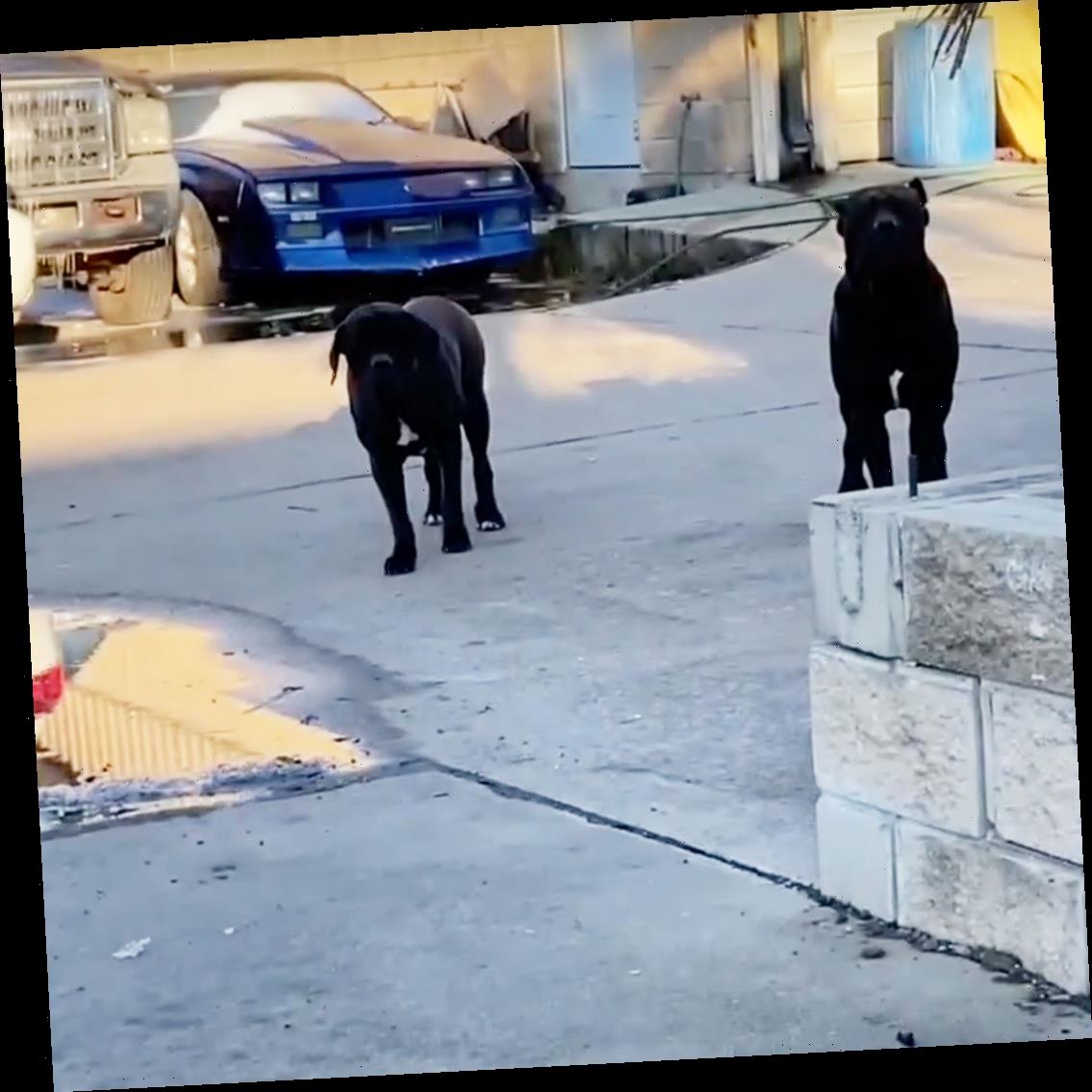 On Monday, six dogs, one of which was found dead, were discovered abandoned outside an auto shop in Houston, where temperatures had dropped below freezing due to a historic winter storm.

According to local news station KHOU, authorities responded to a call about the canines and found five dogs still alive outside the Texas auto shop — but no sign of the pets' owners. The temperature outside was 18 degrees when the surviving dogs, including one emaciated canine, were rescued. A sixth dog was found dead, partially covered in the snow.

The five surviving dogs were taken in for treatment, KHOU reported.

The incident is being treated as a case of animal cruelty by the Houston SPCA and the Houston Police Department.

"You can't leave an animal outside in extreme weather to fend for themselves and not have dire consequences like this," said Adam Reynolds, chief animal cruelty investigator for the Houston SPCA. "We have zero-tolerance when it comes to cruelty." Texas has been plagued with frigid temperatures and widespread power outages over the last three days due to a severe winter storm that shocked the southern state. As of Tuesday afternoon, over 4 million Texas households have reported power outages.

According to the National Weather Service, temperatures are expected to be below freezing in North Texas throughout Tuesday and just above freezing in Houston and San Antonio.

At least 17 deaths have been connected to the winter storm in Texas, The Weather Channel reported.