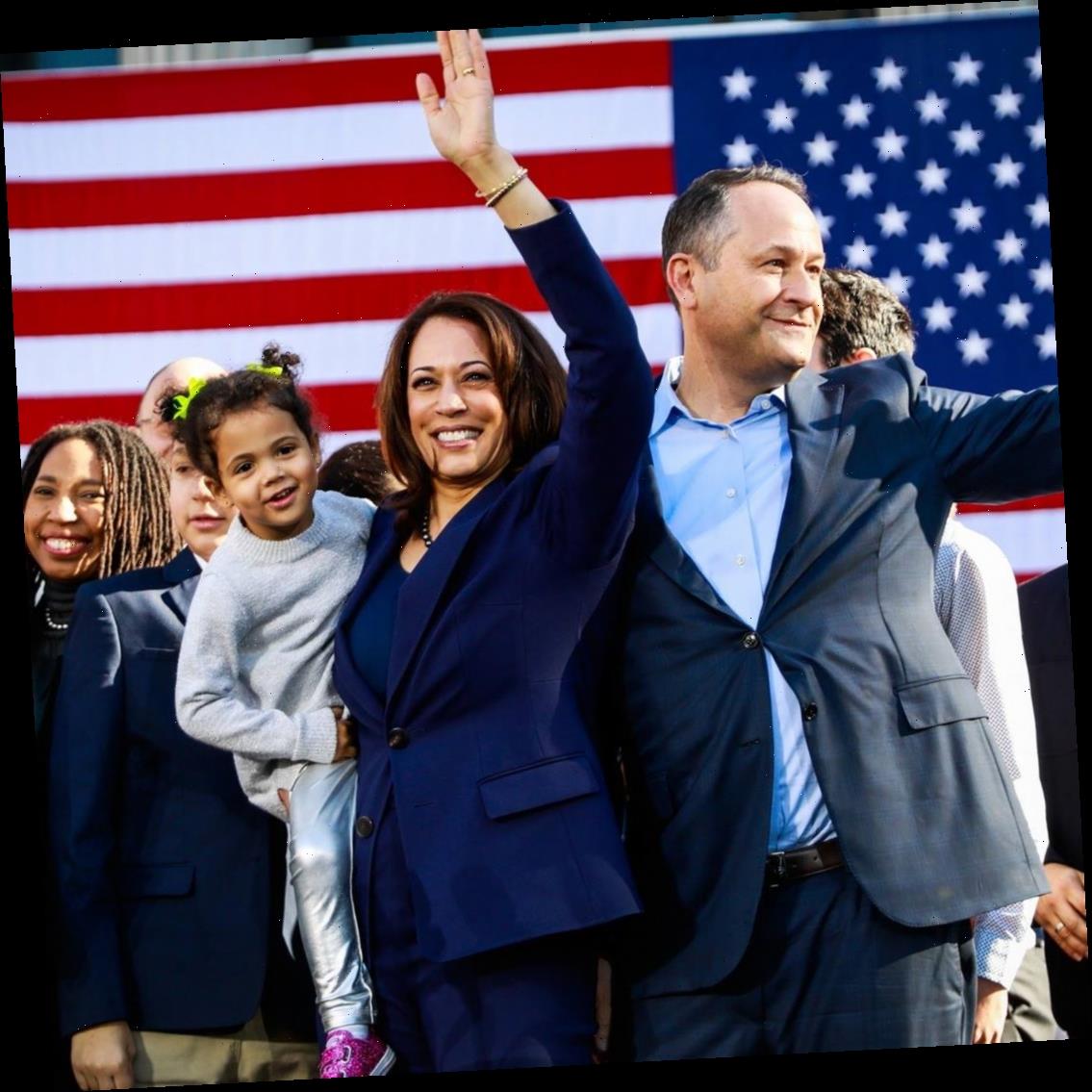 Raised to fight for social justice from the time she attended her first march in a stroller, California senator and Vice President-elect Kamala Harris was always destined for the White House.

With one question this past August, Democratic presidential nominee Joe Biden set Kamala Harris on a collision course with history—first woman, first Black and first Indian-American vice president. All titles the first-term United States Senator from California claimed Nov. 7, when she and the former vice president, 77, collected enough states to notch an electoral college victory.

Safe to say her resume is getting just a wee bit crowded.

First Black woman in California to be elected district attorney. First Black woman to serve as California's attorney general. Second Black woman and first South Asian American to serve in the Senate. Now, steps away from the Oval Office. These are descriptors most children can't begin to fathom. Fortunately, the 56-year-old, who grew up the eldest daughter of two civil rights-minded immigrants in Oakland, Calif., had a mom who always dreamed big.

"I am the daughter of a mother who arrived in the United States at the age of 19 and believed that she and her children could do anything," Harris said on The Daily Show Oct. 29 when asked to define what drove her to a career in politics.

Attending protests in her stroller before she could even walk, "I was raised to take action," Harris explained in a campaign video she shared with her nearly 7 million Twitter followers. "My mother knew that she was raising two Black daughters who would be treated differently because of how they looked. Growing up, whenever I got upset about something, my mother would look me in the eye and ask: 'So what are you going to do about it?'"

The answer saw her marching off to Washington, D.C. and enrolling at the district's renowned Howard University before heading to law school at the University of California, inspired by the work of attorneys and civil rights icons Thurgood Marshall, Charles Hamilton Houston and Constance Baker Motley.

The product of a wide and varied education, she and her younger sister Maya Harris—a civil rights attorney and former advisor to Hillary Clinton—were bused to an elementary school in an upscale neighborhood of Berkeley, Calif., as part of the city's desegregation program. Together they attended protests, sang in the choir at a Black church in Oakland and regularly attended a Hindu temple with their mother, Shyamala Gopalan, who came to California from India as a graduate student in 1958.

How Mom Wrote Off Anna Faris

Her parents divorcing when she was still in grade school, Harris got her first taste of injustice early, telling the Los Angeles Times that when she and Maya visited Jamaica-born dad Daniel Harris—an economist and professor emeritus at Stanford—on weekends, other children refused to hang out with them.

"The neighbors' kids were not allowed to play with us because we were Black," she explained in a 2015 interview. "We'd say, 'Why can't we play together?' 'My parents—we can't play with you.' In Palo Alto. The home of Google."

After spending her formative years in Montreal, biologist Gopalan having accepted a position as a breast cancer researcher at a McGill University hospital, Harris landed at D.C.'s historically Black Howard University because she felt, as she told the paper, that students there could be "anyone you want to be." Continued Harris, "Nobody's putting you in a box and saying, 'This is what it means to be Black.' The homecoming queen and the president of the student government and the chief editor of the newspaper are all Black."

Harris went the public service route. "I decided to go in the system to change it from the inside," she said on The Daily Show of accepting her first deputy D.A. position in 1990 and trying cases involving charges of drunk driving, sex crimes, assault and homicide.

In 2003, she emerged victorious from a hard-fought battle to replace her former boss as San Francisco D.A., one that campaign strategist Eric Jaye likened to the L.A. Times as "a good old-fashioned San Francisco political bloodletting."

Notching another tight victory in the 2010 race for California's attorney general, she fought for a $20 billion relief settlement for homeowners affected by the foreclosure crisis and keyed in on criminal justice reform, the California Department of Justice becoming the first statewide agency to adopt a body camera program for police officers.

"I'm used to being in the executive branch and getting things done," Harris recently told Elle of her work as AG. "And not having to ask permission. In fact, that's why I've run for most offices I have run for, because I'm not so good sometimes at asking for permission."

Elected to the Senate in 2016, the boxes in her D.C. condo were still unpacked when she threw herself into the chaotic aftermath of the January 2017 travel ban affecting Muslim-majority countries, calling then-secretary of Homeland Security, General John F. Kelly at home to get answers for the civil rights lawyers who'd begun ringing her nonstop.

It was a fairly natural step for someone who spent her childhood arguing points—"If you sit at the dining table and you want to say something, you'd better be prepared to defend it, no matter how old or young you are," she told Elle of the stance in her home—and learning early on that dedicating yourself to fighting for justice was a must.

"I was raised that it is not about charity and benevolence," she explained, "it's about your duty. No one's going to congratulate you for it—it's what you're supposed to do."

She fell short of the presidency, withdrawing her name from the crowded field of nearly 30 Democratic candidates last December and paving the way for Biden to accept the party's nomination. But her progressive plans to improve healthcare and reform the criminal justice system, a willingness to challenge Biden on issues related to race, and some three decades of public service didn't go unnoticed.

"It's really, really, really important to have someone with this intellectual capacity, educational background, backbone and stature," Biden told People in August, shortly after selecting Harris, who was also a friend of his late son Beau Biden, to join him on the ticket. "It's going to change a lot."

For Harris, their connection is a shared commitment to families. Wed to attorney Doug Ermhoff since 2014—just a year after they were set up on a blind date by a mutual friend—she's "Momala" to his son Cole, 26, and daughter Ella, 21, with his first wife, film producer Kerstin Emhoff. "We're a very modern family," she told People. "Their mom is a close friend of mine…. Joe and I have a similar feeling that really is how we approach leadership: family in every version that it comes."

Grateful every day to be Momala to Ella and Cole.

And though her stepchildren got to know her "as a person first—a person before a politician," as Ella put it in a recent Zoom chat with Glamour, it was evident from the jump that the Converse-loving, voicemail-leaving, joke-cracking, eternal optimist with a penchant for grilling their friends about their "10-year plans" was poised to change the world. "Not many people in this family are passive in any way," Cole explained, "and I think that's kind of what drives everyone. Everyone just cares and wants to get things done, and actually work."

Now, with her and Biden's victory sealed, Harris has got plans. First, as she joked to People in late October, "Sleep." Then, chimed in Emhoff, "Just get ready for what comes next."

As she told her running mate back in August, "I am so ready to go to work."