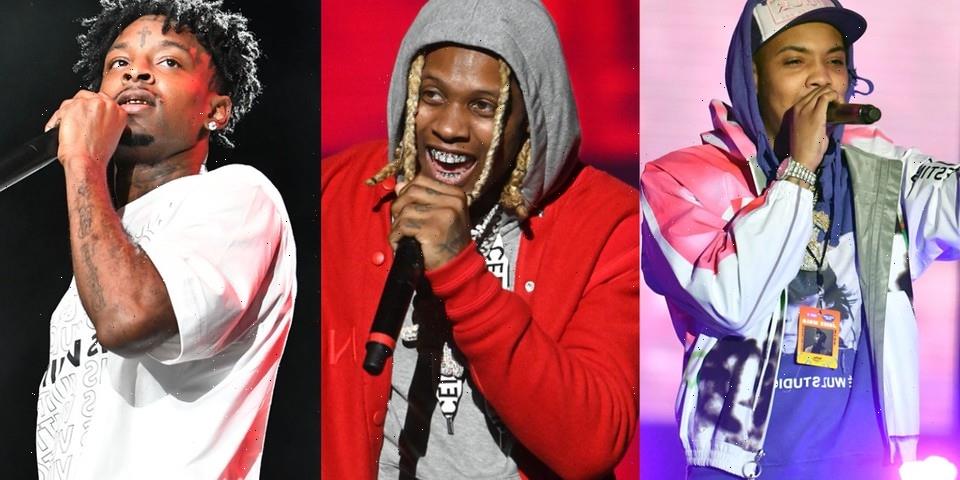 Following the success of his single “Who Want Smoke?”, 19-year-old Jacksonville rapper Nardo Wick has returned with an updated version of the track, dubbed “Who Want Smoke??” featuring Lil Durk, 21 Savage and G Herbo.

The new track lands with an accompanying Cole Bennett-directed Lyrical Lemonade video with all four artists. In the visual, Nardo leads the troupe through a burning city, while Durk raps from a conference room, 21 Savage drops bars in the center of the chaos and G Herbo takes the mic from a warehouse.

“They be on my page like, ‘Slide for Von’,” Durk raps on the track. “I know they trolling me/Outside with your big homie be on, I keep them folks with me/Got it back in blood, y’all just don’t know, that’s how it ‘posed to be.”

Nardo has not disclosed a release date for his forthcoming debut effort Who Is Nardo Wick?, though he’s already made a sizable entry in the hip-hop sphere with this top-shelf collaboration. Additionally, since its release in January, the original “Who Want Smoke?” has garnered more than 60 million total streams.

Elsewhere in music, Dwayne Johnson has made his rap debut on Tech N9ne’s “Face Off.”
Source: Read Full Article