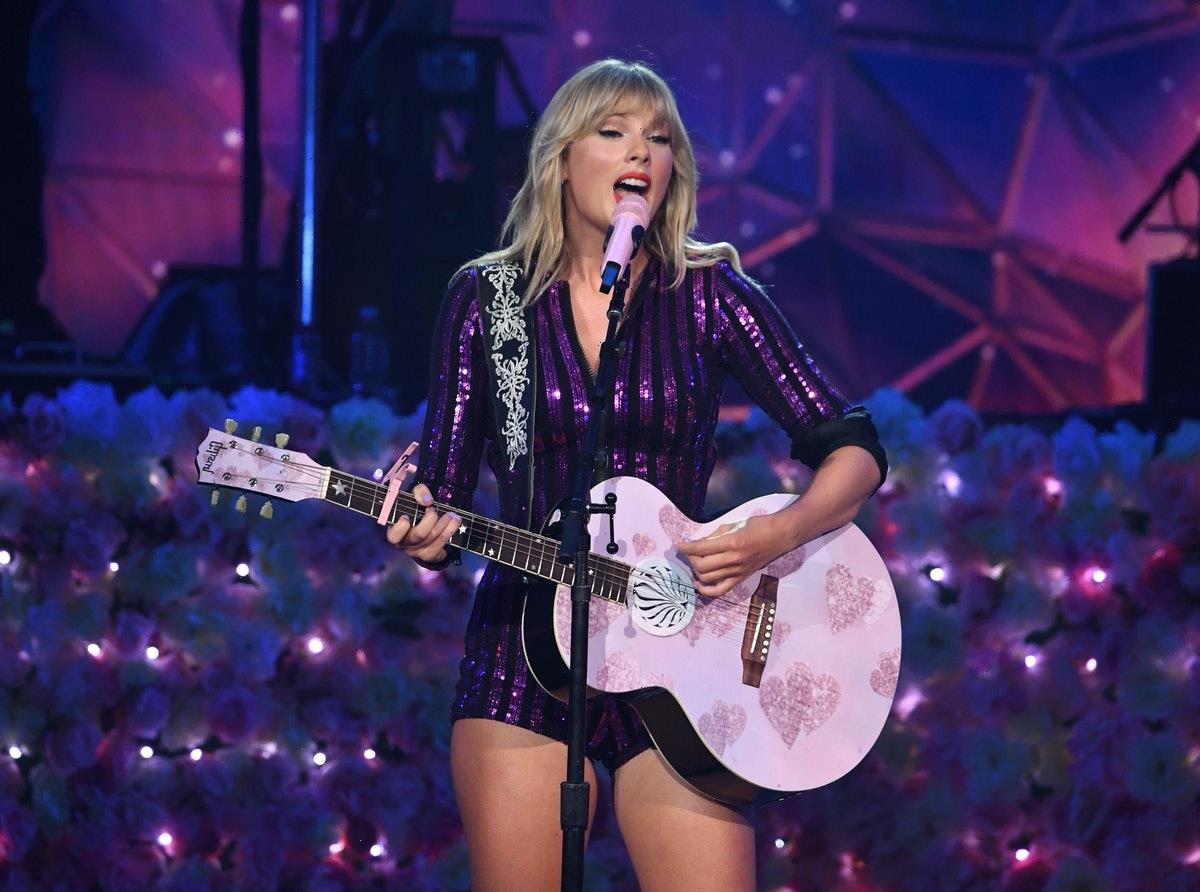 Few musicians are as honest as Taylor Swift when it comes to writing lyrics about dating, romance, and sex. Both die-hard Swifties rocking "cardigan" cardigans and casual listeners can agree: Taylor Swift’s lyrics about love and sex are iconic and totally relatable. And with her re-release of Fearless, fans have been jamming to the album as if it was brand new.

In some ways, it is. Swifties finally get to listen to songs "from the vault." including Swift’s Maren Morris collab ,"You All Over Me," "Don’t You," and "Mr.Perfectly Fine" (a track Swift has talked about before). But even without these new gems, Fearless (like all of Swift’s albums) is worth celebrating all over again.

She perfectly captures what it’s like to be young, in love, and just figuring out what’s in your heart. And as she’s grown up — and as her listeners have grown up with her — it’s pretty cool to see how she’s evolved and opened up about spicier topics like sex and betrayal. (See: reputation and the spicy lyrics on Lover.) Below, 21 Taylor Swift lyrics about love and sex that are guaranteed to make you swoon.

Whether she’s feeling her country roots, reigning as the glittery pop princess of your dreams, having an ’80s moment, or fully embracing electronic hip-hop, there’s a T-Swift song for every emotion.