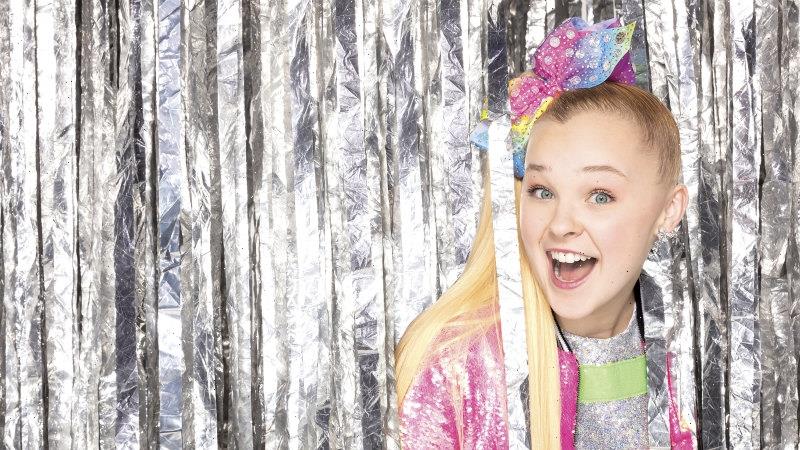 To chart the rise of JoJo Siwa, we must begin with the show Dance Moms. Dance Moms is precisely the kind of program you’d expect it to be based on the title. A bunch of mothers (dance moms!) gently nudge their children towards superstardom while a camera crew captures the entire journey. 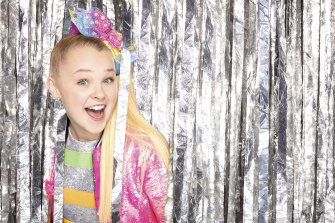 At the tender age of 11, JoJo appeared on Dance Moms alongside her mother, Jessalyn. The pair became very popular, thanks mainly to the trademark oversized bow in JoJo’s hair and their infectious enthusiasm. Fast forward to today and JoJo is an Internet sensation, with 11 million followers on Instagram, 31 million on TikTok and a burgeoning business empire (JoJo’s bows are very popular, ask anyone under the age of 13.)

JoJo’s influence saw her claim a spot on last year Time’s list of 100 most influential people list. Earlier this year, JoJo, came out as gay and competed on Dancing with the Stars, in which she competed in the first same-sex dancing partnership in the show’s history.

As if that’s not impressive enough, JoJo is now hosting a television show, Siwas Dance Pop Revolution. So, it’s little wonder that JoJo and her mother, Jessalyn, could only spare eight minutes of their time, but that was more than enough to get the lowdown on all things JoJo Siwa.

The trademark JoJo bow is gone.

Despite being known for her over-the-top bows, JoJo decided to retire the statement headpiece earlier this year. 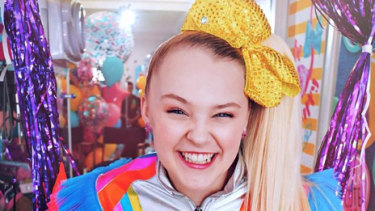 “It was a natural transition, and I feel like it was a bandaid, and it needed to be ripped off; there was a piece of me that was scared of taking the bow off, but I feel like I’ve grown up now,” says Jojo.

“We love the bow for everything it was, and still will be, but it’s ok not to wear it every day,” adds Jessalyn.

While the bow may have taken its final bow, the big bow bucks are still rolling in. JoJo estimates that sales have now topped 100 million.

Her mum is a proud Momager.

Kris Kardashian may have given momagers a certain brand, but Jessalyn takes pride in the role she’s played in her daughter’s career.

“I think half the battle is knowing who you are, I know I’m a momager, I love being a momager, and I’m proud of it,” Jessalyn says.

Christmas is at Cardi B’s house.

Earlier this week at the American Music Awards, Cardi B took to the stage and made a public plea for JoJo to entertain her daughter, Kulture, for Christmas.

“So, JoJo, can you please come see my daughter at Christmas. I know you cost a lot of money. Y’all rappers ain’t got nothing on JoJo Siwa,” Cardi said.

So, can we expect some happy snaps from Cardi and JoJo come Christmas Day?

“I would be there in a heartbeat, I told Cardi backstage at peoples choice, I won’t crash her family Christmas, but maybe I can come the day after Christmas, and we can hang out,” JoJo says.

Much to fans delight, JoJo came out as part of the LGBTQI+ community earlier this year and the 18-year-old says the early signs were there in her fangirling over Miley Cyrus in Hannah Montana when she was younger. “I think looking back, I should’ve realised I was gay given how much I loved Miley Cyrus; there were signs there,” JoJo says.

Being starstruck is a thing of the past.

There’s no denying that JoJo is a star in her own right, so gone are the days of being starstruck by her peers. “I used to be shaky around celebrities, but I ran into Anthony Ramos from Hamilton, and we had a normal chat,” she says. “I also met [Korean boy band] BTS at the Peoples Choice Awards, and normally, I would be lost for words, but I kept it cool, then one of the members walked past me and was like, ‘Hey, what up JoJo!’ which felt very cool.”

Except maybe with Lady Gaga.

If there was one person who might overawe young JoJo, it’s House of Gucci star Lady Gaga.

“She is my all-time favourite pop star, and the song is Born This Way; it is my anthem of life,” JoJo says. “It’s the perfect pop track, so inspiring yet danceable and fun; she is amazing.”

She sees herself in the Dance Pop Revolution girls.

JoJo’s new show, Siwas Dance Pop Revolution, sees 11 tweens participate in a series of performances and challenges. The girls compete for a coveted role in XOMG Pop, a brand-new pop group that Jessalynn will manage. JoJo acts as a mentor on the show and can’t help but see herself reflected in each contestant. 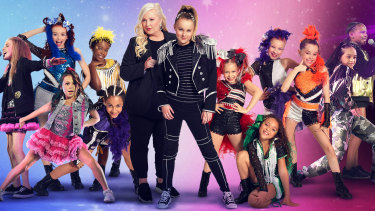 “I see a little bit of myself all of them, the shy side in Dallas, the fearless in Kinley, the confidence in Kaia,” JoJo says. “I see alot of different parts of me in all of them, and that’s been nice.”