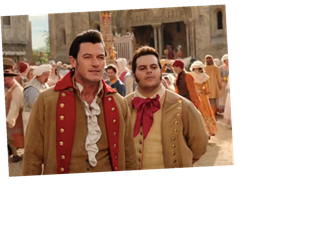 Say bonjour to the latest Disney spinoff news. According to The Hollywood Reporter, a Beauty and the Beast prequel series is in the works, and will apparently focus on the origin story of the original movie’s villain Gaston and his bumbling yet much-more-likable sidekick LeFou. Elite Daily reached out to Disney+ for confirmation, but reps declined to comment.

THR reports the actors who played Gaston and Lefou in the 2017 live-action remake of Beauty and the Beast, Luke Evans and Josh Gad (respectively), have already signed on as stars. Though still-untitled project is reportedly in the early stages of development still, it is expected to be a six-episode limited series. Like its source material, the series is shaping up to be a musical.

Though details are sparse so far, the show is said to take place a good deal of time before the events in the movie. It is unclear if Emma Watson, Ian McKellen, or the movie’s other stars will reprise their roles in any capacity, though it seems like there could be a possibility. It’s also possible the project will introduce brand-new characters, thus expanding the Beauty and the Beast universe.

It sounds like Disney+ has teamed up with the right people to make this idea come to life. According to Variety, Eddy Kitsis and Adam Horowitz — the duo behind ABC’s popular Disney fairytale re-imagination Once Upon A Time — are set to cowrite and produce the series alongside Gad. 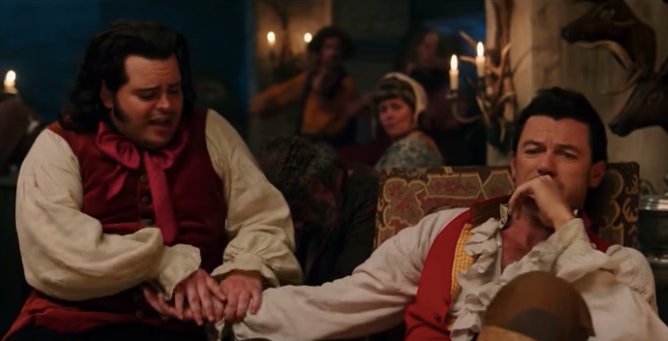 It’s safe to say Gaston is one of the most reviled characters in Disney history. In the movie, he was a misogynist who couldn’t take Belle’s "no" for an answer, and went so far as to attempt murder to get what he wants. While that description doesn’t exactly make for a compelling main character to root for in this rumored series, there are a few directions Disney+ could take this to make it work. One option could be to show how Gaston became the monster he is in the movie, detailing the bad things that happened to him and the horrible choices he made to get to where he ended up.

But another, potentially funnier route the show could take would be to portray Gaston as the d*ck he is, and make it a comedy, pairing his macho-man antics with LeFou’s commentary. And speaking of LeFou, many fans are hoping this new project gives fans a chance to see more of Disney’s first openly gay character.

Stay tuned for more news on this project as it’s announced.