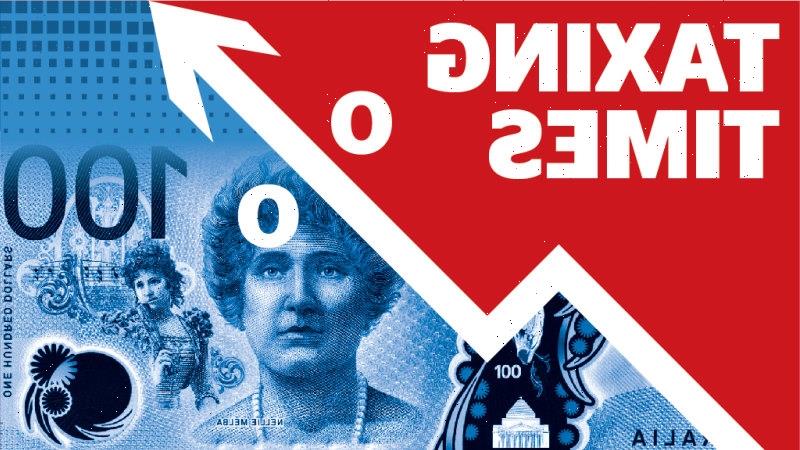 By Jennifer Duke and Shane Wright

Under the Australian tax system, how much tax you pay on $100,000 in earnings is no simple matter.

Depending on how you made the money, your willingness to push tax boundaries and the ability of your accountant, the ATO’s bill on your $100,000 could be anywhere between $25,000 and a refund of $5000.

It’s complex and perverse outcomes such as these that have top economists, former Treasury officials and ex-politicians warning Australia is fast approaching a fiscal nightmare that will weigh on key services and how the country defends itself, and add to inequality. 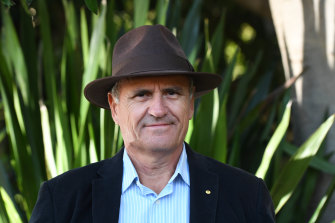 Ken Henry says the lack of progress on major tax reforms he identified 10 years ago is “heartbreaking” and “disappointing”.Credit:Peter Rae

Their urgent call for an overhaul of the nation’s tax system begins a special series from The Sydney Morning Herald and The Age on the problems facing governments and taxpayers, and possible solutions. The series is based on interviews with some of the nation’s most experienced tax experts, policymakers and those who have watched on for years as the national tax debate has become bogged down in politics.

If you are on a salary of this amount, you will end up paying almost $23,000 a year in personal income tax.

Make $100,000 selling shares in a company that you’ve held for at least 12 months and you have the same tax liability as the small business partnership.

If you make $100,000 selling the family home in the nation’s currently hot property market, you won’t pay a cent on the capital gain.

Then there’s the shareholder who’ll pocket a $5000 cheque from the Tax Office if the Australian company they invest in pays out $100,000 in fully franked dividends.

In 2008, former Treasury secretary Ken Henry chaired a tax review commissioned by then-prime minister Kevin Rudd. The 2010 document was intended to guide tax reform for the next 10 to 20 years.

He now says the lack of progress on major reforms he identified 10 years ago is “heartbreaking” and “disappointing”.

“Today’s system is a much bigger mess now than it was when we were working on the review,” Henry says.

We don’t honour wealth from toil because we tax [income] so heavily. What we honour is wealth from sport, gambling and property speculation.

He is one of the experts growing increasingly worried about how the federal government will afford to pay an expanding bill for critical services as the proportion of working-age Australians shrinks and people live longer. “At some point, people are going to say: ‘What the hell is going on here?’”

The most important role of tax is to pay for government services.

But even before the COVID-19 pandemic, the budget bottom line was in trouble. The last surplus was in 2007-08 while the federal government’s total debt burden was less than $300 billion when the Rudd government lost office in 2013.

Eight years on, debt is on its way towards $1 trillion, with the Parliamentary Budget Office (PBO) anticipating deficits to continue beyond the next decade.

A record deficit of $134.2 billion last financial year, after an $85.3 billion shortfall the year before, is expected to be followed by another deficit of at least $120 billion this year. It’s a sea of red unparalleled in Australian fiscal history.

Spending was contained under the Abbott and Turnbull governments, particularly in social services and welfare. But political reality, COVID-19 and inquiries such as the aged care royal commission have forced a loosening of the national purse strings to the tune of $200 billion since mid-2018.

‘There will be a reckoning’

More spending is on the way. For instance, no one in government knows the exact cost of its proposed nuclear-powered submarine fleet or what might come from the royal commission into Defence and veteran suicides.

This could be exacerbated by a lift in global interest rates. Even a small increase in the cost of borrowing will push up the nation’s interest bill, which this year, at $19.5 billion, is almost as much as is spent on family assistance.

Peter Costello, the nation’s longest-serving treasurer who introduced the GST in 2000, warns the huge amounts borrowed over the past two years will have a big effect on future generations. Costello is chairman of Nine Entertainment (owner of The Sydney Morning Herald and The Age).

“Young people eventually will have to pay for it,” he says.

“That’s when tax reform is going to come right back on the agenda,” he says.

Failing to undertake tax reform concerns former Reserve Bank of Australia governor Bernie Fraser, who says the growing health and aged care needs will make enormous calls on public coffers at a time when debt will be high.

“The costs of the virus are enormous and the debt that goes with that is enormous and is going to have to be paid back at some time,” he says.

“The ageing population is going to generate a lot of additional healthcare expenditures quite apart from the virus. The government of the day is going to have to find the revenue or cut expenditures and the first port of call will be to cut back [in other areas]. That will be unfortunate.”

Think tanks and analysts including the Grattan Institute and the Committee for Economic Development of Australia have shown billions of dollars of extra spending is needed to keep up with improvements the public wants in health and aged care. The 2021 Intergenerational Report forecasts both real per-person health spending and aged care spending as a share of the economy will double over the next 40 years. The nation’s defence bill is also set to increase as tensions rise between China and Australia.

By reforming the tax system, Fraser thinks these bills can be met with less significant cuts in other critical areas. However, he says the political debate has been “dispiriting”.

Of the $496.6 billion in total revenue expected in 2021-22, the federal budget forecast about $225 billion will come from individuals’ income tax. A further $85.3 billion is expected from company and resource rent taxes, $75.9 billion from GST and other sales taxes and $20.9 billion from fuel excise. The balance is made up of fringe benefits taxes, other taxes and excise and non-tax revenue.

As demands on the budget rise, the biggest contributors to government coffers – working-age Australians paying income tax – will decline as a proportion of the population. By 2060, there will be 2.7 working-age people for each person over 65, down from four people now.

Treasury is projecting personal income tax to grow faster than other sources of revenue, GST to form a smaller proportion of the total tax take and company taxes to remain volatile. Henry is concerned this will impose a bigger burden on a shrinking proportion of the population who will need to pay a higher than average rate of tax each year to keep up with the nation’s needs.

The main strategy at the moment to afford the growing bill is “bracket creep”, whereby growing incomes push people into higher tax brackets.

“Why is it a disaster scenario? Because it delivers increasingly strong disincentives to saving, working, productivity, and … incentives to engage in tax avoidance and evasion,” Henry says.

The Morrison government’s seven-year personal tax cut plan, which finishes in 2024-25 with the creation of a single 30 per cent rate for people earning between $45,000 and $200,000, was aimed at addressing bracket creep. But research from the PBO says bracket creep will erode their value by 2028-29, necessitating another round of tax cuts.

The alarm bells are also ringing for Corinna Economic Advisory principal Saul Eslake, who says too few are acting to head off this threat.

“The system as it currently stands is probably incapable of generating the revenue that will be required to pay for the government spending that the population expects,” Eslake says.

He warns that by taxing workers too heavily and not capital gains or investment income, there will be an erosion of the values that helped make Australia a country offering equal opportunities.

“We don’t honour wealth from toil because we tax it [income] so heavily. What we honour is wealth from sport, gambling and property speculation, all of which our tax system taxes much more lightly,” he says.

“What has worsened is inequality in the distribution of wealth. And what’s really surprising about that is not so much that it’s increased between the already wealthy and the already poor but between the young and the old.”

Both Treasurer Josh Frydenberg and Labor shadow treasurer Jim Chalmers declined to comment for this article.

Economists and politicians generally agree the tax system needs to raise adequate revenue to fund the services required in a fair, sustainable and resilient way.

The current system may have ticked most of these boxes in the past, but University of Melbourne law school professor Miranda Stewart says it is no longer suitable.

In 1999, Australia halved the tax rate on capital gains in a move proponents argued would drive more money into the sharemarket and new companies. It precipitated a huge influx of investor cash into the property market.

Stewart says the lower tax rate on capital gains made sense when Australia was facing high inflation and trying to stimulate investment and keep wealth in the country.

“But today [with] that concession, plus the various substantial exemptions that still exist [for assets in superannuation, housing deductions and tax-free home gains] … and you have an ageing population where families are accumulating wealth over time then those policy settings that looked sensible or at least not objectionable 20 years ago seem inappropriate now,” she says. “And so the big issue is that we are under-taxing and unevenly taxing capital and wealth in Australia.”

Former Liberal leader John Hewson is also critical of the inequity in the tax system. He says concessions, such as the generous capital gains tax discounts, are easily given politically but hard to take back.

“There are distortions in terms of the treatment of the housing sector, superannuation which favours the top end of town and … the minor taxes, franking credits and so on, which have very significant equity consequences,” he says.

An unequal society where those who speculate on property and shares are taxed lightly while those who can’t afford to buy a home and rely on wages to grow wealth is also concerning to ANU tax expert Professor Robert Breunig.

“Government policy is directly making some people really wealthy and other people less wealthy, and it’s the people that it’s not making wealthier who are going to have to pay all the tax to pay back that government expenditure,” Breunig says.

He says a future under the current tax system means children of property-owning parents will be able to inherit or have a guarantor to buy into the market but those whose parents rent face a “pretty scary” time.

“It’s going to drive a big wedge in Australian society and that’s what we got rid of back in the 17th and 18th centuries,” Breunig says. “Who your parents were determined who you were and one of the great things about our society is we think that shouldn’t be true.”

While Australia is in a better position than many other countries, he says tax reform could be the difference between a dynamic economy attracting the world’s brightest minds or a nation where talented young workers move offshore.

“The question is: Is that what we want Australia to be?”