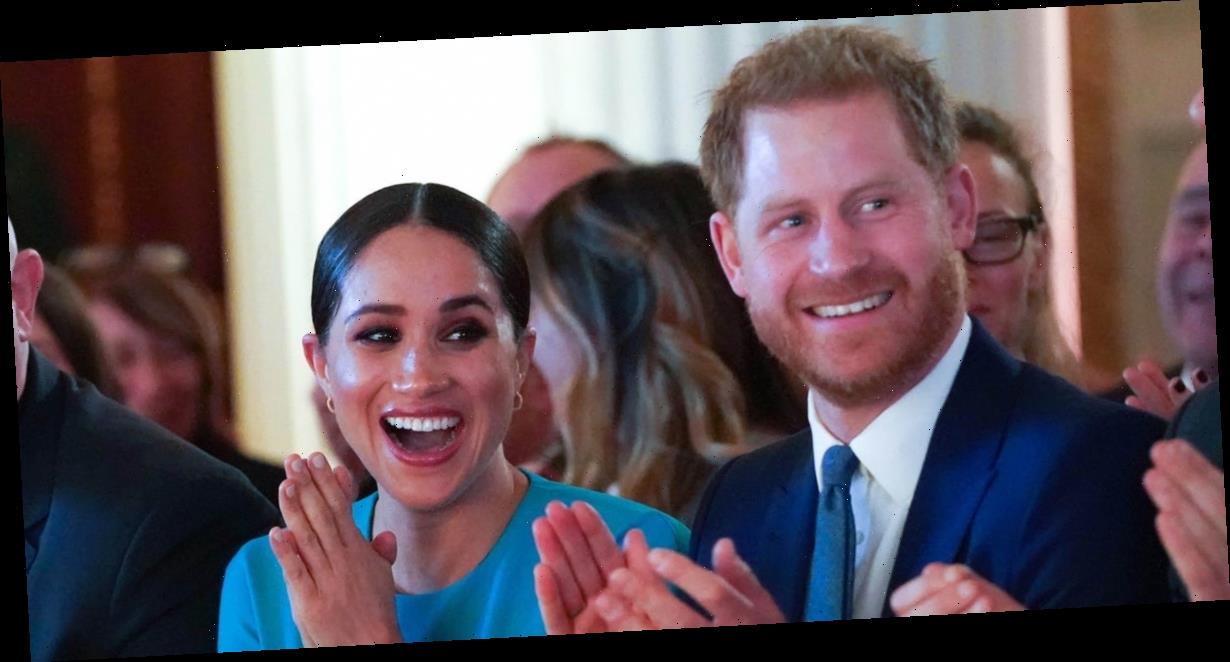 On Thursday, Meghan Markle and Prince Harry made their first joint appearance in the UK since deciding to step back from the royal family.

The Duke and Duchess of Sussex attended the 2020 Endeavour Fund Awards, which honors military members who have been injured and recovered through sports, according to its website.

The awards ceremony turned out to be more emotional than the couple anticipated, with a surprise proposal changing the tone of the night.

The couple made a splash at the event

Markle and Harry attended the show in coordinating blue outfits, showing a united front despite the upheaval of the last few months.

Fans were quick to point out that the couple looked like characters from a movie as they walked in the rain, grinning at one another.

The duke and duchess watched a myriad of awards be presented throughout the evening, and they both presented awards themselves.

However, the presentation of the Recognizing Award, which honors  "the individual who has best utilized their endeavor to promote and catalyze their recovery," as stated on the Endeavour Fund's website, stood out more than others.

The 2020 award went to Danny Holland, a veteran who was injured by an IED bomb in Afghanistan in 2012

The explosion left Holland with shrapnel in his body, and he lost hearing in his right ear. Holland also faced mental health issues, as he wrote on his Facebook page.

Holland began racing karts and cars with Mission Motorsport as part of his recovery, and he's now training to be an instructor to help others like him.

Based on photos shared on the Endeavour Awards Twitter page, Holland appeared to be emotional when he went to accept his award, but he decided to make the moment extra sweet by proposing to his fiancé during his speech.

The crowd, which included Markle and Harry, cheered as Danny proposed

Audience members clapped as the couple got engaged, including the duke and duchess, who were both visibly excited based on photos that captured their reactions.

Markle raised her hands to her mouth as she watched the proposal, unable to hide her excitement.

She grinned widely behind her hands, and the duchess had an emotional look in her eye.

Harry looked surprised as the engagement happened, but he was soon smiling as well.

You can watch a video of the duke and duchess' experience at the Endeavour Awards on their Instagram, which includes shots of their reaction to the proposal.