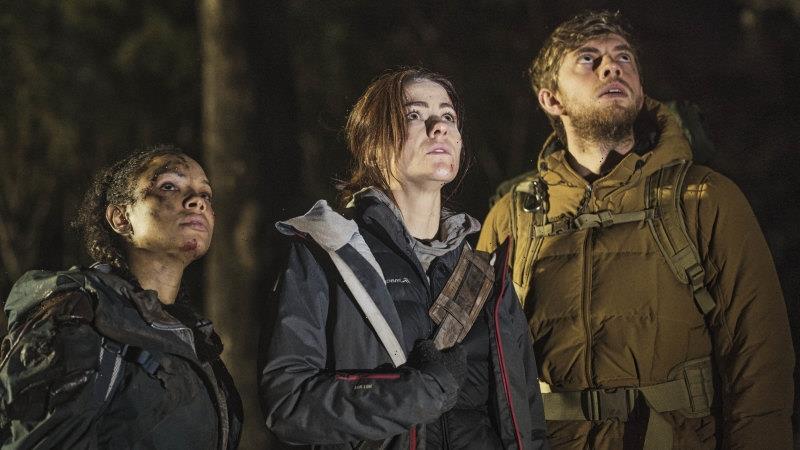 The Australian Museum’s description of Thylacoleo Carnifex, “the largest carnivorous mammal ever known”, gives a horror filmmaker plenty to work with. “It may have been an ambush predator or scavenger, and had enormous slicing cheek teeth, large stabbing incisor teeth … and a huge thumb claw that may have been used to disembowel its prey.”

Excellent. All debut director Sean Lahiff has to add is the bush, the music, the tension and the blood. This is an all-South Australian production – a shoestring horror of the old school, with a contemporary message about species preservation. Don’t let anyone say they don’t make movies like they used to. Carnifex is a textbook 1970s-era monster mash-up. We don’t need no stinking budget; we got imagination, we got someone in a fur suit, let’s put on a show! 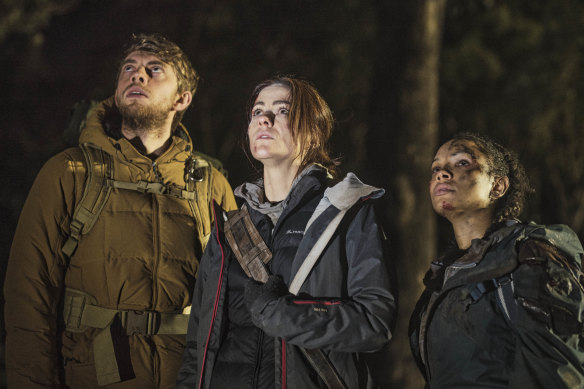 Harry Greenwood, Alexandra Park and Sisi Stringer are tracked by a terrifying creature in Carnifex.Credit:Maslow Entertainment

Three young people go into the bush on scientific assignment. Ben (Harry Greenwood) and Grace (Sisi Stringer) are biologists, quietly smouldering for each other as they survey a remote area’s wildlife with motion-triggered cameras.

Bailey (Alexandra Park) tags along to shoot a documentary on their work. She’s a big-city girl – quite discomfited by the threat of the bush. Darren Gilshenan plays an older, more cynical park ranger. We know from his swagger that he will be one of the first to go.

Shanti Gudgeon’s script follows the genre rules. First the trio of innocents must go beyond phone coverage, a modern prerequisite. Second, the fatal action must be delayed as long as possible, as a series of false alarm teasers jangle our nerves. The monster must not be seen at all, for as long as possible. When the final showdown erupts, it must be pedal-to-the-floor action for as long as possible, with death a frequent visitor. Carnifex complies admirably with all of these tropes. There’s even a stray cattle dog to root for.

Lahiff, the son of the late director Craig Lahiff, makes good use of sound and dark forest, shot at twilight. The terrifying loneliness of the bush does most of the work. The bush doesn’t care if these young things are hip to conservation. The bush just wants blood. The “thing” is no more than grunts and snuffles and glimpses of fur.

It would be churlish to ask how an animal that has been thought extinct for 46,000 years could still be out there. Ben, the mansplainer, gives the bones of a theory– the bushfires have driven many animals into areas they were never seen, much closer to humans. And their first reaction to finding something new is that it’s a fantastic discovery – its presence will help them to save this whole wilderness area. But who will save them?

Carnifex is in cinemas from December 1.

Reward your time with these TV shows

Best known for her leading roles in box office smashes like The Hunger Games, X- Men movies and Silver Linings Playbook, Jennifer Lawrence has returned to her austere Indie roots in Causeway, a movie about a soldier recovering from a brain injury.

It’s the Australian movie that has attracted tens of millions of global views on Netflix, critical acclaim and a little bit of controversy. Joel Egerton stars in The Stranger, an art-house film with Australian muscle.

It’s easy to forget that James Corden, famous for helming The Late Late Show and singing with celebs in his Carpool Karaoke segments, is a serious actor. In Mammals, a TV series about a chef discovering secrets about his pregnant wife, serious is just the beginning.