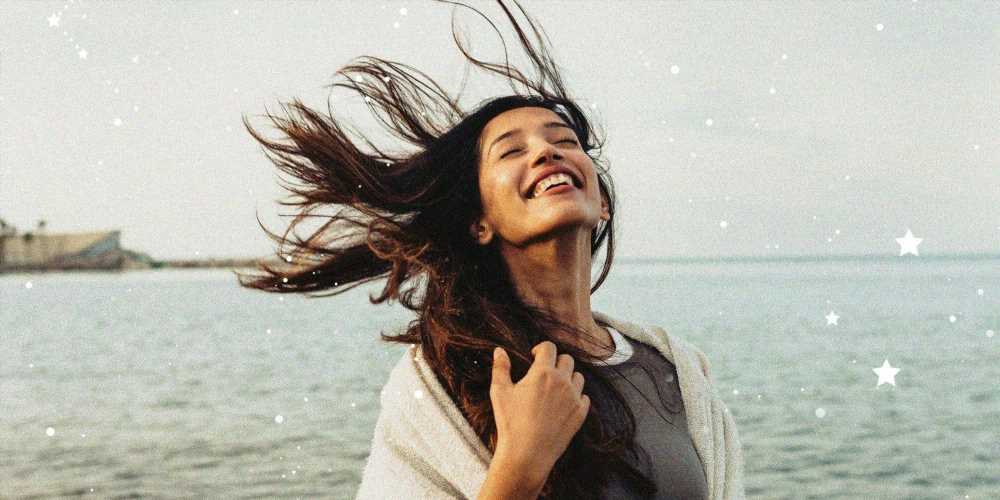 If you're trying to get into astrology, a good place to start is with the four elements: air, fire, water, and earth. While each of the 12 zodiac signs has their own M.O., signs that fall under the same element share similar perspectives and mirror one another in terms of what they value and how they move through the world. Knowing which element rules your sign can give you insight into your own personality and desires — and help you figure out which signs you'll be most compatible with.

So, let's start with air signs. From your extremely personable BFF who throws the best parties to that intellectually stimulating date who was only up for an open situationship, your world wouldn't be nearly as interesting without air signs. People who have air sign placements tend to be among the most curious, super-social, and humanitarian in the zodiac.

Here, a primer on what it means to be an air sign and what you need to know about each.

What You Need to Know About the Elements

The 12 zodiac signs are broken down into four elements: air, fire, water, and earth. There are three signs per element. In the air bunch, those three are:

Another layer to consider: Within each element, there's one of each quality, or quadruplicity: cardinal, fixed, and mutable. The quality that a sign falls under speaks to the sign's basic energy. Cardinal signs are the initiators of the zodiac (but can struggle with follow-through), fixed signs tend to be the most resolute (but also stubborn), and mutable signs are the most adaptable (but also wishy-washy).

While water signs are very much in their feelings, earth signs are the pragmatists of the zodiac, and fire signs are action-oriented, air signs are generally focused on interpersonal and intellectual pursuits.

At times idiosyncratic and changeable, air signs can't help but be connectors. Their social networks tend to be vast, and they're innately driven to gather and share information. Research-savvy and personable, they often find success through articulating and sharing their ideas — which are often futuristic, humanitarian, and progressive — in an engaging, mentally-charged way. But because all their cerebral activity and airiness can impinge on being grounded, they'll usually get the best results if they have a specific endgame to pour their mental energy into.

The first air sign of the zodiac (and third sign overall), Geminis are buzzy, information-gathering sprites-in-human-form who generally bring the most excitable air energy to the table. The Twins are perpetually curious, enthusiastic, clever, quick-witted, inquisitive, and friendly. And as the mutable air sign, they're also flexible and free-spirited — but might have a bit of trouble with commitment and making up their minds. They're known for their ability to initiate and engage in animated, lively conversation, jet off on impromptu trips near and far, and bring the fun-loving vibes — whether they're at a party or a meeting.

Given Mercury's influence, expressive Gemini can't help but adore data, research, and trending social media topics. They have a near insatiable appetite for discussing it all with anyone and everyone up for engaging. But, in general, topics and areas of life they're particularly interested in involve the Third House, which covers all the ways we connect with others, language, technology, early environment and childhood, sibling bonds, community, and short-distance travel. So it'd be no surprise to meet a Gemini who's a reporter, an English or preschool teacher, or who works in IT.

The second air sign of the zodiac (and seventh sign overall), Libras are harmony-seeking social butterflies whose hearts are drawn to art, music, dance, and connecting with others. They're the cardinal sign of the air bunch, so they tend to dream up and get the ball rolling on big, sweeping, wide-ranging visions. They're especially drawn to pursuits of justice and bringing more beauty and equity into any situation. In fact, they tend to be on a lifelong mission to make life more romantic, conflict-free, and fair.

Fueled by Venus, the planet of love and beauty, Libras are the designers, the party planners, the couples therapists, and lawmakers of the zodiac, eager to take any blank space or messy situation and make it more aesthetically appealing and — yep, you guessed it — balanced. They're also go-to mediators who have a knack for tackling and smoothing over tension in relationships. And while they're undoubtedly people people and hosts with the most, one-on-one relationships are truly Libra's forte, given that the Seventh House oversees your one-on-one relationships — mostly with a long-term partner or spouse, but also with friends, business partners, and loved ones with whom you often connect and cooperate.

The third air sign of the zodiac — and eleventh sign overall — Aquarians are free-spirited, eccentric, and deeply committed to working toward what's best for the greater good as opposed to the individual. They're science- and future-minded, independent, and personable — especially adept at appealing to and maintaining a diverse network of connections. Informed by their ruler, electrifying Uranus, they're masters of coming up with innovative, and at times quirky, ideas and stunning breakthroughs.

The fixed air sign, who often makes a wonderful scientist, community organizer, activist, or nonprofit founder, is committed to questioning and perhaps outright rejecting the status quo. Their appetite for community is also inspiring, as is their tendency to question, think, mull, explore, and experiment. Their desire to prioritize communal needs over self and to be super-comfortable and magnetic in a large group of friends or colleagues goes hand-in-hand with their rulership of the Eleventh House, which covers groups of all kinds — those you form with friends, colleagues, neighbors, other members of your political party. It also speaks to wishes, destiny, and hope, and the aspirations covered here are often those you'll achieve through collaboration.

Compatibility: They're most compatible with similarly social, mentally-charged Geminis, host with the most Libras, or free-spirited Sagittarians.