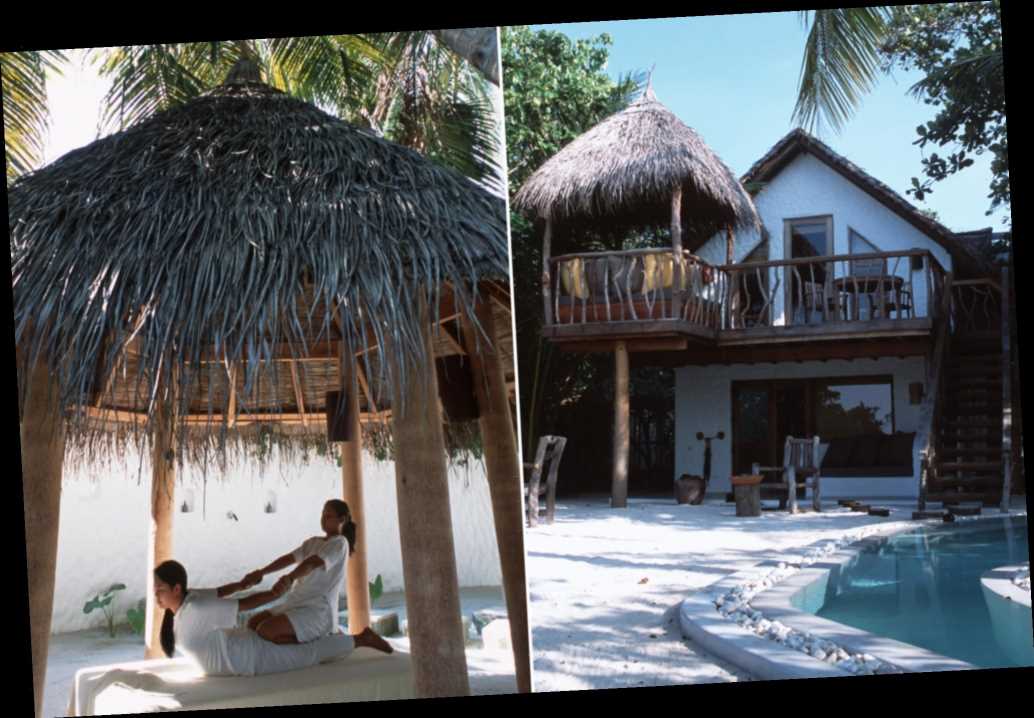 The stars of ‘Our Friend’ on their new film

How Hollywood is adapting to the pandemic

Chuck Schumer got a new Hickey Freeman suit for the inauguration

Cindy Adams: Biden inauguration will either be ‘historical or hysterical’

Lest anyone wake this morning and ask themselves, “Selves, what’s happening with Salma Hayek today?” — me, I, Madam Adams, have the answer.

Many high-class types have dug themselves in to Soneva Fushi and are staying there. Staying. Not even repacking their Louis Vuittons. I mean, face it — the Maldives is a little less crowded than, let’s say, Bushwick. And a call from their white sand beach beats a text from your bungalow outside Far Rockaway.

Leto: “My character’s off his rocker. An opportunity to walk down a path I hadn’t before. Look, I don’t have this pressure to work all the time. I spend so much time away from movies, I feel like I’m not really an actor anymore.

“This time it was coiffure stuff. I tried on 50 wigs. I looked like I was starring in ‘Annie.’ And after all that, I ended up using my own hair.”

Reese Witherspoon: “Kerry Washington and I made the miniseries ‘Little Fires Everywhere.’ With Asian and black women in the writers’ room, we felt like a team of women coming together. Our sex needs to be heard creatively. We’re half the population but not half the content that’s getting made.”

Joaquin Phoenix plays Napoleon in Ridley Scott’s coming “Kitbag.” Co-stars De Niro and Pacino … Me, I’m thanking Chris Cuomo for saying nice about me on TV. Also Ray Kelly for saying nice about me on another show. Pay attention, guys, Mother is listening … Nathan Lane’s in TV’s new series “Only Murders in the Building” with Steve Martin, Martin Short, Selena Gomez as strangers stumbling on a crime. Set today in New York. Lane’s also in TV’s new Julian Fellowes’ series “The Gilded Age” with Christine Baranski and Cynthia Nixon, about rich railroad tycoons. Set in the 1800s in New York. Lane will be on TV more than my repairman.

Former liberal Brandon Straka, also arrested, urged Dems to #WalkAway from the party in a campaign. He told Greg Kelly it was easier to come out as being gay than to admit his politics to lefty friends. And he’s been warned that he may face social-media bans. And this follows Trump’s ban. And pillow guy Mike Lindell has been banned from Twitter. Everything’s being stopped now except shooting innocent New Yorkers on the street.

Hairstylist Straka: “My generation is being gaslit by big tech, and my goal is to stop it.”

Wait. I’m filled with so much irony today I’m rusting.

We speak of Eighth Avenue’s newly jazzed up James A. Farley building, christened 1982 after our 53rd postmaster general. Open 24 hours, across from Penn Station … cost $1.6 billion … a testament to its grandeur … operated as NYC’s secure, reliable, main US Postal Service — and now it’s where you can wait for Amtrak or the LIRR. Forget trains. In those days, I only know the mail came on time.

It’s four hours to drive there.

West Side psychiatrist’s sign: “Everybody’s having troubles. The last 11 months were difficult for us all. So if you have troubles, tell us about them. If not, come in and tell us how you do it.”