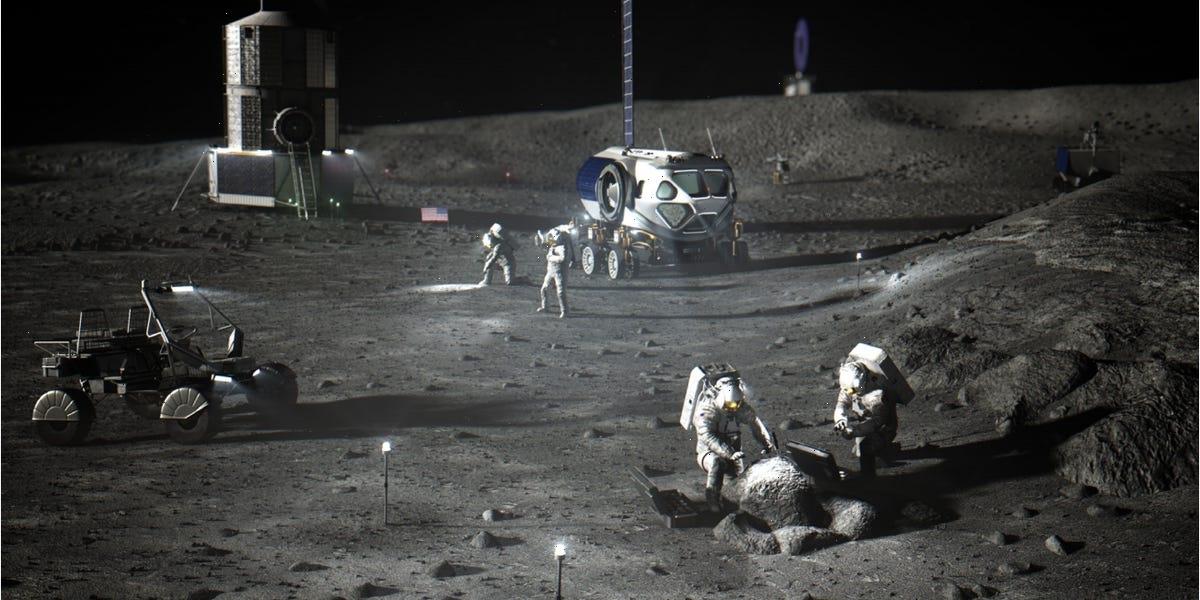 In the early days of space exploration, NASA’s deals with private vendors were well known — maybe even notorious — for the level of detailed instruction they included.

“That relationship was one where the master control belonged to the NASA people, the civil servants, the engineers, and the smattering of scientists, who would, in some cases, dictate to the contractor down to the thread size of a screw,” said Scott Hubbard, chair of the SpaceX Safety Advisory Panel and Stanford University professor, who spent 20 years at NASA.

He added: “So it really was not much of a partnership.”

But times have changed. As NASA prepares to return to the moon with SpaceX, industry insiders say the balance of both the cost and risk has shifted toward the private space-flight company.

The Artemis mission to return to the moon is the biggest signal yet that public space exploration has entered a new age, one where private companies are pushing boundaries and spending billions.

In the simplest terms, the Artemis contract is more hands-off than the contracts NASA used to sign. It essentially gives SpaceX a finish line, and it’s mostly up to the Elon Musk-helmed company to figure out the best way to get there, Hubbard said.

The announcement of the $2.89 billion contract drew attention from around the world, in part because NASA chose a single partner. SpaceX was chosen over defense contractor Dynetics and a team that included Blue Origin, the space company founded by Amazon’s Jeff Bezos. NASA had said it would choose two of three possible contractors but in the end chose only one.

“When you’re running a big program like that — and I have been in that situation in my 20 years with NASA — if you can afford it, you really always want to select two vendors, two companies, because it provides some built-in competition,” Hubbard said in a phone interview from California.

SpaceX has “strong track record” of delivering on NASA contracts, said Marco Rubin, a NASA engineer in the 1980s, who is now senior investment director at Virginia’s Center for Innovative Technology.

But, he added: “Awarding this partnership to one company makes me a bit nervous. There is no backup plan in place should SpaceX fail.”

NASA said the decision was mostly based on cost. After President Donald Trump pushed for the agency to return to the moon, NASA requested about $35 billion in support. The agency said in an additional congressional funding request that “strong commercial partnerships” would play a big role in the moon mission.

“To achieve our goals, we will not go forward alone,” the agency wrote. 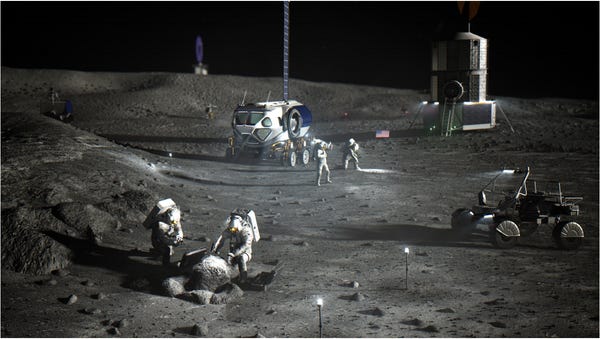 That sum makes the $2.9 billion contract awarded to SpaceX seem tiny but SpaceX is expected to put a significant amount of money toward the mission. The company didn’t respond to an interview request for this article.

But it’s difficult to compare the cost of the Apollo and Artemis programs, for a few reasons, say some industry observers and insiders.

First, there are all the technological breakthroughs that have happened since the Apollo missions, Hubbard said. Private companies like SpaceX and Blue Origin have internalized the lessons learned from early NASA designs, so they may not have to reinvent the wheel, so to speak.

Second, it’s difficult to compare contracts under the new partnership with the old contracts, when NASA owned everything that was made, said Scott Shackelford, who teaches business law and ethics at Indiana University.

“What’s different this time around is it extent to which NASA is leasing space, rather than purchasing these vehicles and platforms outright,” Shackelford told Insider via email.

He added: “This move has the potential to make the cost of the Artemis Program much more sustainable than Apollo, though NASA’s decision to preference SpaceX does mean that all of our eggs are indeed in a single basket.”