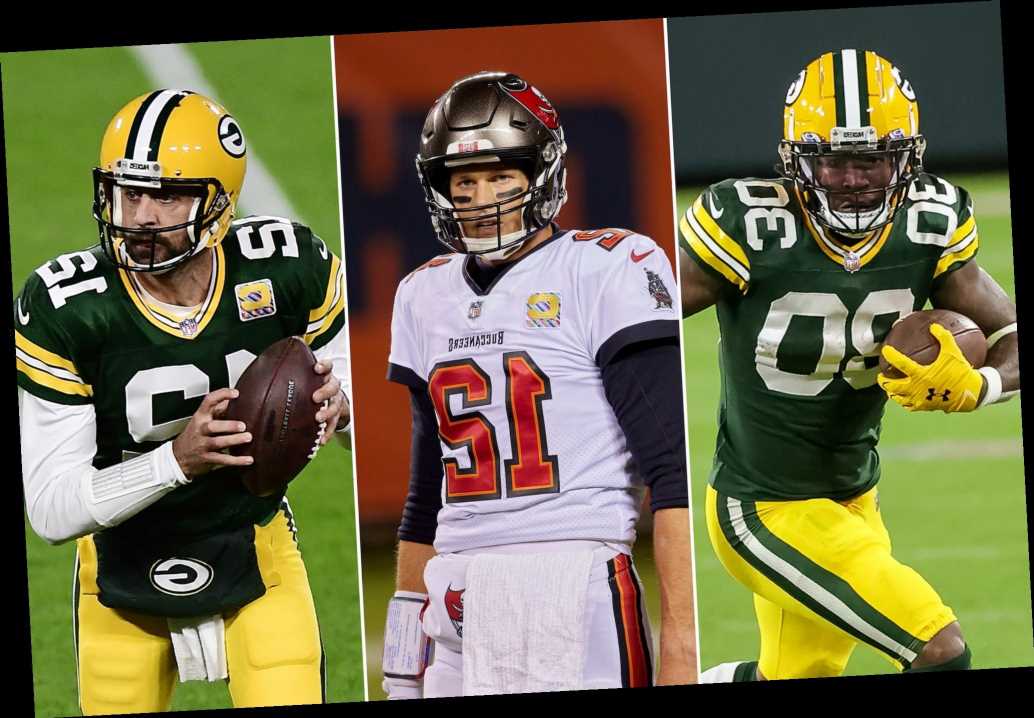 Green Bay running back Jamaal Williams isn’t being coy about taking jabs at quarterback Tom Brady ahead of their Week 6 showdown in Tampa Bay.

“Come on, man,” he said on “The Jamaal Williams Show” this week. “I’m pretty sure my quarterback knows what fourth down is, you know what I mean?

“That’s what I’m saying, like, Aaron Rodgers would never do that. Never. You know what I mean? He’s too smart for that.”

Williams is referring to an uncharacteristic Brady mistake at the conclusion of the Buccaneers-Bears game Thursday night in Week 5. The Buccaneers were inside the two-minute mark trailing 20-19 when the six-time Super Bowl champion appeared to lose track of the downs on the failed drive.

“We would never be in that type of situation because A-Rod is always prepared, always looking at the clock,” Williams added, continuing to take shots at the 43-year-old. “We’ve got too many people who are just too ready to go. We’ve been in those types of pressure situations before so I feel like it’s just natural for us to be on top of everything and go ball. I would never expect that from my boy [Rodgers.]”

The drive ended as a turnover on downs, sealing the one-point win for the Bears.

Brady will face off against the undefeated Packers and Rodgers, who is having a MVP-caliber season to date. The 36-year-old has been near-perfect, completing 70.5 percent of his passes for 1,214, 13 touchdowns and zero interceptions through four games.

Brady, meanwhile, has struggled to find his stride with the Buccaneers, who are 3-2 entering this matchup. He has completed 64.3 percent of his passes for 1,375 yards, 12 touchdowns and four interceptions through five games.

In spite of their long careers, this is just the third time these two powerhouse quarterbacks will meet come Sunday at 4:25 p.m. ET.  The future Hall of Famers have split their previous two matchups, which were when Brady was in New England, and the Packers currently are road-favorites by one point.