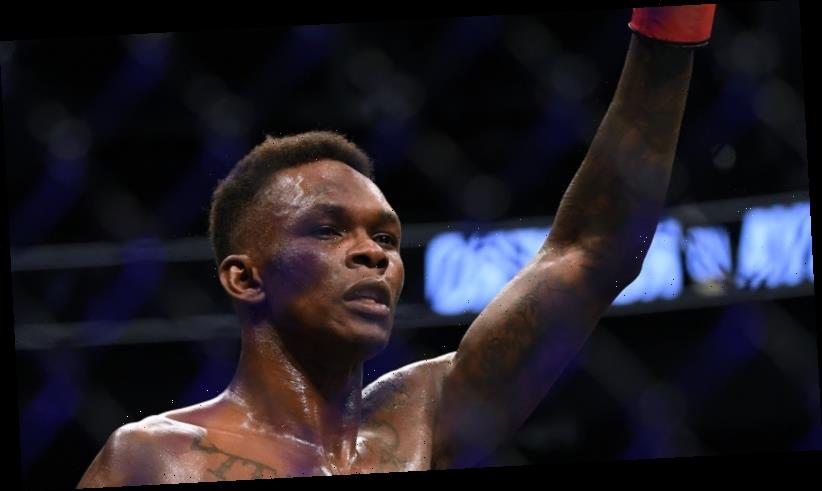 Israel Adesanya’s legend continues to quickly grow in the UFC after the New Zealander scored the biggest victory of his career against Yoel Romero in Las Vegas on Sunday (AEDT) to retain his middleweight belt.

It wasn’t the most spectacular fight, as evidenced by the relentless booing from the fans at its conclusion, but Adesanya did what he had to do to score a unanimous decision victory 48-47, 48-47, 49-46. 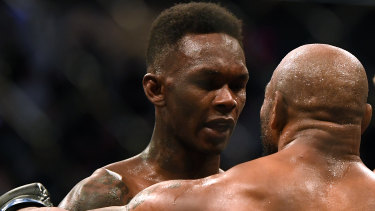 UFC president Dana White publicly stated that nobody ever called out 42-year-old Cuban beast Romero, whose phenomenal physique could fool you into thinking he was still in his 20s.

But Adesanya is determined to leave a legacy for the ages in MMA, and while both fighters were overly cautious throughout the underwhelming five rounds, he still went a long way to ensuring his plan remained on track in what was his first title defence after unifying the belts against Australia’s Robert Whittaker in Melbourne in October.

The contest was so tame that at one stage the referee told the fighters that they were both getting paid for a championship fight and needed to give the judges something to score.

The first round was particularly pedestrian, and while the Cuban's knockout power is so dangerous it made Adesanya very cautious from the outset, the champion eased himself into the fight and started finding his range, delivering a barrage of kicks to Romero’s right leg which left his rival's limb red and covered in welts. 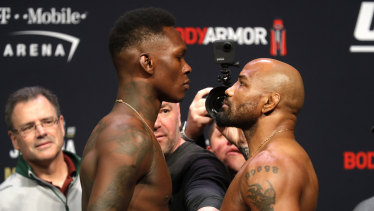 Israel Adesanya faces Yoel Romero during the weigh-in for UFC 248 in Las Vegas.Credit:AP

The result ensured Adesanya (19-0) remains undefeated in his eight-year MMA career, with eight of those victories taking place in the UFC in little more than two years in what has been one of the most spectacular starts to a tenure in the promotion.

Adesanya’s next title defence will almost certainly be against Brazilian No.2 contender Paul Costa who was goading the Kiwi cageside.

The reason why Adesanya and Romero found themselves being booed was likely a result of the quality contest that preceded their bout, as China’s Zhang Weili and Poland's Joanna Jedrzejczyk produced one of the greatest MMA fights of all time in the women’s strawweight division. 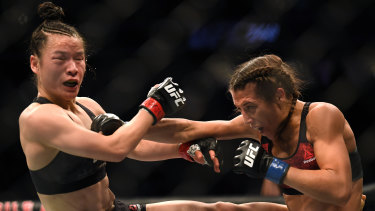 Zhang won by split decision 47-48, 48-47, 48-47 in what was her first title defence, to extend her winning streak to an amazing 21 fights, but former champion Jedrzejczyk who finished with a badly swollen forehead was far from disgraced.

The five-round fight saw both women involved in countless exchanges of punches, kicks and knees in an incredibly even-matched encounter, leaving the crowd in awe of what they were witnessing, especially considering they both contestants remained on their feet for the most part.

It would have been a very hard fight to judge, and it wouldn’t be surprising if a rematch was on the cards at some point in the future.