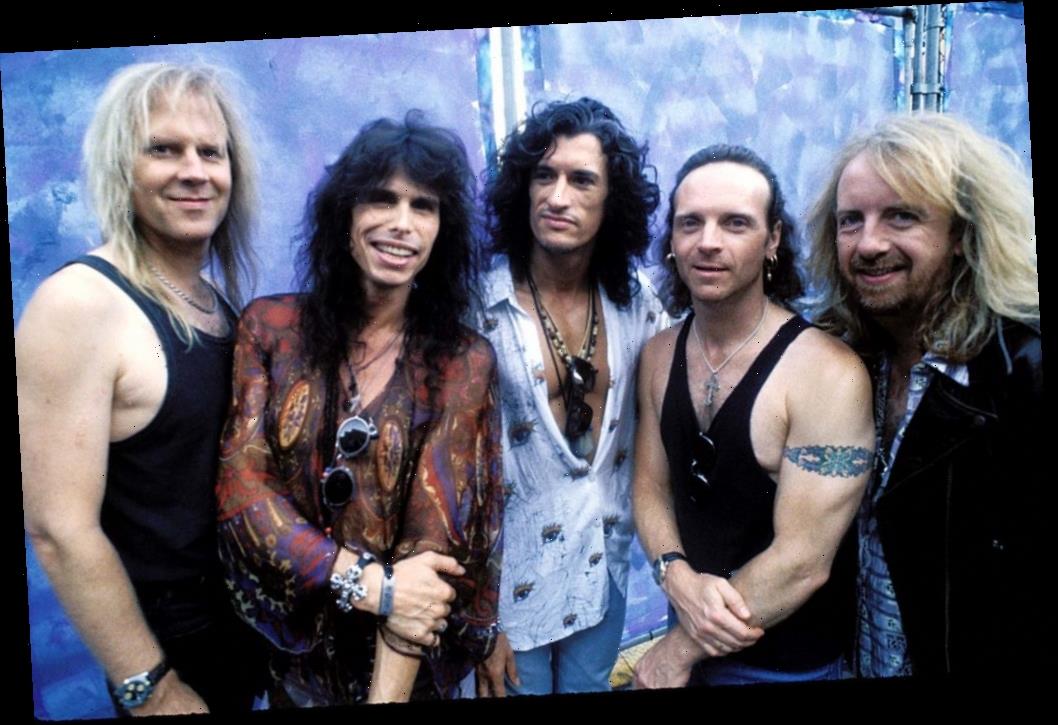 Aerosmith are a classic rock band, however, they helped create one of the most famous rap songs of the 1980s. Together with Run-DMC, they created a famous rap-rock version of “Walk This Way.” However, Aerosmith’s Steven Tyler was initially “pissed” at Run-DMC. Here’s why.

How Aerosmith created ‘Walk This Way’ with Run-DMC

Firstly, a little background. Aerosmith initially released “Walk This Way” as a track on their album Toys in the Attic. Since the song combined funk and rock, it proved how adept the band was as at fusing genres. This version of the song was released before rap music broke through commercially. A new generation of fans was introduced to the track when Aerosmith re-recorded it with Run-DMC.

During an interview with NME, Tyler discussed the origins of the later version of “Walk This Way.” “The song started at a soundcheck at HRC in Honolulu,” he recalled. “It was a real rhythmical thing. Our drummer Joey Kramer played with a funk band, and was always pushing James Brown. He brought funk to the table. And Joe picked up on it and brought that ‘Walk This Way’ lick. The groove kind of lent itself to rap. It kind of pissed me off at first that they weren’t following the lyrics, but they were following the rhythm. But I would scat, and then write the lyrics in after. I wrote them on the hallway wall. They were so rhythmical that I didn’t have a melody line to follow so it was more [sings] “backstreet lover, going under cover.”

Although Tyler was working with a famous rap group, he was not very familiar with the genre. “I didn’t really know too much about hip-hop at the time. I remember the time: you would get cassettes from DJs, great people, mostly downtown.” He said while he only pretended to know a lot about hip-hop when he recorded “Walk This Way” with Run-DMC, he’s now a huge fan of the genre.

In addition, he says he’s honored to see that new generations have decided to fuse rap and rock together. The rap-rock version of “Walk This Way” helped pave the way for later rap-rock music, like Linkin Park’s discography or Machine Gun Kelly’s album Tickets to My Downfall. In a similar vein, Tyler is glad Aerosmith incorporated rap into their work, saying the band’s eclecticism helped keep them relevant.