My first “romance” was when I was about 14 years old. My older sister was a bit of a party person at the time and one weekend, when our parents were away, she invited a group of friends over. This was also my first experience drinking alcohol (but that’s another story). I hung out on the edge of the party, not wanting to miss out but not knowing how to engage. 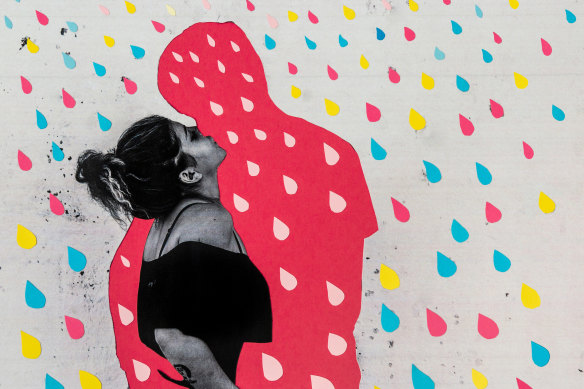 One of the boys – I will call him Dave – came over and started talking to me. I was really flattered that he was focusing on me, even though I was two years younger than everyone else. Before long we were kissing – my first kiss! My memories of the rest of the night are pretty vague, although I do remember being violently ill.

My autistic logic was that boy meets girl, boy kisses girl, and boy and girl live happily ever after. In my mind, Dave was now my boyfriend.

We went to the same high school, so this was exactly how I understood relationships were meant to work. Each lunchtime, I would head over to the place he hung out with his friends and spend the lunch break thinking how cool I was to have a boyfriend.

One of the other things about autistic people is that we like scripts. So each day when I arrived I would march up to him with the greeting: “Aren’t you glad to see me?” I am cringing as I write this because in retrospect I realise how weird I must have seemed to him and his friends, but at the time I was still following the boy-meets-girl logic. This went on for several weeks.

Looking back, he must have been an unusually kind 16-year-old boy to put up with it for as long as he did (either that, or he and his friends found it amusing until the novelty wore off).

Anyway, finally the day came when I arrived with my customary “Aren’t you glad to see me?” and Dave clearly explained to me that actually, no, he wasn’t glad at all and he would be much happier to never see me again.

I was shattered. My first boyfriend, and here I was being unceremoniously dumped after only a few weeks.

If social relationships are tricky for autistic people, then romantic relationships are like walking through a minefield in size 13 boots with your eyes closed. I share the relationship experiences I have had not because I want to embarrass myself, but because if you are loving or supporting an autistic person it is important to understand the predicaments our lack of awareness of social cues can lead us into.

I was shy, geeky and socially awkward as a teenager. I didn’t have close female friends whom I could go to for relationship advice, so I learnt the “rules” of dating from reading Jane Austen novels and watching family-friendly television shows. As I progressed through my teens and adult years, I had my heart broken several times and apparently I broke a couple of hearts myself.

My lack of insight into the motives and thoughts of others, combined with my inability to read subtle cues and body language, has resulted in some serious misunderstandings and conflict. I am not suggesting this is unique to autistic people: unrequited love is a common enough theme in movies and songs that I realise it happens to everyone. The difference is that my inability to read non-verbal communication or to have insight into the thoughts of other people means that I often do not see what I later discover was obvious to others. 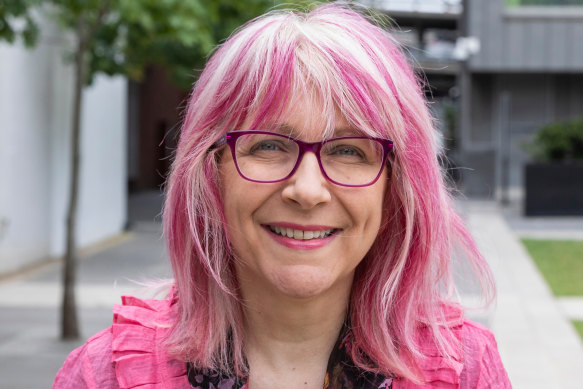 Author Sandra Thom-Jones says that she used to change herself for each relationship she was in.

Have you seen the 1999 movie Runaway Bride? If you haven’t, I highly recommend it as a great representation of how many autistic people adapt to be the person others want them to be. Don’t focus too much on the plot – just focus on Maggie’s character and the way she metamorphoses in each relationship. She changes her clothes, her interests, and even the way she likes her eggs cooked, morphing into the perfect girlfriend for each different partner.

That movie really struck a chord with me. When I look back on my relationship history, I underwent a similar process in each relationship as I tried to be the person my partner wanted me to be.

Girlfriend, like daughter and friend, was a role to be learnt, with clear expectations of what I was meant to look like and how I was meant to act. So, in each relationship I became the person my partner wanted me to be.

I didn’t realise it at the time, but looking back I can see that in each relationship I changed the way I dressed, the way I spoke, the interests and hobbies I had, and even my life goals. Some of those relationships lasted for months and others for years, but in the end they all fell apart. As we all know, masking is exhausting and eventually the mask slips. When that happens, either our partner realises that we aren’t the person they want us to be or we decide we don’t have the energy to keep being that person.

Eventually, after a number of failed relationships, I decided it was all too complicated and I was much better off staying single. Then I met the man who became my husband.

At the end of each relationship, I found myself even more confused about my identity. For me and for many autistic women, relationships are the ultimate masking experience. We know that we need to hide the parts of us that annoy or frustrate our partner, and that we need to be better at being who they want us to be. It’s one of the things that makes many of us vulnerable to domestic violence and other forms of relationship abuse. When a partner tells us that we aren’t good enough, we believe them – because most of our lives we have told ourselves the same thing.

At the end of the movie, Maggie moves to New York to live by herself and discovers her own interests and style (including how she likes her eggs).

I did not have the same lightning moment, perhaps because, unlike Maggie but like so many other autistic people, I wasn’t only masking who I was in romantic relationships, I was also hiding my real self at work, with friends, with family, and even from myself.

Eventually, after a number of failed relationships, I decided it was all too complicated and I was much better off staying single. Then I met the man who became my husband. Our relationship began in much the same way as others I’d had. I figured out who I was meant to be and played that role for quite a while. As in all of the other situations in which my mask is on, this was physically and emotionally draining.

After a while – just like in my previous relationships – my mask started to slip. I became less eager to please and more confrontational; I declined invitations to events I didn’t want to go to; I stopped listening to music and watching movies that he chose unless I actually liked them. We had a few rocky patches but came through them still enjoying each other’s company.

Over time, as I have come to be aware of and accept my autistic self, I have continued to morph into the real me. I think I am a very different person from when we met, but my husband seems to think that what has changed is surface stuff that doesn’t matter too much. I don’t know whether this is because he has a wide tolerance for change or because I let him see much more of myself from the beginning than I realised.

If you are an autistic person, you have probably had (or probably will have) your share of failed relationships. My advice is not to buy into the myth that you need to be better or different to find and keep a meaningful relationship. What you need to do is to be yourself and to be comfortable with yourself. If you find someone who realises how awesome you are, that is terrific. If you don’t, it is better to be the single but genuine you than the partnered replica of someone else.

This is an edited extract of Growing in to Autism (MUP) by Sandra Thom-Jones, out August 30.