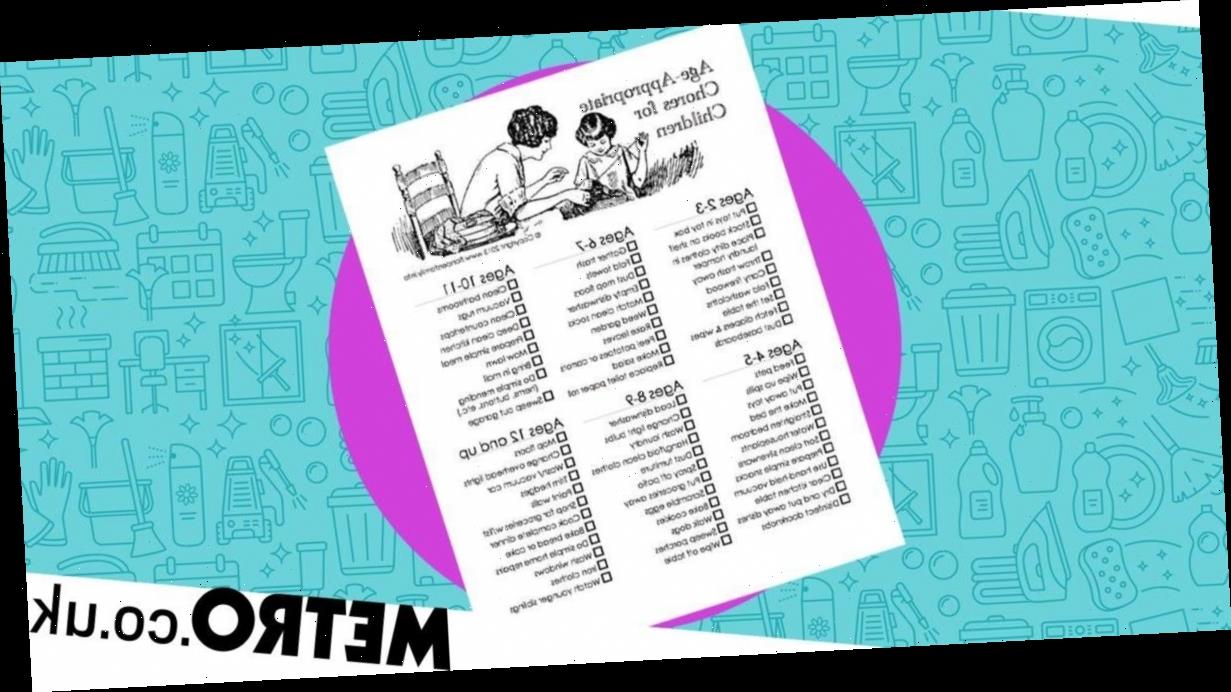 How do you assign chores for your children?

A rota on the fridge, perhaps? A to-do list that gets doled out to everyone in the household?

One list suggest divvying up the duties by age.

The document, which has been circulated on Facebook, prescribes ‘age-appropriate’ responsibilities, suggesting those between two and three should carry firewood, set the table, and dust baseboards.

Meanwhile those on the older end of the scale, aged 12 and up, are expected to mop floors, cook dinner, bake, and do home repairs.

The list has been criticised by parents on Facebook, saying adults would struggle to do a few of the chores, and wouldn’t except children to be able to carry them out.

Others joked that their partners would be unable to complete many of the tasks.

Some said children should be allowed to be kids, without being expected to repair and tidy the house to this extent.

A few, however, agreed with the document, saying these duties will teach the children responsibility.

Some of the chores proposed for those aged between four and five include preparing simple snacks, disinfecting doorknobs, and using hand-held vacuums.

It says those between six and seven can empty the dishwasher, weed the garden, rake leaves, peel potatoes, carrots and make salad.

And 10 and 11-year-olds are advised to clean bathrooms, deep clean kitchen, mow the lawn, do ‘simple mending’ such as hems and buttons, and sweep out the garage.

The ideas have attracted criticism from parents, with some asking: ‘If the kids are doing all that then what are the parents doing?’

Another added: ‘My husband doesn’t do 99% of this list, why should my kids?’

One mum wrote: ‘Unpopular opinion but my kids are just kids. I was brought up in a household where I did these chores daily and HATED it. Not saying it’s necessarily wrong but I absolutely cannot make my babies do something I resented as a child.’

Those who agreed with the list, wrote: ‘We did these jobs in my house when I was growing up, I think it is fine and teaches kids how to live in the real world.’

A second added: ‘My boys can cook, clean, know how to help dye roots, change a light bulb, plumb a washing machine, and it started from the day they could walk.’

What are your thoughts?

Do you have a story you want to share?

Email metrolifestyleteam@metro.co.uk to tell us more.