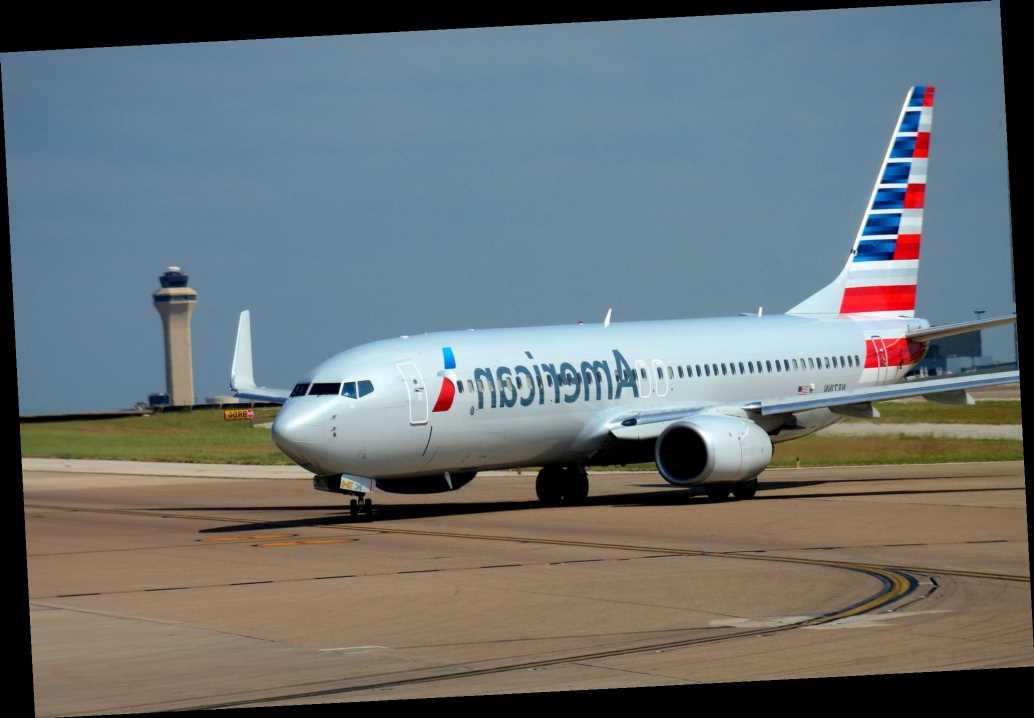 Airlines with flights traveling to and from the Washington, D.C. area are making changes to ensure their passengers and staff are safe in the wake of riots incited by President Donald Trump at the U.S. Capitol on Wednesday.

These efforts come as some Trump supporters heading to D.C. over the past several days have created unsafe conditions aboard flights, with videos on social media showing individuals harassing passengers (including Senator Mitt Romney) and crew members, refusing to wear masks, failing to remain seated when required and disobeying instructions by flight attendants. In one incident, a passenger was projecting "Trump 2020" on the ceiling of the plane cabin.

In a statement on Wednesday, Sara Nelson, the International President of the Association of Flight Attendants (which represents nearly 50,000 flight attendants at 17 airlines), called for airlines and law enforcement to increase security measures for air travel, noting that "the mob mentality behavior that took place on several flights to the D.C. area [Tuesday] was unacceptable and threatened the safety and security of every single person on board." "Some of the people who traveled in our planes yesterday participated in the insurrection at the Capitol today. Their violent and seditious actions at the Capitol today create further concern about their departure from the DC area," she continued, adding that she believes rioters should not be allowed back on board. "Acts against our democracy, our government, and the freedom we claim as Americans must disqualify these individuals from the freedom of flight." Airlines, meanwhile, are taking actions of their own to attempt to keep their passengers and employees safe.

American Airlines has stopped serving alcohol onboard flights going to and from the D.C. area through Thursday night, and has increased staffing in area airports "as a precautionary measure," the company tells PEOPLE, adding that they "are working closely with local law enforcement and airport authority partners to ensure the safety of our customers and team members on the ground and in the air."

United has increased the number of staff present at D.C.-area airports as well, and tells PEOPLE that they "are in close contact with appropriate law enforcement agencies, including TSA and MWAA Police, to continuously monitor the situation in real time," and "will continue to enforce our strict mask policy." The airline also moved its crew members staying overnight in the city out of downtown hotels for their safety.

While Delta would not share specifics of new security measures, a representative for the company tells PEOPLE that it "continually works with law enforcement agencies and all aviation stakeholders to enact methods — both seen and unseen — as part of our unwavering efforts to keep everyone safe at our airports and on our flights."

The Metropolitan Washington Airports Authority, which oversees operations and law enforcement at the city's two major hubs (Ronald Reagan Washington National Airport and Dulles International Airport), tells PEOPLE: "We do expect an uptick in passengers today but well below pre-pandemic levels. Passengers can expect to see an increased law enforcement presence as they travel through the airports."

A spokesperson for TSA shares that they are "always on high alert" and "prepare for all contingencies," though they could not share any changes to their security practices in response to Wednesday's riots. "For security reasons we do not discuss the details other than to confirm that there are always multiple layers of security in place and that travelers may notice additional law enforcement and canine presence, especially when events justify an increased security posture," they explain.

On Wednesday afternoon, thousands of Trump supporters had gathered to show their support for the president amid his unfounded and increasingly incendiary claims of election fraud following his November loss to President-elect Joe Biden. A mob of rioters forced entry into the Senate chamber and numerous Congressional offices in a chaotic scene during which one woman was fatally shot and three others died in medical emergencies. The Trump supporters breached the Capitol building while lawmakers gathered to count the Electoral College votes certifying President-elect Biden's win, forcing members of Congress to evacuate and leading to a pause of the joint session. Congress later reconvened late Wednesday night to ratify the results.

Police have confirmed that at least four people have died and at least 14 police officers were injured as a result of the violence.

Metropolitan Police Department Chief Robert J. Contee III also said at a press conference Wednesday night that officials had recovered two pipe bombs — one from the Republican National Committee headquarters and one from the Democratic National Committee headquarters — as well as "a cooler from a vehicle with a long gun in it that also included molotov cocktails" on Capitol grounds.

The person confirmed to have been shot and killed during the riot was identified as Ashli Babbitt. Babbitt was a resident of the San Diego area and a veteran, as well as an outspoken supporter of Trump, according to her social media. President-elect Biden called for an end to the violence on Wednesday, imploring the President to call his supporters off. Throughout the day, lawmakers on both sides of the aisle condemned the rioters' violence, with former presidents Jimmy Carter, George W. Bush, Bill Clinton and Barack Obama all speaking out as well.

Although he has continued to make baseless claims of voter fraud, as of Thursday morning, Trump officially agreed to an "orderly" transition of power on Jan. 20, making way for Biden to be sworn in as the 46th president of the United States.