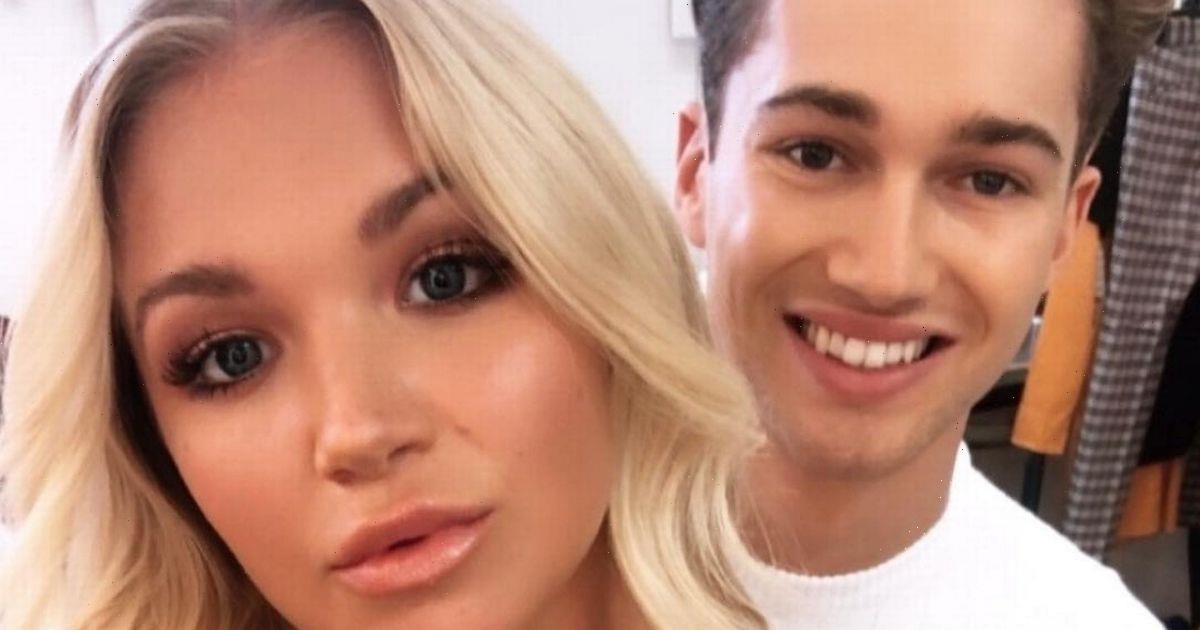 Abbie Quinnen has revealed that the horror incident which left her with life-changing scars has put strain on her relationship with AJ Pritchard.

The professional dancer, 23, was engulfed in flames as her 26-year-old boyfriend AJ and his younger brother Curtis attempted to use a flaming rope to cut open a glass bottle for a social media video back in January.

The ‘life-hack’ was intended to show how the bottle could be transformed into a vase for their 1million social media followers.

The set-up involved dousing a rope in a flammable chemical, then wrapping it around the bottle and setting it on fire – but the move left a terrified Abbie immersed in the flames.

The fire set her hair and clothes alight, leaving Abbie with third-degree burns and meaning she had to be rushed to hospital.

She will now need to wear a compression vest and avoid sunlight for the next two years to aid in the skin repair process.

Abbie admitted to The Sun on Sunday’s Fabulous magazine that she ended up pushing AJ away as she struggled to cope with the impact of her horrific injuries.

She confessed she was afraid she was going to die when she became engulfed in flames.

"I did everything to push him away from me," she shared. "I felt so traumatised, I hit out at the person who loved me the most." She said AJ was always there for her when she left the hospital, remaining upbeat the whole time and reminding her how beautiful she was – but that wasn’t what she wanted.

"I wanted him to be as devastated as I was," she confessed.

Abbie admitted she wanted to be alone following the accident, and wouldn’t even let AJ into her hospital room when doctors permitted her one visitor.

Suffering from trauma and flashbacks to the terrifying ordeal, she even decided she would move back into her mum’s house – but AJ later talked her round.

"I remember that a few days after I’d been home, I started arguing with him. I kept asking him why wasn’t he more upset by what had happened.

"He went downstairs [and] he was standing in a room, making these awful animal crying noises, absolutely broken."

AJ later confessed to Abbie that it should have been him in her place, and that the guilt was eating away at him.

Abbie said she doesn’t blame AJ or Curtis for the accident, and praised their quick reactions when rushing her to A&E.

But there seems to be a light at the end of the tunnel for the couple, with Abbie admitting she’s "seen how true his love is" and definitely sees a happily ever after in their future.

The couple first started dating in 2018, when Abbie appeared as a dancer on AJ’s tour.

During the star’s I’m a Celeb stint, Abbie revealed that AJ kissed his hat when he was thinking of her.