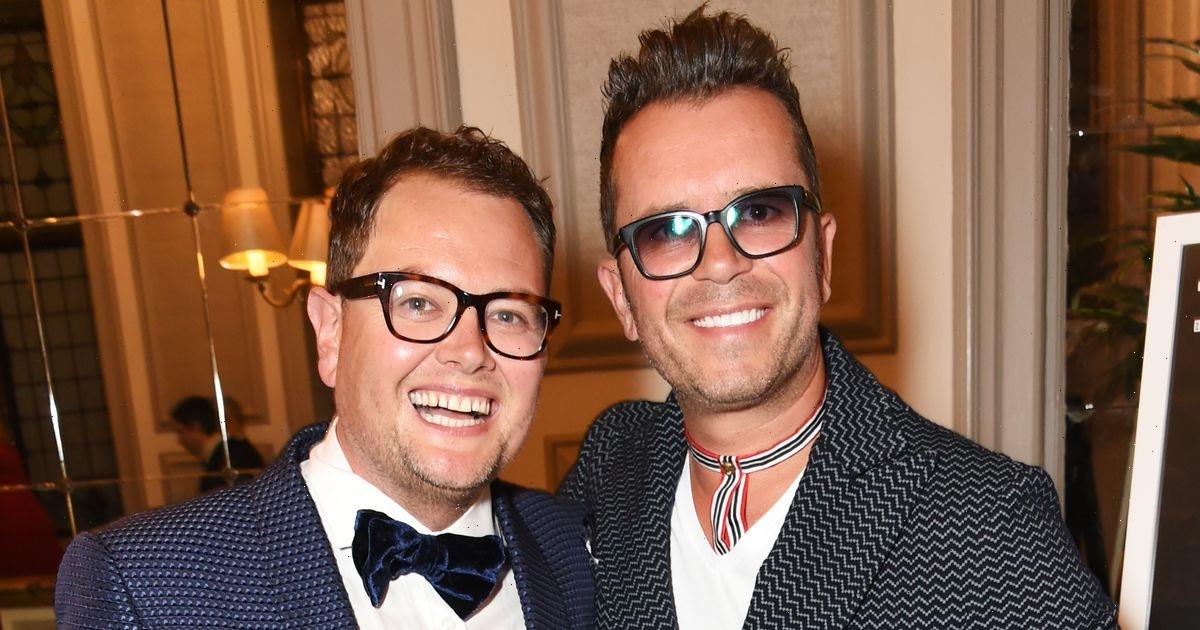 Popular comedian Alan Carr has spoken out in support of his husband Paul Drayton.

Paul, 46, caused concern this week after posting an image of himself online with a black eye, telling a follower: "We had a bad row."

His famous friends were quick to check in on him, with Carol Vorderman commenting: "We love you Paul," and Tamzin Outhwaite asking: "When was this? Are you OK?"

Paul deleted the photo within an hour and wrote: "Thank you to that follower who sent that picture to the newspaper.

"I'm feeling very fragile at the minute and would like to say that Alan would not and has never hit me. And I'm devastated that he has to deal with this today."

Alan, 45, spoke to The Sun and said: "While I was away filming on location the past few weeks, Paul fell off the wagon and started drinking again.

“When I arrived back home from Wales, Paul was covered in scratches and bruises from a drinking binge.

“We are now working together to get the help he needs to get better which is our number one priority right now."

Alan and Paul have been together for 18 years and became engaged in 2016 while on holiday in Indonesia.

The couple wed in an intimate ceremony in Los Angeles in front of just four guests in January 2018, before honeymooning in Mexico.

Alan's close friend Adele officiated the wedding ceremony, and he later revealed during an appearance on This Morning in April 2018 that she also paid for the entire wedding.

Paul began drinking more heavily in 2015 after he had injured his back, and went into rehab in 2018. Alan has been open about his husband's battle with alcoholism.

In his book ALANATOMY he wrote: "I want to be there for him because he's the best thing that's happened to me and I've got to support him and everything.'"

The pair spent the pandemic isolating together on their farm outside London.

If you or somebody you know has been affected by this story, contact Alcoholics Anonymous for free support on 0800 9177 650 or email help@aamail.org