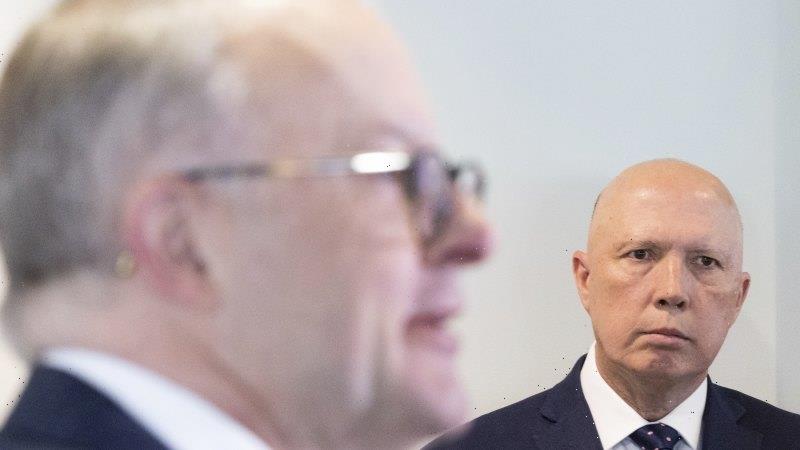 The long road to a national integrity commission is about to divide into two paths to decide whether hearings will be held in secret or in public when the new agency investigates corruption.

That means Prime Minister Anthony Albanese will have to decide whether to walk with independent MPs toward greater disclosure or side with Opposition Leader Peter Dutton on a more cautious approach. 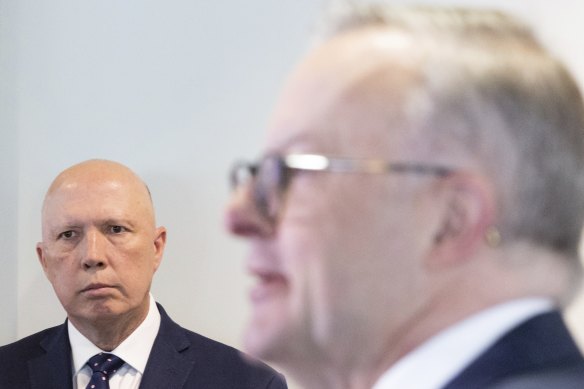 Anthony Albanese (right) could get the bill through the Senate with support from Peter Dutton after the opposition leader signalled this week he could agree to the NACC.Credit:Alex Ellinghausen

One path has more sunlight. The fork in the road is the decision on when the national anti-corruption commission, to be known as NACC, should hold public hearings – the necessary step in some inquiries to ensure Australians can have confidence in the watchdog and its work.

There is a chance all sides will join in the end to vote for the commission despite their various misgivings, but a compromise on public hearings looks challenging.

Attorney-General Mark Dreyfus says the commission’s leaders will make the ultimate decisions on whether to hold public hearings, but this is not the full story. The letter of the law will influence their decisions. And the first draft of that law says public hearings should be held only in “exceptional circumstances” and where they are in the public interest.

While crossbench MPs are concerned about this restriction, Coalition MPs are reassured.

Recent history shows that parliament should favour public hearings. While former NSW premier Gladys Berejiklian gained some sympathy when the Independent Commission Against Corruption examined her conduct, there was a public interest in open hearings about the use of taxpayer funds. When Victorian Premier Daniel Andrews appeared before the Independent Broad-based Anti-corruption Commission, voters did not even know because the hearings were held in private – only for the news to emerge later with claims that he was given special treatment.

The problem? The Victorian law tells the commission that it should hold public hearings only in exceptional circumstances. Given this benchmark, the IBAC decided against.

Albanese could get the bill through the Senate with support from Dutton after the opposition leader signalled this week he could agree to the NACC. It might help the new commission to have solid bipartisan support from the start.

Yet the Coalition is in no position to be the ultimate arbiter on this reform when it promised an integrity commission four years ago, dragged out the debate and never put the bill to parliament. The Coalition not only wanted to stop any public hearings at all but sought to prevent the commission from launching an investigation unless a select group of federal agencies told it to do so. It would have neutered the NACC.

Albanese could, instead, get the bill through the Senate with support from the Greens, independent David Pocock and, most likely, Tasmanian crossbenchers Jacqui Lambie and Tammy Tyrrell.

This could have the policy merit of setting up a stronger commission with a law that favours openness by replacing the “exceptional circumstances” language with a provision that allows the NACC to hold public hearings when it believes it is in the public interest.

There could also be a political advantage for Albanese in isolating Dutton and making him look weak on corruption when or if the Coalition baulks at the changed language on hearings.

The other path involves a political risk for Albanese if Greens leader Adam Bandt frames the outcome as a dirty deal between the two major parties.

Hidden behind all this, however, is the reluctance among some cabinet ministers to set up an integrity commission with too much power. What if the watchdog turns on a Labor minister one day? This is a real concern inside the government.

In some ways, this is a good argument to have. Parliament is finally voting on a strong integrity commission. Advocates for this reform are satisfied with almost everything Dreyfus has proposed.

But it is not over yet. The first draft will go to a joint parliamentary inquiry over the next six weeks or so, setting up the arena to make the case for more open hearings. Now, at least, the question will no longer be whether there should be sunlight – it will be about how much.