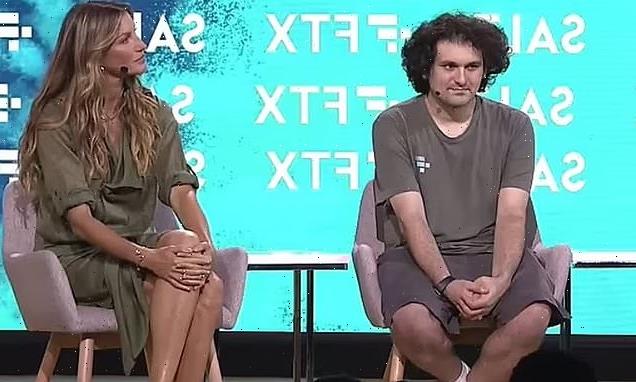 ALEXANDRA SHULMAN’S NOTEBOOK: Who would trust a man in shorts?

The crypto currency FTX collapsed last week, losing $32billion of value overnight. Sam Bankman-Fried, the youthful founder once hailed as a crypto legend and now facing possible extradition to the US from his Bahamas base, is always seen in a pair of shorts. So are we surprised by FTX’s downfall? Not at all. Why? It’s simple. Never trust a man who wears shorts outside of his holidays.

Bad taste or ostentation is one thing, but many items that men own or wear have the distinct whiff of poor judgment about them.

Take snaffle loafers. Loafers per se are fine, such as the soft blue Tod’s Rishi Sunak wore last week in Bali. But loafers with glinting snaffles across the top of them are a clear indication of something not being quite right.

Too brash, for a start. I once underwent a number of hypnotism sessions with a man wearing them, who – after I had dropped a cool £1,000 to pay for treatments with him – concluded that I had a stubborn energy that precluded his technique from working. The loafers! I should have been warned off by those loafers. 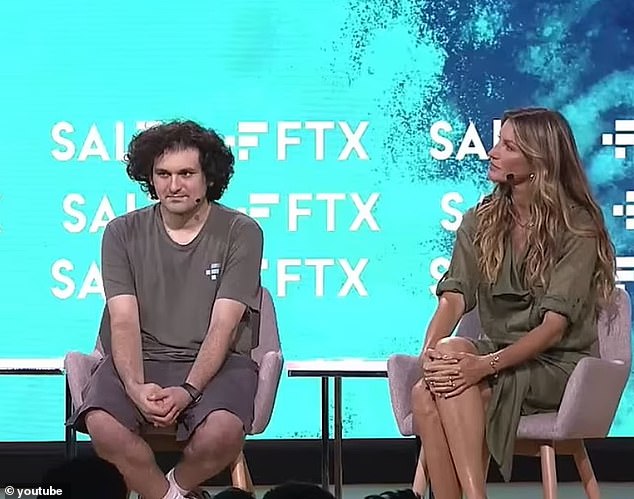 Sam Bankman-Fried (pictured at the Crypto Bahamas conference), the youthful founder once hailed as a crypto legend and now facing possible extradition to the US from his Bahamas base, is always seen in a pair of shorts

A man whose hair is trimmed at the back to a knife edge is also suspicious, unless he’s in the military. It’s unnecessarily precise, and the fact that he pays such attention to his own appearance will, more than likely, indicate a narcissistic self-obsession.

And could we please take a moment to consider pinkie rings? They are surely a classic bounder indicator, even if you are an old Etonian. Perhaps particularly if you are an OE.

It’s not only in matters of style where cad warnings can be detected. A man who produces two phones is waving a red flag. It might be necessary for him to own more than one but it’s never necessary to lay out two on the table. That’s simply grandstanding.

Oh, and who could ever trust a man who fusses about what brand of mineral water he must drink? A sign, if ever there was one, that they won’t ever be able to concentrate on what is really important. It’s like a man who has an opinion on linen thread counts.

Any man who puts his foot down on the accelerator of a hugely expensive sports car when driving in town can never be trustworthy. And although they might appear to be caring for the planet, I also have grave suspicions about any man driving a whacking great Tesla.

The list is long and somewhat subjective, and I’m sure you will have other suggestions, or disagree with mine. But, trust me on those shorts. They never ever come good.

Going to Paris for a long weekend is a great treat. Except if you are hoping to do anything there on a Monday.

Now the same is becoming true of London. Galleries, museums, shops and, most dispiritingly, restaurants are all increasingly closed that day. The rot set in post-Covid when so many of these businesses didn’t seem able to get back to staffing a seven-day week.

Whatever the reason, the practice is turning the first day of the week, one which should be an energetic lift-off kind of day, into the Sunday of old, when the only entertainment options were church and the park.

Revenge must taste super-sweet for Tom

How delicious is revenge eaten icy cold. Tom Ford must be feasting big time as his eponymous company has just been bought by Estee Lauder for a very tasty $2.8billion.

The price tag alone would be immensely satisfactory but one of the reasons for that massive sum was for Lauder to keep the company out of the hands of French fashion conglomerate Kering. 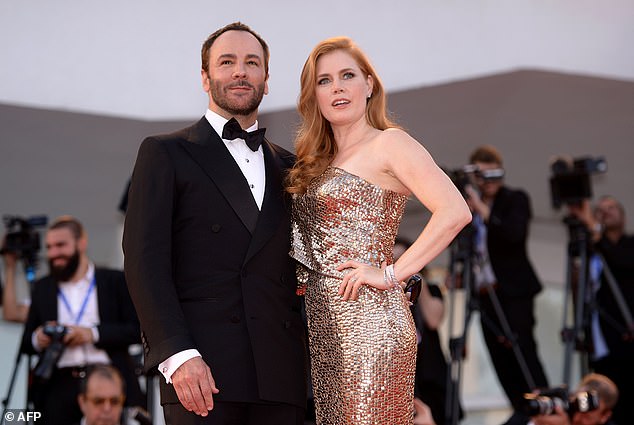 Ford and his business partner Domenico De Sole had a dramatic falling out with Kering in 2004 when the group took control of Gucci and YSL, which the pair were overseeing.

Overnight, they were tossed out on to the streets of the international fashion industry where they had been huge stars.

Since then, Ford has launched his successful beauty and eye- wear range along with his clothing business which is now making him even wealthier. Eighteen years after parting ways from Kering, he must be feeling pretty smug.

The recent Budget strikes me as being business as usual. Thank heavens. Look at where radical action got us when Kwasi Kwarteng and Liz Truss had their turn.

I can’t remember a Budget where we all thought the news was fantastic and felt immensely richer. Nor can I remember one where public services were shrieking with joy over their bounty.

Taking from one hand to give to another is always what happens – it just depends what hand is yours at any given time.

Move over Harry Styles, the new pin-up is gardener/chicken-keeper and eco-campaigner Arthur Parkinson, whose fans include Kate Moss (she has her own flock of chickens).

Such are Parkinson’s luscious good looks that his publisher displayed Nigel Slater’s endorsement ‘Simply Gorgeous’, next to his rosy-cheeked face on the cover of his guide to container gardening, The Flower Yard.

But Parkinson is far from just a pretty face.

Along with his gardening, he is leading the chicken welfare defence troops along with vigorously supporting the free-range egg business threatened by the current avian flu epidemic.

His Instagram page is well worth following not only for his passionate knowledge of this arena, but for his enchanting illustrations.

It’s made even me interested in the welfare of Burford Browns and Cotswold Legbars. 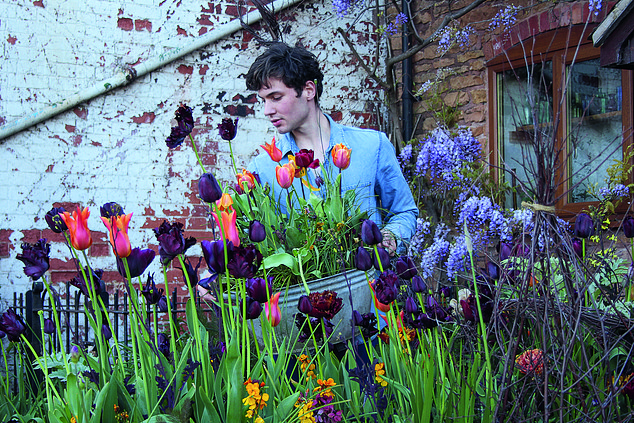 Like many women journalists, my heroine is the late Joan Didion, so I was fascinated to see the results of the auction of her belongings that took place last week in New York.

A set of used orange Le Creuset ovenware went for $8,000, a pair of faux tortoiseshell Celine sunglasses for a ludicrous $27,000, and a fragile-looking small bamboo side table, of the kind you can find in any local street market, reached $4,250.

Closest to my heart was a copy of an enormous unabridged Random House dictionary, identical to the one that my mother still has. Lot 77, estimated at $500, went for $11,000. I’m wondering if we have a family heirloom on the shelf.