Learning from experience! Ali Fedotowsky‘s time on The Bachelorette taught her a few things, including what not to do ever again.

“Only thing I regret is this hairdo! Ha! But seriously my style was horrible when I was on the show!” Fedotowsky, 36, said during an Instagram Q&A on Thursday, July 15, sharing a photo of herself from the ABC reality show. “I do wish I enjoyed it more in the moment but I would never regret it! It’s the reason my life turned out the way it has today!” 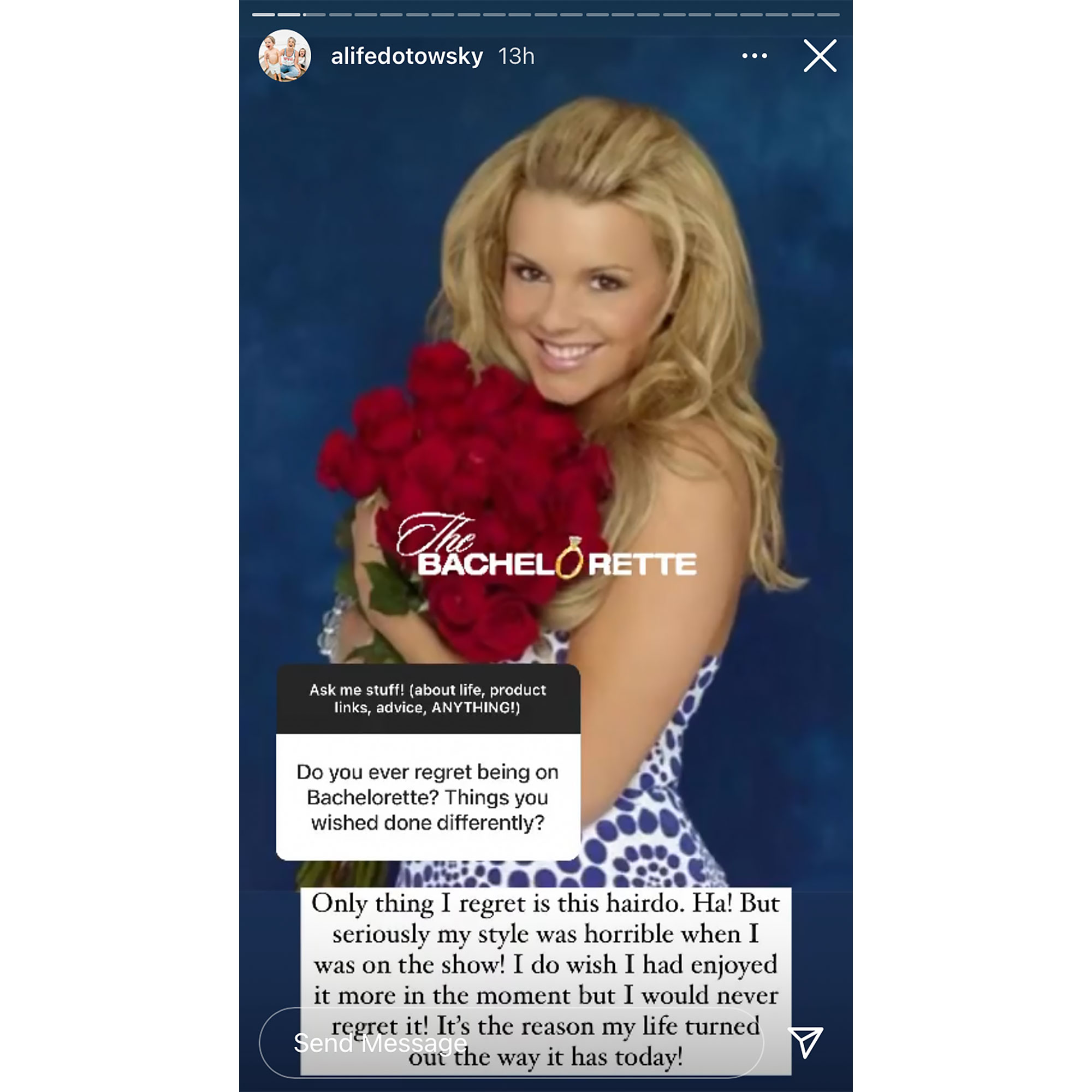 Fedotowsky, who originally appeared on season 14 of The Bachelor in 2010, was later named the lead for season 6 of The Bachelorette. She ended up accepting a proposal from Roberto Martinez, but the entertainment journalist and Martinez, 38, called it quits one year later in November 2011. Fedotowsky later married Kevin Manno in 2017. They share two children: Molly, 5, and Riley, 3.

The Massachusetts native previously opened up about why her experience on The Bachelorette wasn’t always a fond memory.

These ‘Bachelor’ and ‘Bachelorette’ Babies Will Melt Your Heart 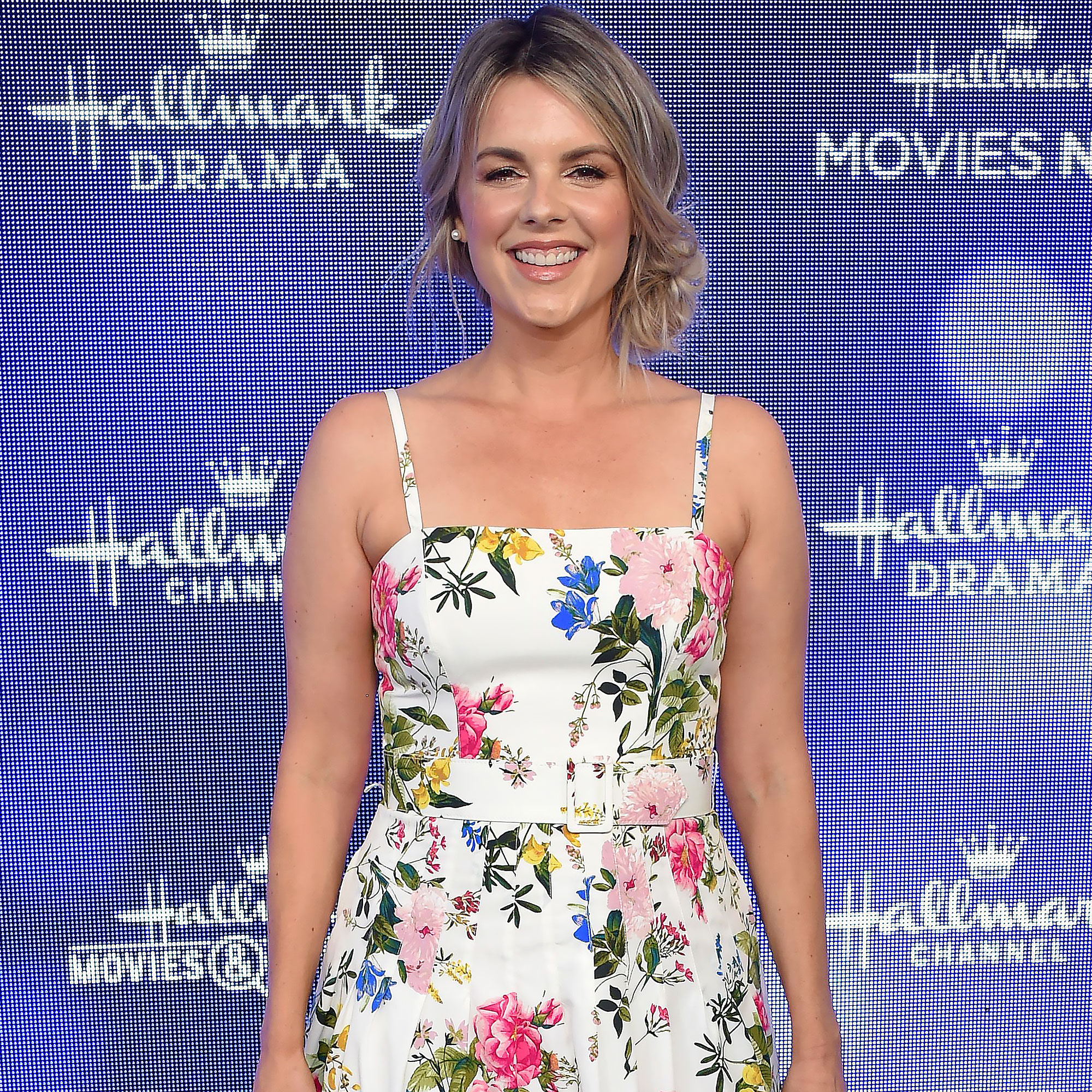 Fedotowsky struggled when it came to keeping contestants that she knew she wasn’t interested in.

“I found it very hard to date people that I knew I wasn’t going to end up with. Like, I walked into night one of The Bachelorette, knowing my top two guys,” she added. “A lot of people are that way. That’s why people who get the first impression rose are always in the top two or three. … You know your attraction to somebody right away.”

The former reality star discussed how she approached getting to know her contestants and finding out who she connected to the most.

“Instead of saying, ‘Do I really see something with this person?’ Because, obviously, that’s not true — for anyone to believe that a Bachelor or Bachelorette sees something with 25 people the first night … that’s just so unrealistic,” Fedotowsky told Us. “So instead of thinking, ‘Do they see something in this person?’… It’s like, ‘What do I want to know about this person? Or what do I want to find out about this person that I’m not done exploring?’ And not even romantically, like, maybe because I find them interesting or because I find that I know they’re up to something. I’m gonna figure it out. So there’s always a reason and that reason isn’t necessarily ‘I see a future with you.’”