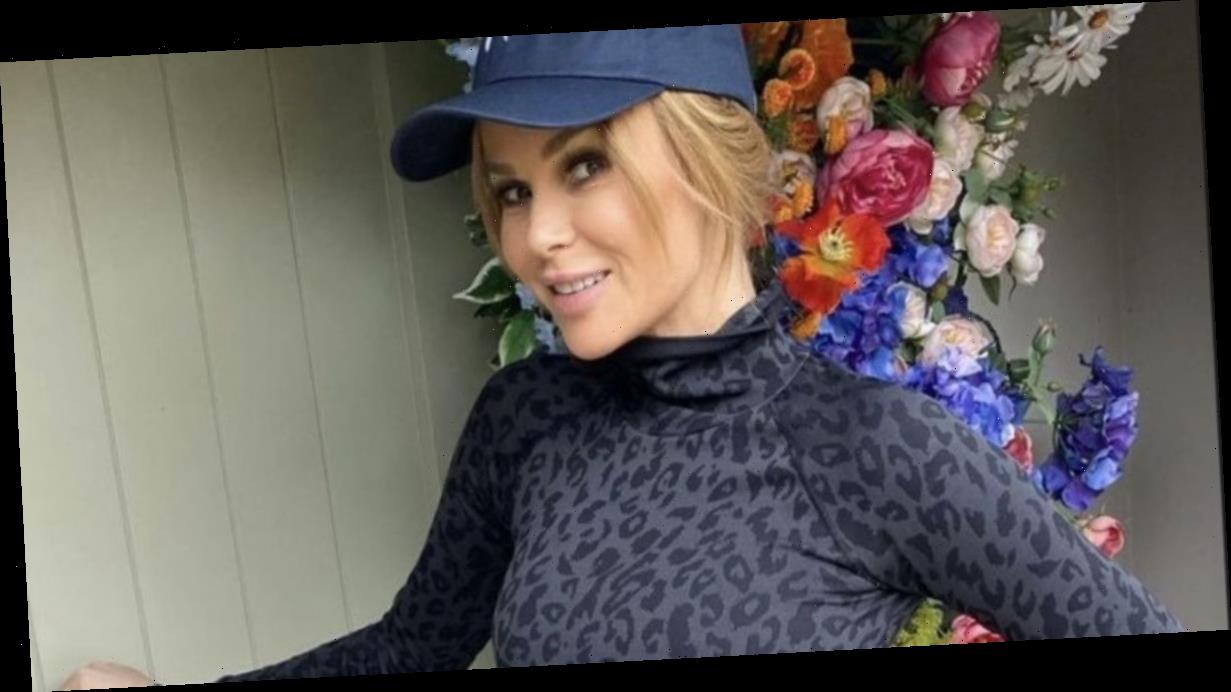 Amanda Holden has taken to social media to share a string of stunning snaps as she makes the most of her daily exercise.

The Heart FM Breakfast presenter has become known for her sizzling snaps over recent months, sharing photographs to her millions of fans as she squeezes her frame into pieces taken from her sensational wardrobe.

Amanda, 49, also dazzles her online followers, documenting her various workouts and how she keeps in shape.

The blonde bombshell made it no secret that she was heading out for her daily run as she posed for a snap at her front door before taking a selfie for her 1.6 million Instagram followers.

Amanda looked sensational as she rocked a black leopard print tracksuit that wrapped perfectly around her curves.

Her bulging bosom protruded from the material as she glanced towards the camera, offering a flash of her pearly white teeth.

Looking every inch the star, the West End actress placed her manicured hand on her hip while posing for the photo as she expressed her delight at having some downtime.

Her hair was styled into a loose, low bun, kept intact with a black snapback hat, while she rocked a face of immaculate makeup and a gentle touch of pink lipgloss on her plump pout.

Captioning her first post which saw her posing for a full-length snap, she said: "The best runs are the ones you talk yourself into".

Her selfie, which gave fans a close up look at her hat and rosy cheeks was captioned: "Positive vibes on my run today."

The TV babe's post comes just days after ITV announced the bombshell news that Britain's Got Talent will not be returning to screens this year. ITV made the tough decision to take the show off the air as they struggled to "make it work in a pandemic".

Sharing the devastating news, a statement read: "Despite everyone at ITV, Thames and Syco doing their best to make it happen, and with our absolute priority of safeguarding the well-being and health of every person involved in the programme from judges, hosts and contestants to all of the crew and audience,

"The decision has been made to – unfortunately – move the record and broadcast of the 15th series of Britain's Got Talent to 2022."

They added: "BGT is known for its diversity of talent with big dance groups, wonderful choirs and lavish orchestras at its heart, and it has become clear that not only is it not possible to film auditions with these types of acts in a secure way but also that they are not able to adequately rehearse and prepare safely.

"Safety has to come first and, as a result, the recording of the show can’t currently go ahead as planned."