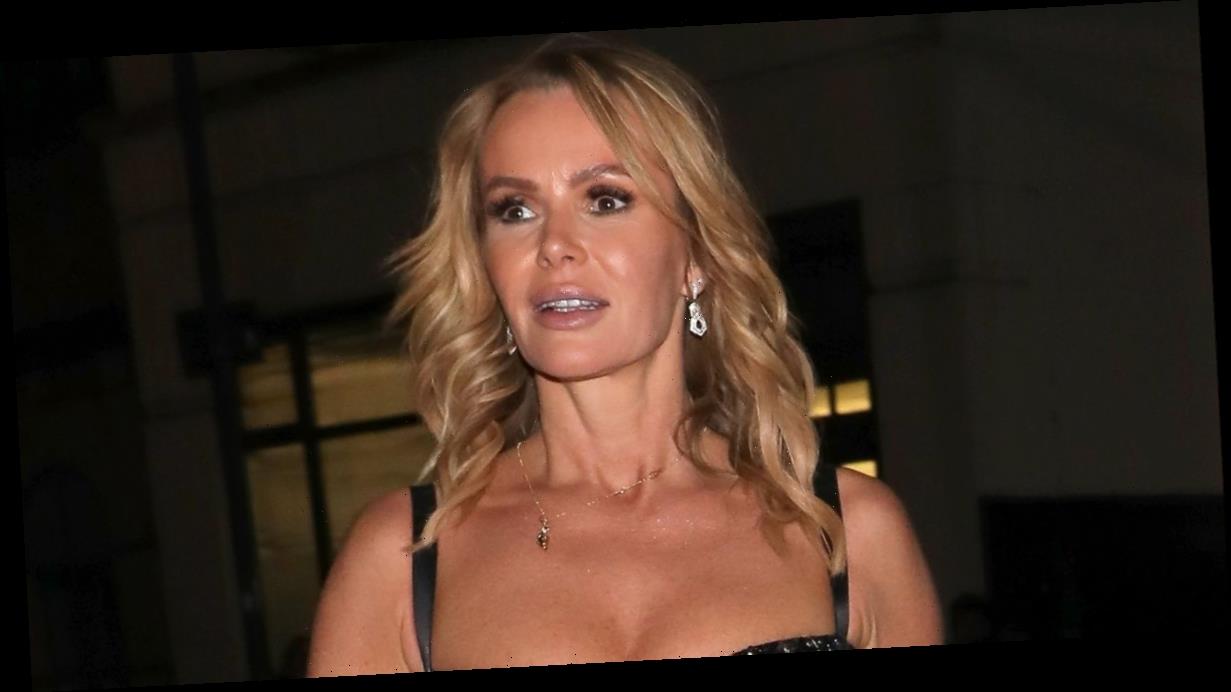 Amanda Holden may be known for her love of a night out but during last night's Global Awards she made a pact with herself to keep things under control.

The Britain's Got Talent babe, who currently co-hosts the Heart Radio Breakfast Show alongside Jamie Theakston, told pals she was going to give herself curfew of 9.30pm not to drink past.

However, despite making sure she didn't booze into the night, onlookers have revealed was in the party spirit.

An onlooker told Daily Star Online: "Amanda was in the partying mood and couldn't wait to enjoy the evening.

"She planned on keeping things tame and had set herself a curfew not to drink past 9.30pm.

"Despite sticking to her self-imposed curfew it's safe to say she was having a good time.

"She appeared to be sat on the top table with Global's boss which was stacked high with complementary drinks including Bollinger champagne."

Amanda headed home shortly after 10pm in order to allow herself time to sleep before heading back to central London for her breakfast show.

Featuring glittering diamond detailing, the blonde gal shone and dazzled as cameras flashed around her on the blue carpet.

Thanks to the shoulder less design, Amanda was able to tease her killer cleavage while keeping her modesty intact.

Awkwardly, as she was escorted to a waiting car at the end of the evening, Amanda was seen scrambling to the floor as she accidentally dropped her make up into the curb of the road.

Ever the professional, the starlet was back on air on Friday morning to wake up the nation.

Whipping her fans into a frenzy, Amanda posed up a storm by lifting one of her legs high up and resting it on the stairs bannister.